The budget smartphone market is the most coveted one with a lot of players vying to get attention from the prospective users. Lava mobiles has launched a new sub brand under its subsidiary Xolo named Black. The first Xolo Black phone has been made available with a set of unique features. Competing with the likes of Xiaomi Mi4i and Yu Yureka, the device promises to be a step ahead. Let us find out the features one by one. 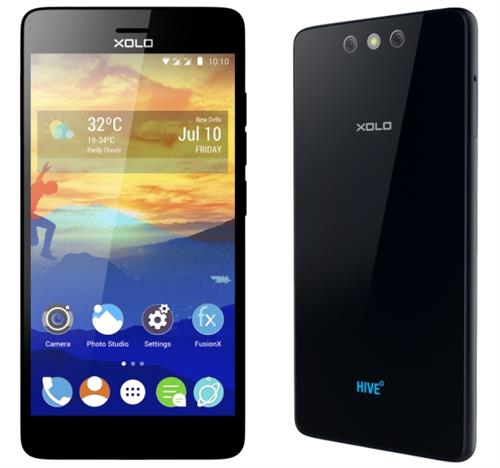 The Xolo Black tries to be premium with its features. It has curved edges and a metal frame with matte finish. In a unique departure from what has been observed in a normal phone in this range, Xolo Black has Gorilla Glass 3 protection on front and back panels. This is in sharp contrast to the competitors like Mi4i which use polycarbonate. Front of the phone is dominated by the touch screen with the soft keys just below the screen. The keys are too small and unnecessarily widely placed. Backside of the phone has Dual camera setup. There is a metallic frame that runs smoothly across the device. The phone more or so looks like iPhone 6 or Sony Xperia Z3.

Physical dimensions of the phone read at 153.67x76.71x7.13 mm while it weighs 165 grams. The device has a 5.5 inch Full HD IPS screen with the resolution of 1920 x 1080. The pixel density is 401 ppi. Being an IPS display you will get good outdoor legibility and better viewing angles. Color reproduction is quite good, yet colors appear little warmer on Xolo Black compared to the competitors. Mi4i has a better pixel density of 441 ppi than Xolo Black.
The front glass panel has Oleophobic coating which helps you get rid of smudges. The notification breather in the power button seems meaningless.

The phone is powered by Qualcomm Snapdragon 615 Octacore processor.  The clock speed is 1.5 GHz. It is the same processor we find in Yu Yuphoria. Though it is a powerpacked processor capable of effective multitasking and RAM management, there are some issues that have frequently been observed. Important among them is the overheating. Xolo seems to have taken enough care to solve this issue. Maximum temperature that has been observed on Xolo Black is 41 degree centigrade. The phone does not heat too much. Graphics needs are taken care of by Adreno 405 GPU. 2 GB on board RAM is a welcome gesture. It ensures lag free operation. The device has a 16 GB internal memory which can be expanded upto 32 GB via microSD card. However, there is a catch here. If you want to use additional memory, you will have to sacrifice the dual SIM functionality. That is because the second SIM slot works as a microSD card slot. So you need to choose either a dual SIM capability or the expandable memory. 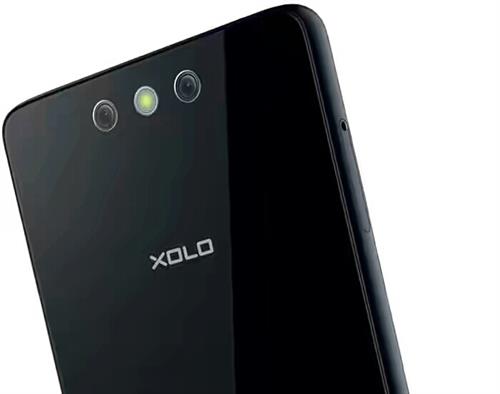 Xolo Black is targeting the camera buffs with its unique features. It features a 13 MP rear camera. The rear camera is actually a dual.camera setup. It consists of a 13 MP primary sensor and a 2 MP  secondary sensor. It has been stated that such dual setup ensures faster and improved auto focus speed. Xolo states that the device is capable of focusing in just 0.15 seconds.

It also packs in some great camera options. UbiFocus is one of them which lets you refocus the images even after the picture is taken. Optizoom is stated to improve the quality of the image in zoomed shot. However, in practice digitally zoomed images always tend to be grainy. The feature , though unique, feels just gimmicky. Chromeflash is another unique option which captures two images in succession - one with flash and another without. The software then combines both the images into a single image.

Images snapped are quite detailed and okay. Camera app is quite easy to use. In fact, The phone has two camera apps - one standard app and the other dual camera app. Standard app consists of the regular filters and effects. Dual camera app - surprisingly - lacks some of the features and settings in the main app.

Instead of two separate apps it would have been better to have a single app with settings for dual camera and regular camera. For your selfie needs and video chatting,  there is a 5 MP front snapper. Here again, Xolo comes up with an additional feature in the form of flash for the front camera. You can easily take decent selfies even in low light situations.

The Xolo Black runs on Android Lollipop 5.0.2 out of the box. It runs on a layer of Hive UI which has certain features and tweaks that are not found anywhere else. The app drawer is different from the regular ones we have seen so far. There are a few pre-installed apps like Mcafee, Comet browser and Hive branded security and privacy apps/tools. There is a unique feature named Underground . It is used to hide the apps and files.  UI tends to be slower. It is sluggish in loading the screen at times.

Battery capacity of the device is 3200 mAh. One must say it is quite impressive at this price range. You can get around 4 to 6 hours of backup time on regular usage. Review sites have reported a video playback time of 9 hours. The device has support for Quick Charge which helps to get the phone charged to 50% in an hour and fully charged in 2.5 hours.  One strange thing though, notification light has been embedded in the power button which keeps blinking when you have pending notifications. What is the use of having it in the power button? You will only be able to see it from a particular angle. Rather it should have been in the home button.

The phone offers dual SIM compatibility,  but you will need to make a choice between expandable memory or dual SIM functionality as stated above. You get 4G compatibility. Regular connectivity ootions are available like Wifi, microUSB, GPS, Bluetooth etc. Incidentally,  the Xolo Black supports USB OTG connectivity. It has the regular sensors in the form of accelerometer, ambient light sensor, proximity sensor, gyroscope and magnetometer.

The phone has been priced at Rs. 12999. Like most of its competitors, Xolo Black will only be available for online purchase. But in a departure from the norm with these phones before, Xolo Black will need no invitation/registration and will be available on an open sale. The device will exclusively be on sale on Flipkart. Xolo has also partnered with Vodafone to market the device at select Vodafone Stores.

The device has premium looks. It has been observed to have an above average performance. The unique selling point of the device is its camera. Some of the special camera features should be great news for camera buffs. The Hive UI offers some great customisation options. A good set of hardware coupled with a reliable performance should make it a good buy at this price segment.

I am sorry for the mistake. Thank you for pointing out the error. But, SD 615 has heat issues. That is exactly what I was trying to point out. Xolo has stated that they have fixed the heat issues though.