Deciding the Top Turn Based Strategy Games is a complicated task. At least for me. I am a big fan of strategy games, be that turn based or RTS games like Age of Empires (real time strategy). So how to decide which games are worthy of a Top list? First I have to be a bit of impartial, even if I do not like a certain title, I have to judge it by the gameplay. Be aware, that I did not mention the word "graphics".
Just because a game does not have amazing graphics, that does not mean it is not good. I can live with "average" graphics if the game in question can deliver me excellent gameplay and engaging story, plot, etc. 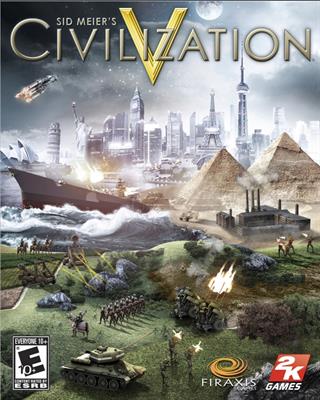 Sid Meier's brought us many great games, but he is more known for the Civilization series. Some companies tried to "imitate" their games but they always lack the great simple concept of the original.

One of the game in the series was Civilization 3, it implemented online play, LAN play and hot seat. The game puts you in control of a civilization since the early ages of a small tribe. The strong feature of any kind of CIV game was the tech tree that you had to advance and discover new technologies to advance your civilization. From the discover of iron to forge swords to the atom where you could make nuclear bombs and become a super power.

For many fans, Civilization 4 was the best game, and in 2010, Sid Meier's brought us Civilization 5. A more easy approach, and many tasks are much more simpler. The diplomacy is very well done, and instead of just choosing a government type like republic or democracy, the game introduces us the concept of social choices that will affect your civilization. With the current technology in graphics, the game is well detailed and it offers a isometric view of the map where all the action happens.

To be honest, I think this last one, was made for a wider audience than for the hardcore fans. It does have great concepts, but at the end it gets too much simple, while the former series was much more complex. Still, if you enjoy a turn based game that can give you hours and hours of fun, planing, warfare and so on, any Civilization will deliver. 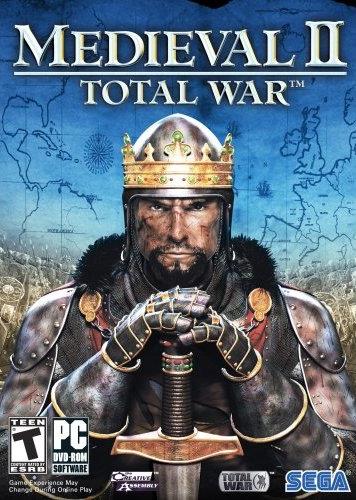 Winner of many awards, the Total War series introduced a great concept that many people were waiting since basic turn bases strategy games came to the PC. For the first time, Total War brought together two of the most cherished type of strategy games in just one: A turn based game and a "RTS" (real time strategy) game.

The series started with "Shogun Total War" and after the great success, "Rome Total War" was released. The concept of managing a empire was somehow similar with previous turn based games, but this time, when battles happens, the player can control hundreds of units in formations in a 3D perspective. So any game of the series had a huge success because this well implemented merge between two genres that until now games only dedicated to one type, gave the player a much more "personal" approach building his empire.

The next in the series is Medieval 2, it focuses on the early age when Europe were ruled by small kingdoms. Courts like England, France, The Roman Empire, Spain, Portugal and the Muslim factions like the Moors, Turks and Egypt came to the world fighting for independence and to acquire new wealth beyond their borders.

The game engine is very well implemented and has good graphics. They may not be spectacular like in many modern games, but it fits well for the type of game. Total War presents to the player a great detailed campaign map with cities to conquer, Castles to assault and to siege all the technology of the time. Swords, Archers, the famous Longbows from the English, the might of the Calvary of France and so on. All units for each faction are detailed in armors, shields, banners, they gain experience and great generals and royal families came to power to quickly be overthrown by more powerful nations. 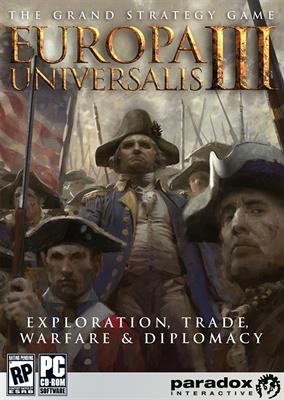 The game is not what we can say, a true "turn based game" since it is more of a live event. The game time is processed in days, months and years, and the clock is running. You can accelerate or slow down the time, or even pause it if needed, but the way the game actions are processed, the player usually tends to push forward the game time. You have more than enough time to decide every move and all the decisions you want to make.

Europa Universalis 3 contains over 300 countries and you have over 400 years of historical events to make your country a great power. Sending new colonists to other provinces, trading, diplomacy, army building, developing new infrastructures in your colonies, adapting factors like religion, courts, researching new technologies etc etc. well, I can tell you the game never has a dull moment.

All the action happens in a beautiful map with great graphical quality. It provides a multiplayer option that can be played with a friend over LAN also. Against the typical games like Civilization, this is a more in-depth game, with much detail in management. If you are looking for a game just to have great battles and so on, this is not for you, but if you are one of those people that enjoy a really good game of strategy and developing many areas in your country, then it will give you a lot to do and many strategies to think about, try and discover. This game is not easy to learn for a casual player, but if you are really one of those hardcore strategy players, then this is a must have game for you. 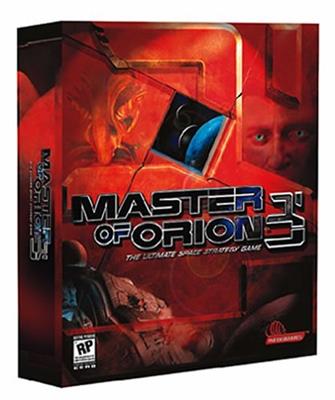 The game focuses on the conquest of other solar systems against a few alien races, it has some similarities with Galactic Empires, but the easy interface and the endless options of the game, makes it very friendly. It takes a bit to get used, but once you master all the interface, it's child play.

You have to develop your colonies (worlds), research new technologies, build ships and use diplomacy to fight your way for the dominant power of the galaxy. You can select different type of ships, in size and configuration and customize every single aspect of it, and I'm not talking about nice colors. The type of armors, shields, weapons, missiles, fighters, bombers, the list is endless and according to the development of your technology, you can build powerful fleets to make you the dominant power.

Master of Orion is a pure turn based game with focus for conquest and space battles. Still, you must take care of your colonies, developing them with the new technologies, allocating workers, scientists and farmers.

Besides of the many changes that the 3rd game implemented, the most welcomed one was the ability of the space combats to be in real time, opposite like it's predecessor Master of Orion 2, where the battles occur by turns, still there was a patch that allowed the "initiative" ability depending on the type of ship. Master of Orion 3 is a great game of strategy but not for the casual player. Still, if you think you have the will and the patience to learn this incredible game, you will not be disappointed. For the fans of space turn based games, there is hardly anything like it.

Just a word of caution; Master of Orion 3 is a confusing game, hard to learn, with a very big learning curve and when it came out, it got very bad critics because of the interface and many other aspects. 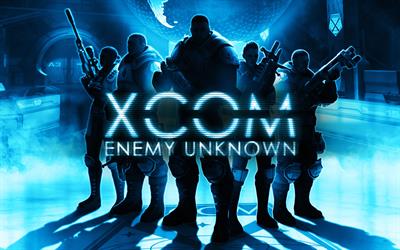 The XCOM series came around in the 90's, where the first one, X-Com UFO Defense was the first game that introduced a new concept in turn based strategy game. But that was not all, UFO like many fans call it, put the player in command of a special force dedicated to repel a invasion of aliens.

The game at the time made a legion of fans because of the 2 types that allowed the player to develop and fight the alien menace. The game was always divided in two parts, first, you had a world map where you build your bases and develop new technologies, weapons, ships, research the technologies that were captured from the aliens and the second - the financial situation, where the world countries would increase or decrease their funding to the player, according the player's performance on their territories.

X-Com UFO Defense brought 2 other sequels, X-Com: Terror from the Deep and X-Com: Apocalypse. This 3rd one was made in a more complex way, the main things like research and manufacture were kept but this time the human population was almost extinct, leaving a huge city to protect. The concept of corporations and factions were introduced and if the player took more time to please some corporations, it would hurt relationships with other factions.

The series became famous because of the tactical way of playing while doing missions, where all the actions were by turns, every movement, every action was counted with "Time Units" giving the player hard choices to make while doing these missions. Do we spend all time units on a soldier and leave him exposed, or do we advance slow, and save time units to shoot in case a enemy is spotted? This and many other decisions must be very well studied by the player.

So, these were some high quality strategy games for PC. Do let me know your opinion in comment section.

Do you like to make plans and go by a strategy while playing games? Would you like to play such Strategic games on Facebook? If yes, then read this article to know the top 5 Strategy games that are available on Facebook, their features and short reviews.