LG G4 is a power packed device which is the latest flagship from LG. But there are people who may not be able to afford the high end device because of its price factor. LG has come up with the mid - range budget phone with similar design and features for them. LG G4 Beat has been designed for the budget conscious customers. 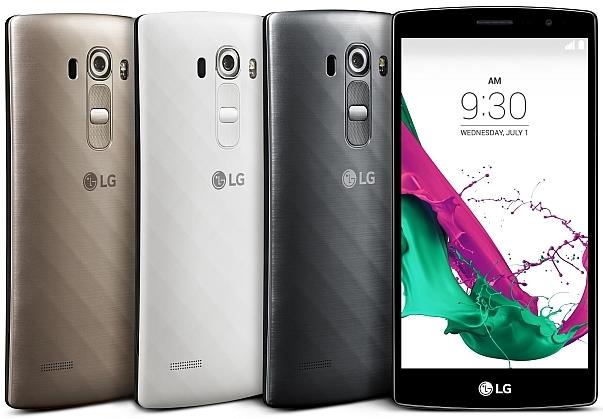 LG G4 Beat is a compact or mini version of the big brother G4. The physical dimensions of the phone read 142.7x72.6x9.9 mm. It tilts the scales at 139 grams. Being a budget phone, it will not have the leather option as in G4.  However, you have the color options for its case.  The phone comes in four color variants of Metallic Grey, Ceramic White and Shiny Gold.

LG G4 Beat has a 5.2 inch IPS LCD screen at a resolution of 1920x1080. It has a smaller screen than the 5.5 inch on LG G4. The pixel density of the screen is 423 ppi. The IPS display will have good viewing angles and outdoor legibility.

The new entrant in the smartphone arena is powered by Qualcomm Snapdragon 615 Octacore processor with a 1.5 GHz clock speed. It is a bit less powerful in comparison to the Snapdragon 808 processor on LG G4. Being a 64 Bit processor, the Snapdragon 615 is a good one in terms of better RAM management and effective processing power. The on-board RAM capacity has been halved from 3 GB to the 1.5 GB. However, it should be enough for a comfortable average multitasking. Graphics are taken care of by Adreno 405 GPU. LG fans will be disheartened with the internal memory on the phone at 8 GB. LG should have come up with at least 16 GB of inbuilt memory which has become almost a norm these days. Details about the availability of expandable memory options have not yet been confirmed by the company.

LG G4 will ship with Android Lollipop 5.1.1. The customisation is provided by LG's latest LG UX 4. 0 UI. The UI was introduced along with LG G4 which has been welcomed with much appreciation. The UI is much leaner. It does not have heavy bloatware as in the Samsung devices.

LG seems to have been going great guns with its camera quality in its latest range of smartphones. The LG G4 Beat houses an 8 MP rear camera with a 3264x2448 resolution. It has the same features as on G4. It has LG's exclusive Color Spectrum Sensor. This sensor enables you to get better color reproduction. The manual mode introduced on G4 continues to be on this new launch as well. The manual mode lets you capture more finer details in a snap. It allows full control to the user on every shot. The front camera on the device sports a 5 MP snapper. It has LG's patented Gesture Interval mode which again was introduced on the flagship G4. It allows you take four consecutive snaps with a single gesture of your hand.

Latin American version of the device is stated to have a 13 MP rear camera - the same as on the G4.

LG G4 Beat carries a 2300 mAh battery as compared to the massive 3000 mAh on LG G4. Information about the standard talk time and standby time have not yet been revealed. As has been the norm these days, the phone does support 4G LTE connectivity. Apart from that it does have usual connectivity features in the form of WiFi, Bluetooth 4.1, microUSB and GPS.  It also supports NFC. There is no information on the availability of FM radio though.

LG has not yet revealed exact launch price yet. The phone will be launched in select key markets in Europe and Latin America in nations like France, Brazil and Germany later in July. The presence will be expanded to other markets including India, Canada, Russia, Singapore, Turkey and South Africa later. As far as the pricing is concerned, LG has stated that the pricing will be announced "locally at the time of launch".

Though it could be too early to predict about the device, yet I would assume that the device will receive a good response from LG fans. Given the fact that the flagship G4 has received a widespread appraisal -especially in camera department, we can expect the similar acceptance in case of G4 Beat as well. With some innovative features and constant development, LG has been quite a good name to look forward to. Everything will be clear when LG launches the device in india and announces the price.