The Dazen1 has a few good hardware specifications along with its uniqueness of being innovative. Coolpad is known to be most innovative smartphone manufacturer in China. In what ways will it affect the prospects of Yu Yuphoria? How will both the devices compete with each other? 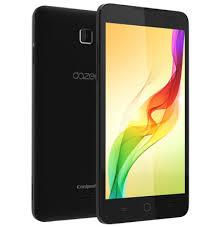 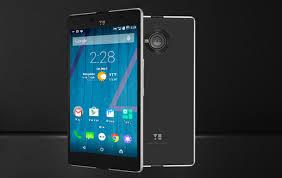 Both the devices come with a 5 inch IPS full HD screens. Yuphoria screen is protected with Gorilla Glass 3 while Coolpad has not provided any information on the availability of any such protection. Yuphoria has the physical dimensions of 154.8 x 78 x 8.8 mm, while those for Dazen1 measure 141 x 71.5 x 9.3 mm. As can be seen with those dimensions, Yuphoria is thinner than the Dazen1. Also Dazen1 tends to be on the heavier side with its weight of 155 grams compared to Yuphoria which weighs 143 grams.
Build wise Yuphoria looks more premium with its metal frame. As for back panel, both have plastic panel – but Yuphoria boasts of soft touch back panel. Since both the devices are blessed with IPS display, they have good outdoor visibility and viewing angles.

Also check: A review of Yu Yuphoria - How does it fare?

Both the devices have the same 1.2 GHz Qualcomm Snapdragon 410 Quad core processor. Having 64 Bit processor is an added advantage for both of them. Even in the RAM department, they share the same 2 GB RAM. As for the graphic needs, Yuphoria has Adreno 306 GPU, while the Dazen1 has no GPU for the purpose.
Yuphoria scores over the Dazen1 in terms of the internal memory capacity. It has 16 GB memory compared to just 8 GB on Dazen1 . However, both of them support expandable memory up to 32 GB via microSD card.

This is where the biggest difference comes up. Yuphoria runs on Cyanogen OS 12 based on Android Lollipop out of the box. Cyanogen, incidentally, is the most sought after ROM in terms of customization. There is practically nothing that cannot be customized on Cyanogen. At the same time it may not be everyone's cup of tea. You need to be tech savvy to be able to use Cyanogen effectively.
Dazen1, on the other hand, comes with Android Kitkat 4.4.4 out of the box. It has customization by CoolUI 6.0. Coolpad has stated that it will get the Lollipop update soon.

Both the devices have the same 8 MP rear camera with almost similar features. They have the similar 1.4 micro pixel size and other features like Geo tagging, face detection and HDR abilities. Either of the device has HD video recording capability at 1080p.
Camera quality is not something great about. You get some decent snaps. However, Dazen1 suffers from the inability to focus properly. Close up snaps struggle to get focus and go blurred. So, if you are a camera buff, Dazen1 may not be suitable for you. Both the competitors have the similar 5 MP front cameras. They provide decent selfies, though not outstanding.
By the way, Yuphoria has a surrounding ring around the camera which is called Saturn Ring. Though it has no additional functionality, it adds to the look.

As far as connectivity features are concerned, both of them share the similarity again. Both support dual SIM and 4G connectivity along with other connectivity options like WiFi, Bluetooth and microUSB. Both feature proximity, gyro and accelerometer sensors.
Yuphoria has a 2230 mAh battery with a promised 160 hours of standby time on 3G and around 7 hours of 3G talktime. Dazen1 carries a 2500 mAh battery which is impressive for the price band it has been marketed at. It boasts of a patented Extended Power Technology which, as per the company claims, extends the battery life by 33%. You can get a battery backup of around 7 hours of average usage.

Both the devices are competitively priced at the same Rs. 6999. Dazen1 went for a flash sale on June 9 exclusively on SnapDeal, while the Yuphoria is available on the official partner, Amazon.

Both the phones share the same hardware and price. Dazen1 scores over with its excellent battery capacity and amazing battery backup. Other than that, Yuphoria is the clear winner with the camera, storage space and user interface among others. However, Dazen1 will surely be a force to reckon with given their innovative strategy.

A review of Yu Yuphoria - How does it fare?

Micromax has recently added a new member to its Yu franchise. Targeted at the cheaper segment of the market, it is designed to take on the likes of Xiaomi RedMi 2 and Moto E (2nd Gen). Will it be achieve this goal? Let us find what this device has in store for us.

Coolpad Dazen 1 is better than Yuphoria.