Coolpad has become the newest entrant in the Indian smartphone market with the launch of Coolpad Dazen1. Being a midrange device priced under Rs. 10000, how will the device fare in the already overcrowded price band? Let us try to evaluate the device here.

Coolpad – Who are they?

It being the newest entrant in the Indian market, most of our readers may not have heard the name before. It would be practical to introduce them first. Coolpad is a Chinese smartphone company rated as the third largest in China and Sixth largest globally. They are a name to reckon with because they are most innovative of them all. They carry a big list of patents in their name. Having entered India with their Coolpad Dazen1, we – Indians are sure to have a treat with innovative ideas. 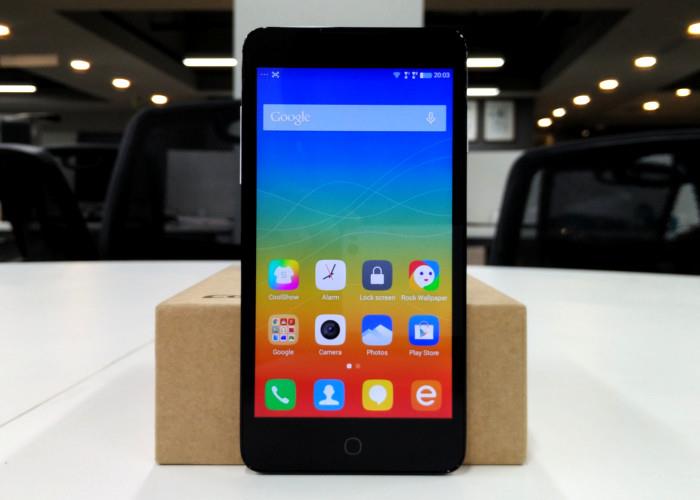 Coolpad announced the Dazen1 around a week before the launch on June,8. Available exclusively on SnapDeal via a Flash sale, the device has received overwhelming response.
Keeping in tune with the latest trend of offering high end specifications at relatively lower price, the Dazen1 aims to compete with Yu Yuphoria, RedMi 2 and Moto E 2.

Design and Display
The device impresses in terms of looks. With physical dimensions of 71.80 x 140.99 x 8.87 mm, the phone weighs 156 grams. The phone has a good build quality with color combination of Snow white and Black. A good quality plastic for the body and a matte finish at the back gives a great feel and touch.

The placement of buttons and ports has been kept simple. The power button adorns the right side while volume rockers sit on the left. The audio jack is placed at the top and the microUSB port at the bottom. The phone has dual SIM support and needs micro SIM to function.

The phone sports a 5.0-inch full HD IPS screen with a resolution of 1280x720. It is blessed with 178 degrees viewing angle. Coolpad has not made any announcement on the availability of screen protection, so users are advised to use screen guards. The phone has good color reproduction. Viewing angles are excellent.

Hardware
The device is powered by Qualcomm Snapdragon 410 quadcore processor. The clock speed is 1.2 GHz which is quite fine with the current range of budget smartphones. Graphics is handled by Adreno 306 GPU.
It has a good 2 GB RAM which takes care of multitasking. Internal memory of the device is 8 GB. It may be a factor for worry with most of the devices coming with 16 GB storage. Of the 8 GB storage space, 4.5 GB is available for user. Out of the 2 GB RAM, you get 1.4 GB free at first boot. The phone has expandable memory capacity of upto 32 GB via microSD card.

One of the positive points of having a 64 Bit processor is the improved RAM management and enhanced performance. The phone is expected to face less lag with multitasking. Also since the apps being released this year are going to be based on 64 Bit codes, the Dazen1 will be quite future proof.
Camera 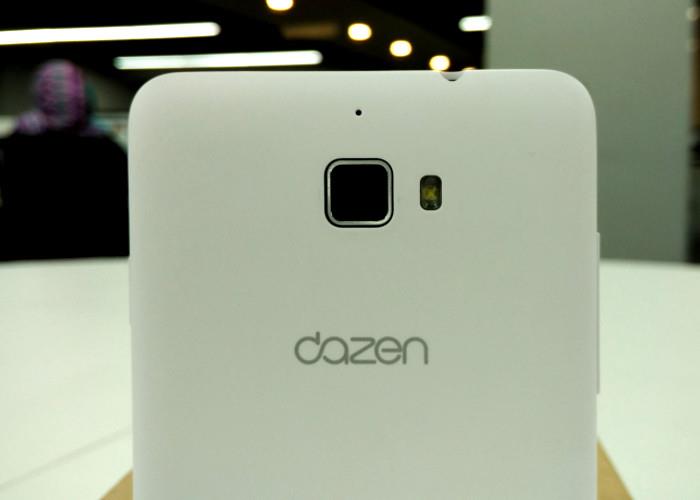 The phone sports a 8 MP rear camera with autofocus and and LED flash. It has a f/2.2 aperture. The device lags behind the competitors, especially RedMi 2 with an average camera. Long shots appear satisfactory, but the phone struggles with focus. You are forced to move away from the point of interest to get a good focus. Getting a focus on a closer object becomes a herculean task and the images taken tend to be blurred.
A front camera of 5 MP is provided for selfies and video chats. The camera provides a few decent snaps.

Software
The phone comes with Android 4.4.4 Kitkat out of the box. The OS has been customized with Cool UI 6.0. There is a support for multiple windows where you can run two apps simultaneously on a single screen.

Other features
The phone has support for 4G/LTE on one SIM while the other SIM supports only 2G. Sensors on the device include accelerometer, ambient light sensor and proximity sensor. Other connectivity options on the device include WiFi, Bluetooth, GPS and microUSB. The battery capacity of the device is an impressive 2500 mAh for the price band. It really does a good job. It boasts of a patented Cool Extended Power technology which is said to be capable of extending battery life by 33%. Standard talktime as mentioned by the manufacturer is 3 hours. The device is said to have a standby time of 200 hours and a browsing time of 7 Hours. On an average day, you can expect to see a 5 to 7 hours of regular use.

Price and availability
Aimed at the competitors like RedMi 2 and Yu Yuphoria, the phone has been competitively priced at Rs. 6999. This can be treated as a best price for a device loaded with sophisticated high end hardware. Launched via flash sale with the official online retail partner SnapDeal, the phone has received more than One Lakh registrations.

What I think about it?

With competitive hardware and an equally unbelieavable price, Dazen1 may prove to be a big challenge for the RedMi 2, Yu Yuphoria and Moto E2. 2 GB RAM is a well thought strategy, but with the disappointing camera performance and the screen, the phone may not receive the kind of admiration it is expecting. The processor is promising. It needs to be seen how do the competitors tackle this new entrant.

Coolpad Dazen1 vs Yu Yuphoria - Which is better?

Coolpad – one of the major forces in the Chinese smartphone industry – is gearing up for its India operations. It has come up with two launches, Dazen1 and Dazen X7. The former of the lot has been targeted at the Yu Yuphoria and Xiaomi RedMi 2. How does the phone fare in comparison to the Yuphoria? Let us find out here in this discussion.