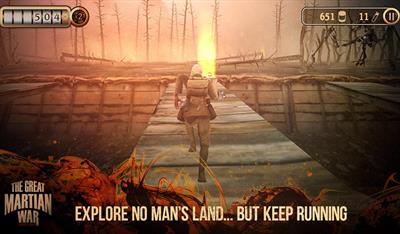 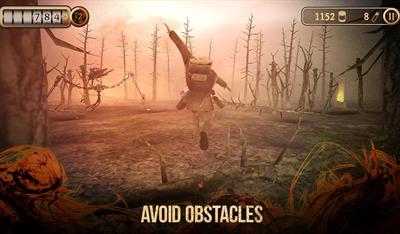 Are you ready to save the human kind from the Martians? You will be playing as Gus Lafonde who is a soldier trying to survive. It is endless running game but unlike Temple Run 2 and Subway Surfers, it has more exciting features. The graphics are nice and what makes the game more real is the timely sound effects. The level generated after every new game is random and hence, you will not get bored to run in the same environment. In gameplay, you have to evade land mines, massive tanks, artillery strikes and Martian war machines. To keep going, you can use different powerups themed on World War 1 as the game setting is placed in the year 1913. While playing, you should always try to collect as much rations and Victisite as possible, as they help to unlock different powerups. Moreover, you can also upgrade your gear like helmet, armor etc. and hence, make your player even more tough to be defeated by Martians!
Additional Details
Requires Android: 2.2 and up
Size: 40 MB 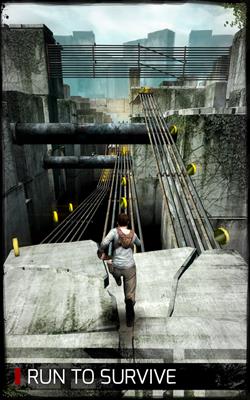 After The Maze Runner movie, its game has been released for Android platforms. Graphic are in HD. The gameplay is similar to other running games in which you have to run, slide and jump. But it has got some very unique content which other games lack. In The Maze Runner, you have to escape the levels within a time-limit, before the maze seals shut. And you can chose different players each having different stamina and speed.

The gameplay is quite impressive where you do not know what can happen after each step. So watch your step and dodge the falling boulders, gushing aqueducts and fiery pits! Moreover, you will not be tired of playing the same level every time as you can unlock new levels as you progress through game. But for unlocking new levels, you have first find the hidden clues in maze. Just like other games, you can collect coins in levels and use them for unlocking new features.
Additional Details
Requires Android: 2.3 and up
Size: 70 MB 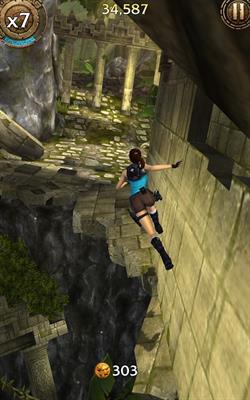 Go on a never ending adventure with Lara Croft: Relic Run game. The graphics are nice and gameplay is very immersive. First time ever, a lot of new features have been introduced in an endless running game. In addition to run, swing, jump, you can drive motorcycles & ATVs and their are times when you have to swan dive too! The gameplay is featured in mostly ancient locations and location is filled with secrets and danger. Moreover, you will also be equipped with weapons to fight off enemies in your way.

Though the game is endless running but still it provides you action game features like boss fights which also include T-Rex! Also, you can upgrade the equipment, and power up weapons too. The storyline shows an unknown conspiracy which threatens the world, so only Lara Croft can remove this "unknown" conspiracy to known and unearth the truth. And now you must collect clues to complete your mission. So run on walls, jump from mountains onto ATVs and engage in a deadly combat with bosses only in Lara Croft: Relic Run.
Additional Details
Requires Android: 2.3 and up
Size: 81 MB 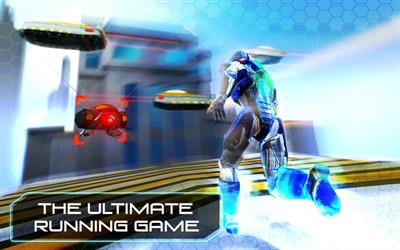 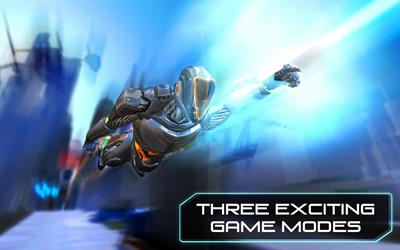 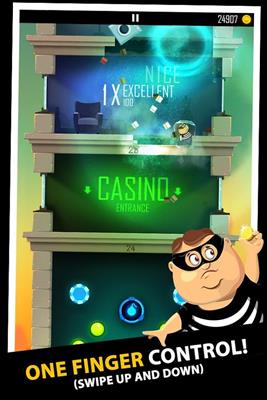 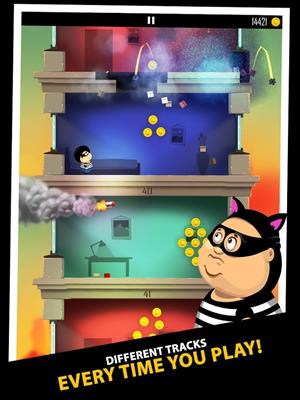 Have you mastered Temple Run games? Are you now board and your fingers are itching? Then, get your hands on Subway Surfers. Killo Games studio has developed an ultimate universal app with HD optimized graphics. The game boasts three adventure tracks and super character crew with maximum energy meter. A simple game but too sample. Read more!