Yu branded devices from Micromax have been posing a big challenge for the Chinese giants like Xiaomi and One Plus among others. After Yu Yureka set high standards with its specifications in its price brand, Yu Televentures has come up with Yu Yuphoria. How does Yuphoria fare in comparison to Yureka? 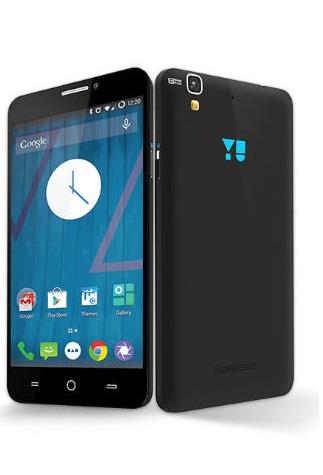 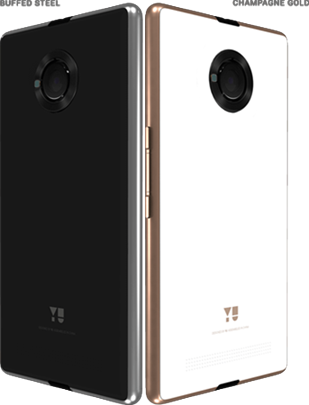 Yuphoria has a metallic lining around the device, thus giving it a premium look and feel. The lining also gives a better grip. Yureka on the other hand comes with an ergonomic design and a plastic body.

Yuphoria sports a 5 inch IPS TFT screen at 1280x720 resolution. The pixel density is 294 ppi. Yureka is blessed with 5.5 inch screen at 1280x720 resolution. Both the devices have Gorilla Glass 3 protection. But, Yureka has a thumbs down in terms of pixel density at 267 ppi, mainly because of its bigger screen.  Yu Yuphoria has full lamination on the screen and is also finger print proof. Yureka has a oleophobic coating that keeps away the fingerprint smudges.

Colors look quite cold on Yuphoria, but Yureka has a display that is comfortable. It has a good 80 degree viewing angle. While Yuphoria employs a new "3-key element" design where power and volume buttons are joined together. Colors look a bit sharper on it because of the smaller screen size.

Yureka had set new unprecedented standards in its price bracket with the introduction of 64- Bit Qualcomm Snapdragon 615 Octacore processor. The processor has 4 cores operating at 1.7 GHz while other 4 cores operate at 1.0 GHz. The Snapdragon 615 processor has better and faster computational operations ability.
Yuphoria is powered by Qualcomm Snapdragon 410 Quadcore processor. The clock speed of the device is 1.2 GHz. Since both the devices are equipped with 64 Bit processors, they are completely future proof. The reason for my terming them futureproof is because of the ability of the 64 Bit processors to optimize performance and RAM management among apps. Users will be delighted with the lag free multitasking. Moreover, all app developers have been directed to base their apps on 64 Bit architecture codes henceforth.
The graphics on Yuphoria are handled by Adreno 306 GPU while Yureka employs Adreno 405 for the purpose. Both the devices have similar 16 GB internal memory and a sumptuous 2 GB RAM DDR3 RAM. Expandable memory options are available via microSD card upto 32 GB.

This is one of the strongest points for Yureka. It has a 13 MP rear camera with auto focus. The camera has advanced features like 5 element lens, wider aperture, wider viewing angles and LED flash. The camera is capable of full HD video recording at 1080p resolution.
Being a device marketed at the cheaper audience, Yu has cut down some of the specifications for Yuphoria. It now carries a 8 MP rear camera with Autofocus and LED flash. The camera features include HDR, wider aperture and 1080p HD video capability. The front camera is of 5 MP with improved characteristics as claimed by the manufacturer.  It also has 86 degree viewing angle and a better 4 element lens.

Yureka has a 2500 mAh battery while Yuphoria has a slightly lower capacity of 2320 mAh. Though the battery capacity appears lower on Yuphoria, it should not affect the backup time because of the smaller screen size and lower clock speed.
Yu Yuphoria promises a standard standby time of 160 hours while the talk time has been claimed to be 7 hours. Music playback of up to 7 hours and video playback of 3.5 hours can be obtained as per the details provided by the manufacturer.
Yureka has a standard talk time of up to 11 hours and 13 hours on 4G and 3G respectively.  Music playback is claimed to last one day and video playback up to 6 hours.

Check this: Coolpad Dazen1 vs Yu Yuphoria - Which is better?

Though Yuphoria cannot be treated as a complete replacement for Yureka, it can be a good successor to it. Since the device has been targeted at the cheaper segment of the market, Yu has compromised on some of the features like camera, processor and battery capacity in Yuphoria. It can dig into the sales prospects of RedMi 2 on the basis of its low price and the Cyanogen frenzied.

BATTERY- 8/10
The backup is decent, 6-7 hrs,
The power saver mode in youphoria is the best that I have ever seen, on screen time is about 6 hrs AND THE QUICK CHARGING IS AWESOME.

CAMERA- 7.5/10
The primary camera overexposes the images and has a yellow/pink tint.

The secondary camera is perfect for selfies and when compared to yureka, yuphoria has a wider angle of the lens .
Group selfies are the best.

LOOKS + DESIGN- 10/10
Excellent, its even very light, the phone doesn't feel cheap, the grip is good

HEATING ISSUE- 7/10
YES it does heat up a lot, especially on playing music and while out in the sun.
The rear side heats up near the camera ring and the mettalic sides heat up a lot.

One way of overcoming this issue is that after using a heavy app, you go to the settings and force stop the application.

BRIGHTNESS- 8/10
Sunlight legibility is nice on max brightness but the adaptive brightness doesn't work well.
Its better than yureka.

SCREEN TOUCH- 9/10
One word :- AWESOME..Better than other phones in same range.

PROXIMITY SENSOR- 10/10
Works fine for me, only some devices were faulty.

UI- 10/10
Cynogen Mode is the best and the most customizable.