Micromax seems all set to dethrone the Xiaomi establish itself as the top homegrown manufacturer. What with their subsidiary Yu Televentures coming up with the second phone under the successful Yu sub brand. After the success of Yu Yureka, now it's the turn of Yu Yuphoria which is aimed at the likes of Moto E 2 and Xiaomi RedMi 2. 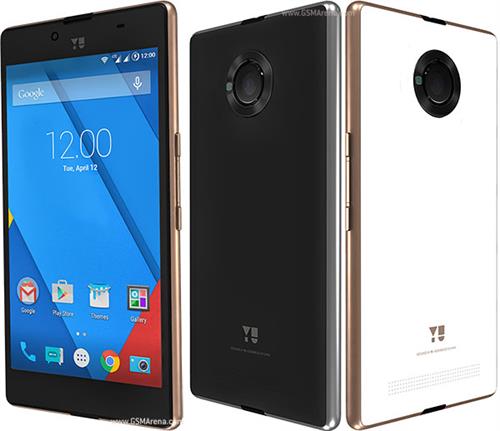 The phone seems to have taken the idea from the Lumia smartphones as it almost resembles those devices. It has a metal rim that runs all along the contours giving it a premium look. The metal rim also provides a better grip. Right side of the phone has power button glued to the volume buttons on either side. Though not something special in terms of functionality, it is a unique and innovative design element indeed. Micromax calls this " 3 key element" design. The microUSB port is at the bottom and the audio jack at the top. Left side has no button.Compared to the price it has been made available at, Yuphoria has a great build quality. With the physical dimensions of 142.3x73x9.35 mm and the weighing 143 grams, the device is quite compact and looks premium.

Yuphoria is blessed with a 5 inch IPS LCD screen. It has the HD resolution of 1280x720.  The pixel density of the screen is 294 ppi. The display is protected by Gorilla Glass 3. Colors appear a bit colder than on the predecessor Yureka.The display has a better 80° viewing angle. The screen has been provided with full lamination and also is finger print proof.

Yuphoria is powered by a 1.2 GHz Qualcomm Snapdragon 410 Quadcore processor. A compromise on the part of Micromax being a downgrade from the Octacore processor on Yureka. It has been done to keep the price affordable.  The on board 2 GB RAM is sumptuous enough for heavy multitasking. Around 800 MB of RAM stays free after around two hours of operation. The phone has been found to operate smoothly with just a couple of intermittent lags.  The additional RAM compared to other brands in the same price band may give Yuphoria an upper edge. Some heating issues have been observed. Also there are some instances reported about phone locking up completely. They can be resolved via software upgrades and we just hope for the updates soon.The Qualcomm Snapdragon 410 processor employs 64 - Bit architecture. In fact, the 64 Bit architecture is the future. It ensures better performance and RAM management. App developers will be focusing on it now and will base their apps on 64 Bit codes and as such this handset is quite future proof. The phone comes with 16 GB internal memory which is quite impressive for the price. You can add up additional memory via microSD  card upto 32 GB. 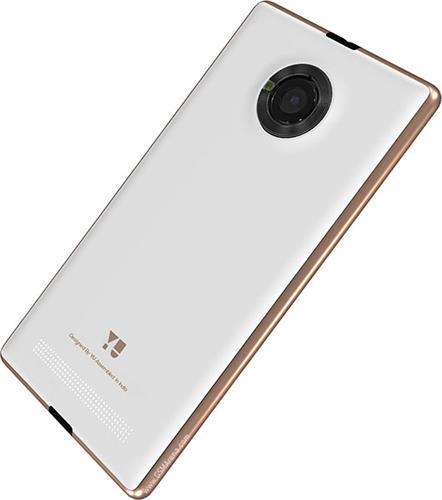 Being a budget handset, the camera is not too much to boast of. It sports a  8 MP rear camera with Auto focus and LED flash. It employs a OmniVision OV8865 sensor. The camera has full HD video recording capability St 1080p.Though the camera specs look great on paper, quality of the camera does not have too much to talk about. You can get average shots in day light, but low light shots get too paler. Some shots tend to get overexposed. The phone has a 5 MP front camera. It offers some great selfie shots. Having said that it should not be an issue to worry about given the price point the phone has been planned at.

Cyanogen OS is the most feature rich OS out there. It offers you unlimited customisation options. Yuphoria comes with Cyanogen OS 12S based on Android Lollipop 5.0 out of the box. The phone has not much pre - installed apps. Boxer, Yuniverse- the native Yu browser and AudioFX- the equaliser are some of the apps that come preloaded. Being a most customisable ROM, Cyanogen offers you a big lot of customisations. There is practically nothing you cannot customise here.

It has Dual SIM connectivity. LTE (4G) is supported on SIM 1. Other usual connectivity features include Bluetooth 4.0, Wi Fi,  microUSB and GPS among others. Audio output is quite good. The battery capacity of the device is 2230 mAh. The lower clock speed and a smaller screen makes battery go through a day. The standby capacity of the battery is stated to be 160 hours.  Standard talk time is 7 hours on 3G. Micromax states that it can provide around 3.5 hours of video playback and 7 hours of music playback. On an average you will get around 5 to 6 hours of usage per charge.

What is my take on this device?

Considering the market it has been targeted at, the phone should be considered good one.  The phone is aimed at the cheaper segment of the market and priced at Rs. 6999. There are better competitions available in the same price range but better camera and features, a few examples being Xiaomi RedMi 2Lenovo A7000. What Yuphoria excels in is the operating system. Being on Cyanogen, it offers you faster updates,  regular security updates and great deal of customizations.  On that note, it could be a good choice.Read Review of Micromax Yu Yureka, latest Micromax Smartphone with the Cyanogen software