Are you looking for the best upcoming games for your Android smartphone? I have provided you a list of thebest action Android games to look forward in 2015. I did some research and found the best action games released so far on Android platforms. I have included Half-Life 2: Episode One, X-Men: Days of Future Past, Oddworld: Stranger's Wrath and one more bonus game at the end of the list. So go on and read about top 3 paid Android action games of 2015.

NVIDIA Tegra Partners have launched another famous PC game on Android platforms. This time, it is Half-Life 2: Episode One and just like other games from NVIDIA Tegra Partners, it too will run exclusively only on NVIDIA Shield Tab. As it is for NVIDIA and by NVIDIA, one can easily expect brilliant graphics and superb gameplay. The gameplay is a first-person shooter and has a unique physics engine. With the physics engine, the game will obey the laws of friction, gravity and buoyancy! 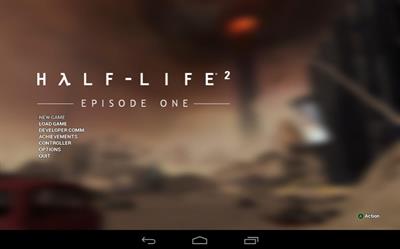 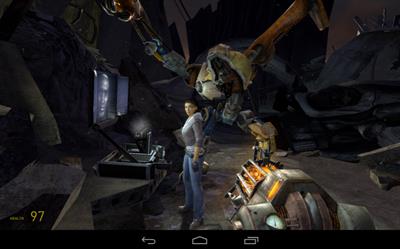 For giving extra fun while gaming, the developers have put various 3D effects in game, whether it is High Dynamic Range (HDR) or any other effects. Half-Life 2: Episode One will feature all new storyline and will be completely different from its previous Android installments. You will unveil even more secrets of City 17 and interact with stunning creatures! So, those who want to have a portable Half-Life gaming experience then they must try out this game. And remember, it is only available on NVIDIA Shield Tab so you won't be able to play this on any other Android device.

X-Men: Days of Future Past

And here is another game which bags the seat in our "top 3 paid action Android games 2015" list. The game is perfect in all aspects - gameplay, controls, graphics and features. Although it has only side-scrolling gameplay, but it still manages to have a space in every gamer's heart with its beautiful graphics. With only side scrolling gameplay, it is very easy to master the game with its easy controls. Moreover, it features dual controls setup to best suit everyone's playing style. Beside famous X-Men character - Wolverine, there are many other playable characters from X-Men series. So, have fun playing with the one you like! And for making it more addictive, it features time to time boss encounters which features famous X-Men villains such as Nimrod, Magneto, Master Mold and many more. 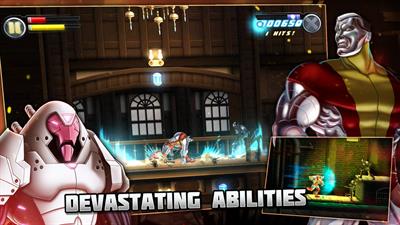 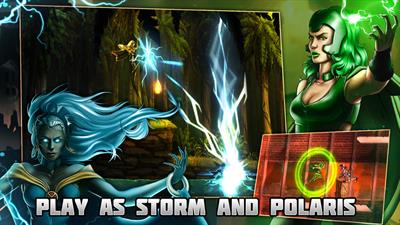 X-Men: Days of Future Past Android game features a decent storyline. You can play with a number of X-Men characters like Wolverine, Cyclops, Storm, Colossus, Kitty Pryde, Polaris and Scarlet Witch. In addition, each character has its own 4 unique abilities like Wolverine's healing factor, Cyclops optic blast, Shadowcat's phase punch. These abilities can be further upgraded as players progress through game.

If you are looking for wild experience in gaming then try this Android game. The game has quite nice visuals but what makes it even more better is its controls. You can customize the controls as per your ease and now it supports twin-stick HID gamepad too! And free-roam and exploring is always fun. Also, you can switch between the gameplay styles, i.e., from 1st person shooter to 3rd person shooter. Besides the regular enemies, the game provides timely boss fights so as to challenge you and keep you addicted. And don't forget to free-roam and explore the beautiful towns, lush forests and massive industrial facilities. 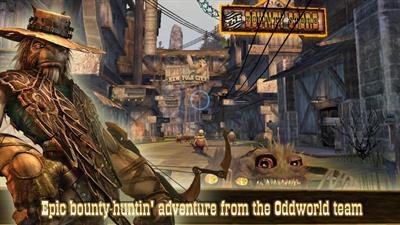 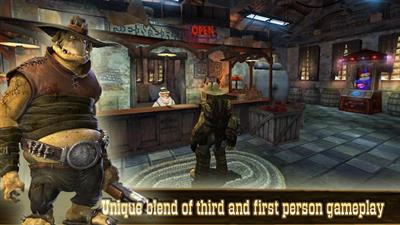 The storyline starts when belligerent outlaws were capturing the wastelands of Western Mudos. And that's when you arrive to help cantankerous townsfolk. There are several instances where you may meet the funny townsfolk and natives. You can even use different strategies to easily overcome outlaws such as stun, lure and blast. It's always important to keep an eye on the environment as you can find live ammo in your surroundings. So get ready to become a bounty hunter and take on a wild action journey. The game supports up to 10 languages which means every gamer can enjoy it. These were the features which made "Oddworld: Stranger's Wrath" Android game to come up in our list of top 3 paid action Android games of 2015.

Once again, there is one of the Gameloft's creation in our list of best Android games. The Amazing Spider-Man 2 features a beautiful open-world full of enemies. The graphics are HD with perfectly aliased 3D graphics. Combats and gameplay are very much like PC. Gameplay is focused on action based combats no matter whether it is street fighting or aerial attack combos. Also, you will enjoy defeating your enemies with deadly combos. And swinging in more than 6 detailed districts of New York is always fun! In addition to street fighting with thugs, you will also encounter famous super villains from Spiderman series such as Venom and Electro. Plus, they will be pretty challenging for you with their acrobatic fighting styles. 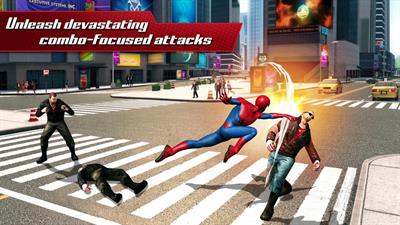 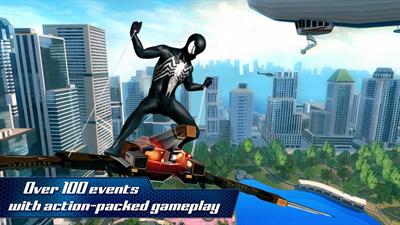 The Amazing Spider-Man 2 story mode features an original action-driven deep story along with dozens of side missions. Enjoy every bit of PC-like gameplay with wall climbing, web sling and web-shoot features. Take onto legendary villain fights with around 6 super villains including the Green Goblin, Electro, Venom and Kraven the Hunter. Moreover, you can unlock more of Spiderman suits like Iron Spider, Ultimate Comics Spider-Man and Symbiote Spider-Man. What makes this game even more interesting is it's time-to-time 3D cinematic cut-scenes and fluid animations in gameplay. Besides story mode, you can also try out social events which includes opponents in Mysterio's Arena, battling waves of bosses and much more. So, if you like to play some open-world games on your Android and don't mind paying a little, then this will best suit your taste.