Gionee smartphones have always been beautifully built. Last year, the company started a war of slimmest smartphones with its Elife S5.5 and kept the world's slimmest smartphone title for months until it was over taken by other manufacturers. Now the Chinese smartphone maker is back with another premium device, Gionee Elife S7, one of the latest entrants in its super-slim S series, finally reached in India. The device is launched in India at the price tag of Rs.24,999. We have seen recently a lot of Chinese smartphone makers came up with their slimmest smartphones, which are even slimmer than the Gionee's slimmest one to date, Elife S5.1. I think the company realized it's no longer worth chasing after the title, and decided to make eye-catching smartphones, which are slim, but also deliver usability and good performance. Elife S7 comes packed with top-of-the range internals which on paper at least, look great. Let's find out how it performs in the real world tests.

Just like its predecessor, Gionee Elife S5.1, Elife S7 also comes with super-sleek form factor, though it isn't as thin as S5.1. In spite of its slim physical structure, the device seems pretty solid and sturdy to hold. The device is built of aluminum magnesium alloy body, which is protected with a layer of Corning Gorilla Glass 3 (both front and back). It measures 139.8 x 67.4 x 5.5 mm and weighs at 126.5g. Thanks to the aluminum-magnesium alloy frame, the device really feels light weight and super slim, while keeping the structural integrity of the body. 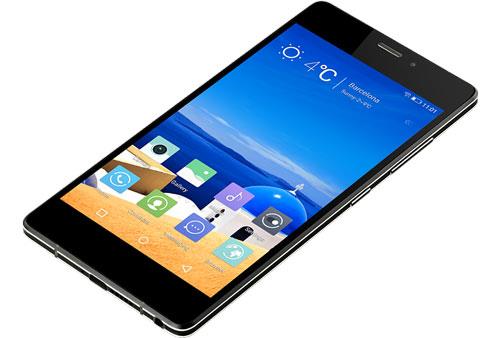 The front of the handset features the massive 5.2-inch AMOLED display, an earpiece and a front facing camera with usual sensors. You will not see any capacitive buttons below the display since the company opted to go with on-screen buttons. The volume rockers and the power buttons are positioned on the right hand side of the handset, which seems a tad awkward for left-handed users. The bottom of the device houses a microUSB/charging port, speaker grille, 3.5mm headphone jack port and a microphone hole. Moving to the back, on the top left end, there is a 13MP rear camera module coupled with a single LED flash. Since the device sports a unibody design, unfortunately you can't remove the battery. In order to keep the device slim, the company made another sacrifice by dropping the microSD card slot.

The Elife S7 boasts a 5.2-inch full HD AMOLED display packed with 424ppi pixel density, delivers crisp and super sharp image and video quality. Thanks to the AMOLED display, black levels are really good, and all appeared gorgeous on it. Brightness levels are decent, so you won't find that much difficulty in using the device under the sunlight. Viewing angles are pretty good, in my tests the display didn't fade away until I tilted the device to extreme angles. Touch response is also great as well, won't disappoint you. As I mentioned before, the display is protected with the latest version of Corning Gorilla Glass, which would prevent the minor scratches to an extent. Sadly, the display is terribly prone to the fingerprints and smudges.

Gionee Elife S7 sports a 13MP rear shooter and an 8MP front-facing camera to woo Selfie lovers. The camera is packed with a lot of features that could help you take some pretty nice shots. The default app features tons of photography tools, including HDR, Panorama, smile shot, auto-focus, OIS, and so on. There is also a Magic Focus Mode that enables proper control over the focus area after shots have been taken. Another interesting thing you would notice here is the Image+ feature, Gionee's own image handling framework, which captures 6 photographs in a second and turn them into a single photograph, adjusting the brightness level and amount of noise. Apart from all these features, there are some additional features such as new facial-recognition mode, gesture controls and an advanced low-light setting. 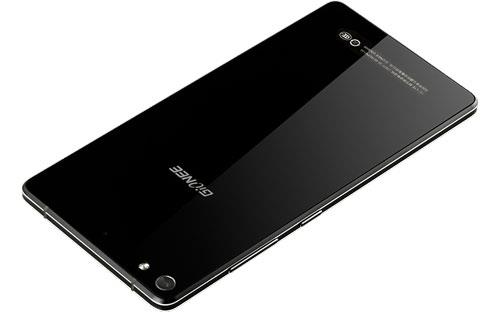 When it comes to the camera performance, the daylight shots came out well. The images taken in ample light conditions had pretty good level of details, but I found it a tad saturated. Low-light shots were also not that disappointing, though I did notice some amount of noise here and there. However, if you plan to take shots in dark areas, you'll have to use flashlight. The front camera here is really good for taking some nice Selfies. In order to beautify the Selfies you taken, the company added a beauty mode in the camera app, which really works according to my test. It's good for video chats as well. Focus time and capture time is not disappointing. The company claims the camera can capture the image with in 500ms, and focus within 300ms. Of course I didn't try to pinpoint the time, but I can assure you it won't let you down while shooting pictures. The rear camera can capture 1080p videos with a good amount of detail, but I did notice the camera struggling to maintain focus at times while recording videos.

The device runs on the company's new Amigo 3.0 user interface on top of latest iteration of Android (Android 5.0 Lollipop). It appears the company made subtle modifications in its software. The UI now looks really cool and it is now more responsive than ever before. The major change you notice here would be the placement of notification drawer, called Control panel, now one has to swipe upwards from the lower edge of the display to view the notifications or access control buttons, like the control center of an iOS device. Of course, the latest version of Amigo UI is a welcome change, though I think those who used to play with stock Android may find it difficult to use at first. There is a new addition called chameleon mode that makes use of the device's camera to select a color from a photograph you captured and apply it to the interface. Like previous Amigo version, here also you won't find a dedicated app drawer, which means all apps will be scattered around on the home screen itself.

It is powered by 1.7GHz MediaTek Octa-core processor coupled with Mali-T760MP2 GPU and 2GB of RAM. It features 16GB in-built storage), but sadly, you won't get a microSD card slot to expand the storage memory. This simply means you will have to cope with the limited storage efficiency of the handset. In terms of connectivity, you'll get 2G, 3G, 4G LTE, Bluetooth 4.1, Wi-Fi 802.11ac and GPS. Talking about the performance, I didn't experience any lag while scrolling through UI or switching between apps. It is a great device for the gaming as well. It managed to play every high definition video I thrown on it without any hiccups, thanks to the powerful internals comes loaded with. The call quality and signal reception is good. The integrated speaker is loud enough and does its job. There is a DTS audio feature, which improves the sound quality, and it actually works while listening to music through headphone, however you would be hard pressed to find that difference without any headphone.

The company packed the device with a 2700mAh battery to power up the device. We all know, 2700mAh is not an impressive figure for big screen device, especially for a device with power sucking monster internals. But I must say, the battery performance is surprisingly awesome. It'll provide the juice for a day or day and half with the moderate usage. Plus, the manufacturer also included several power saving modes that would help extending the battery life.

Gionee Elife S7 comes with a lot of new features as well as improvements in many areas. It offers powerful internals, awesome display, decent camera and a really good battery. Unlike the competitors, the company is selling the device offline as well, which means you won't have to wait for the flash sale or worry about the stock, all you have to do visit the nearest mobile shop and purchase it. It is certainly a good looking, slim yet built with sturdy material, but the question is would you like to spend Rs.24,999 for this device. Ask me. Of course I won't, unless the company backs out the price to an affordable price point. Why I would have to go for this device if there are devices with much better specifications, available at even cheaper price.

The phone looks too sleek and premium with its metal frame. It also is durable for the same reason. Even the display is quite good, though seems to have over-saturated colours as per some reports.

Lack of expandable memory is another drawback that the phone has, in addition to the slightly unoptimised software. Given the fact that the phone has only 16 GB internal memory, having no support for microSD card will prove to be a big disadvantage.

Considering the price of the device at around Rs. 25000, one must agree that there are many better options available.