MoboRobo has been in the market for like 3 years now, starting out in 2012. Since then they have had their customer base grow to more than ten of millions of users. With highly depthful in-app resources, easy to navigate UI and powerful features they have seen their user base grow only. Mobo team has actually gone ahead and launched their own app store with the name MoboMarket where all Android users can join and look out for their favorite apps.
With their recent release, not only have they added more products to the whole Mobo ecosystem but have also decided to to change the name of the product from MoboRobo to MoboMarket(For PC) so that people are not confused with the different products of Mobo family. 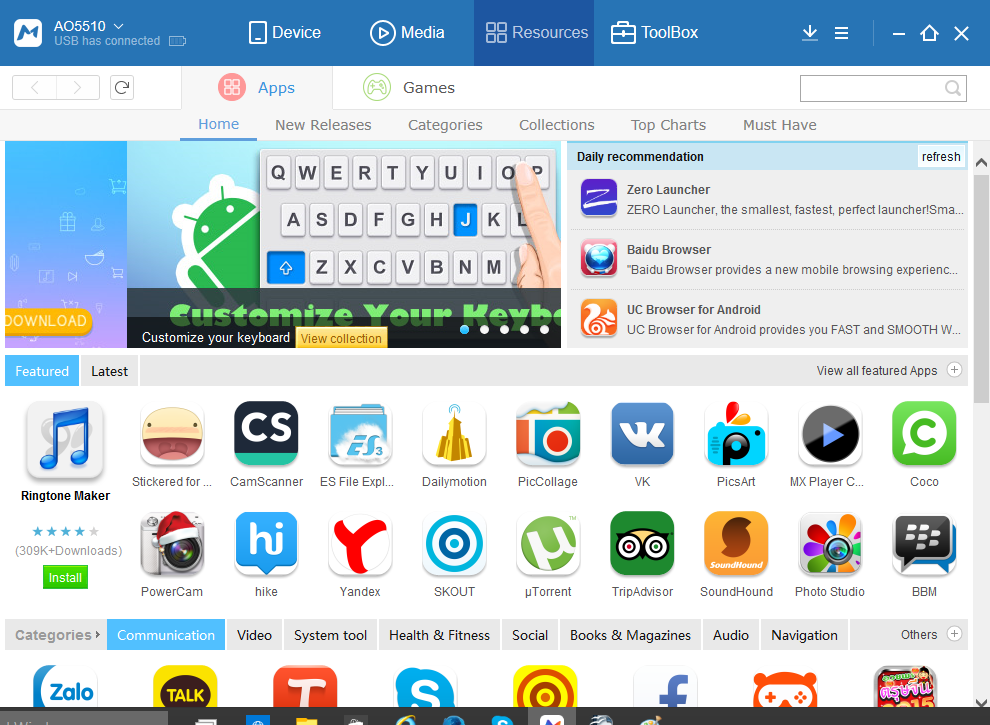 MoboMarket connects with your Android smartphone with both USB connection as well as Wifi connection. This mean you can access your files on your smartphone even without connecting physically to your smartphone. Quite a useful feature especially when you do not have a data cable with you. 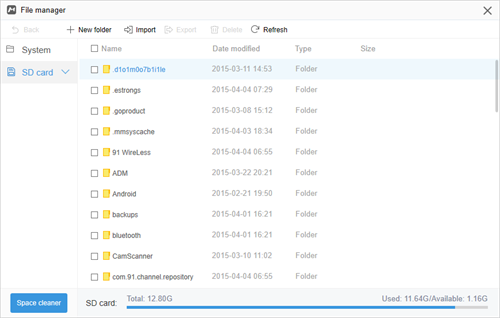 However, once you are successful in connecting your Android smartphone, you have quite detailed categorizations to do a lot with your smartphone. You have categories like music, images, SMS, contacts, apps, etc. You can update your apps using the data connection of your laptop thus saving on your mobile carrier data charges. 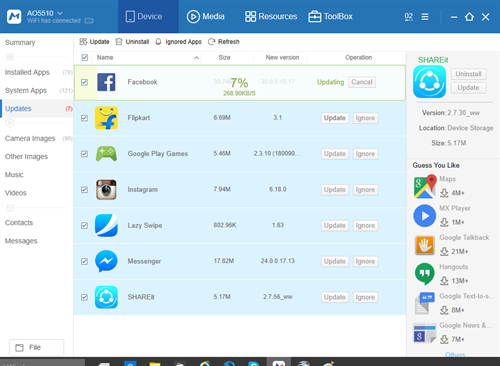 As mentioned before, you also have a lot of apps from MoboMarket which you can download and install on your Android smartphone. Some of these apps are common to Google Play Store and some are native only to MoboMarket. I tried both updating and installing a few apps and it was really easy doing so. 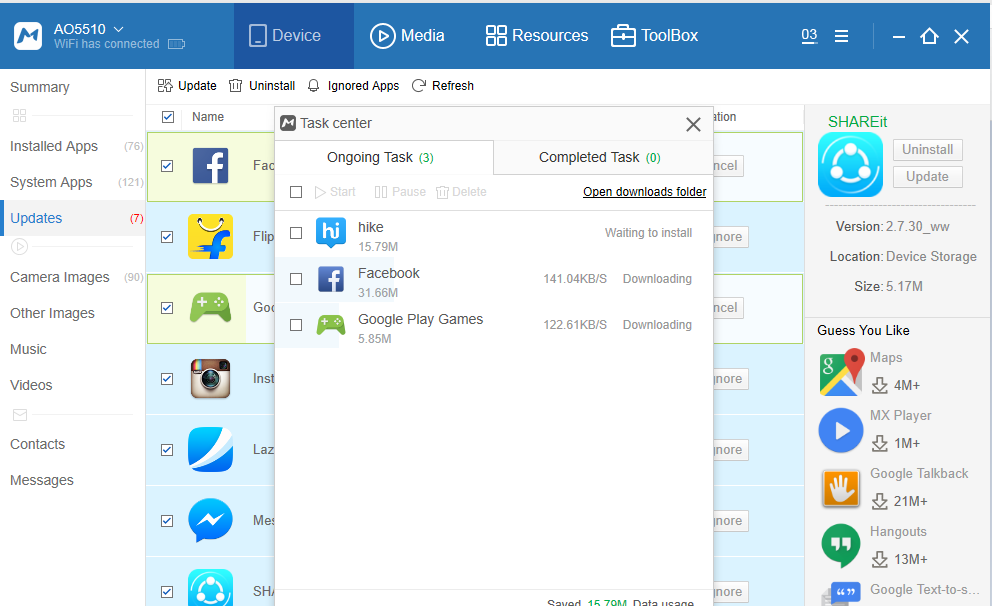 The experience was quite nice as I was doing all this work with just my laptop and my phone was just placed on charging. The best thing is that it constantly shows you new apps which you might be interested in so you your search for specific apps is reduced as much as possible. This is quite similar to what Google Play does, it evaluates the apps you have already installed and upon that it further suggests you apps which you might be interested in. For example, if you have WhatsApp it might suggest you to download Hike too. Similarly, if you have Facebook installed it might suggest you to download the Twitter app. 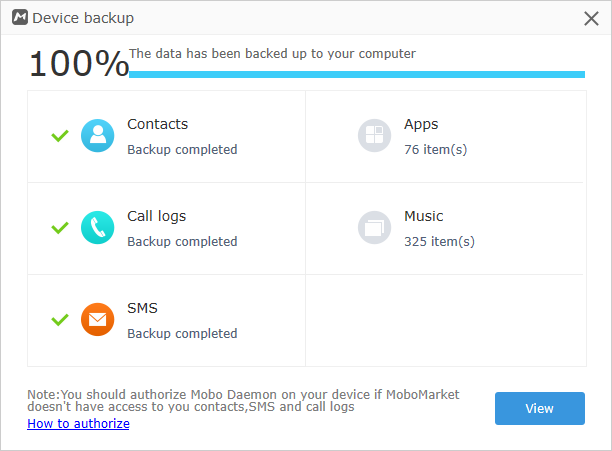 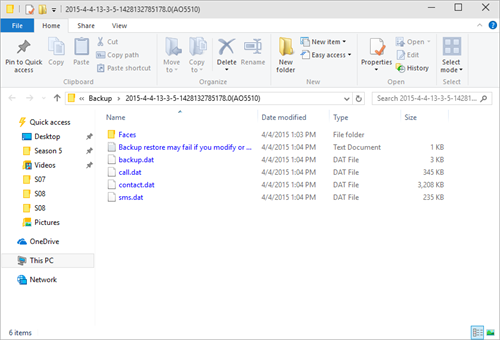 The management console of MoboMarket allows you to easily cleanup your Android smartphone by the click on a button. The feature carefully cleans up unnecessary files, resource hogging apps and anything else which is not useful for your smartphone is just hogging space or RAM. 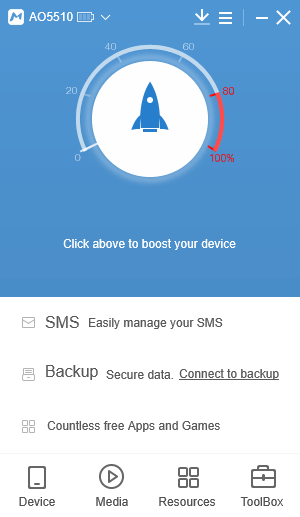 With MoboMarket software you can also access your contacts and messages right on your desktop. You can even reply to the message using the desktop UI. Though the message will actually be sent using the mobile only, but all the inputs you will be able to give from the desktop itself. You can also create, edit, delete or group contact information right from your desktop. 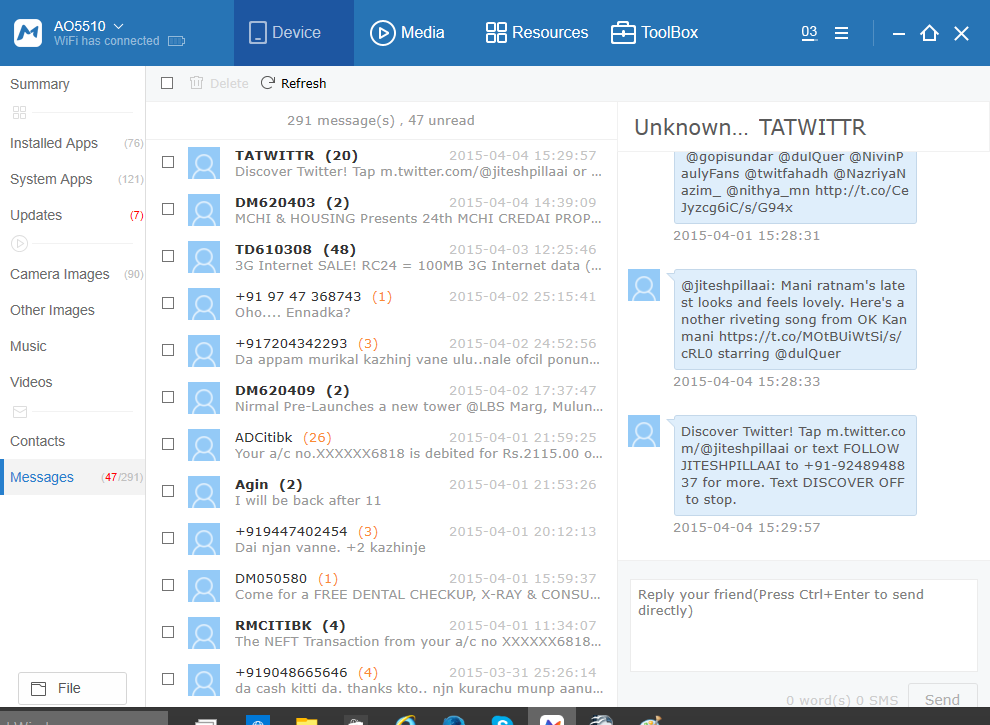 Pros: MoboMarket packs a highly in-depth features with minimalistic UI so that you are able to complete a lot of task with minimal user inputs. Easy to connect two interfaces- Wifi and USB. Nice alternative to Google Play.

Cons: Quite a lot of low end Android smartphones are not able to connect with it.

You can download the set up of MoboMarket for PC from here.

Is Mobomarket that much reliable? Installing third party apps bypassing the Google security could be a risky affair. The app stores like Mobomarket and Mobogenie have the app apks uploaded by users worldwide- if I am not mistaken. Can't that be detrimental to the security of the Android device?

I just want to get a clear idea of whether it is safe to use these third party app stores.