We know Play Store has been flooded with Android games, and there are numerous addictive games that you should try on your smartphone. With some exceptional console quality games released back in 2014, such as Asphalt 8, Modern Combat 4 and Gangster Vegas, there has been quite a hype for Android games. So, from such a vast ocean of Android games, we here at Techulator are proud to present you our most unbiased list of "Top 5 free action Android games of 2015".

Shadow Fight 2 is the best action RPG fighting game. With an addictive storyline along with the martial arts fighting gameplay, this game is worth to play this year! The graphics and animations are pretty nice, though the character is always black shaded just like the previous installments from the Nekki (developers) like Vector. But still it promises a far good playing experience. Scene graphics are superb with real in-game music for better experience. Gameplay is quite handy and just requires few fights to it perfect it. Gameplay features include a lot of customization which makes it possible to defeat much challenging enemies as you progress through game. 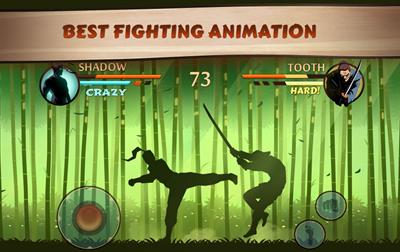 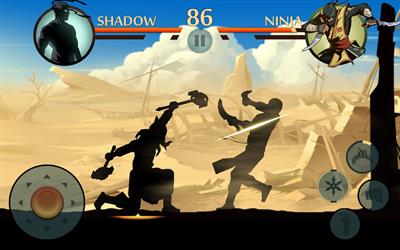 The game features a perfect storyline to start with. In addition, it comprises total of 6 acts with one more coming soon with new update. Each act has dozens of tournament fights, challenges, boss fight and their bodyguards. Shadow Fight 2 customizing system includes armors, helms, weapons, ranged weapons and magic too! For buying new gears/weapons or upgrading them, you must have enough coins. These coins can be obtained each time when you win a fight. So, basically you have to make your way to the final boss - Shogun (Act 6) by defeating previous bosses and completing acts.

Here arrives another series of Overkill - Overkill 3 which will provide you 3rd person shooting experience! It will surely engage the eyes of gamers looking for a much heated battle on their devices. The graphics are clear with every detail including the details of gun, effects, environment etc. Get ready to fight for humanity with easy and handy control system of the game. The gameplay features many variations like different stages along with different environments and many enemy classes including heavy assault squads, faction soldiers and snipers. 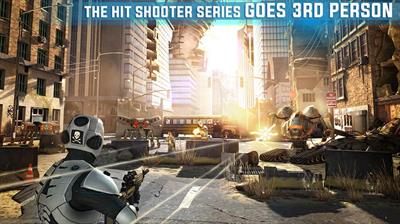 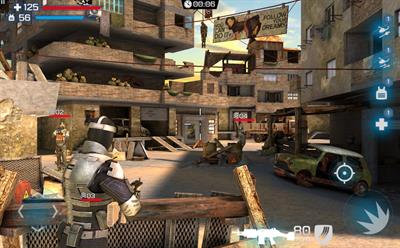 In Overkill 3, you have to fight against a faction who wants to prove their dominance over humanity. But few like you, stood up to stop the faction. The game features will become challenging as you progress through storyline. As then, faction will try their best to stop your growing power by calling their dreadful robots and more challenging soldiers. Like many others, Overkill 3 also features customization, which includes a number of guns. Moreover, you may also find extras of the game like Nano-Suits.

Real Steel Champions is ready to make it for 2015! It has got a lot of features including customization. The gameplay is quite smooth as far from my experience. With a D-Pad controller and only some buttons for attacks, it is easy to handle and hence even a novice can enjoy the game. The graphics are far more better if we keep its size in mind. Besides all this, it also has some fun-loving gameplay modes and a training mode to enhance your skills. 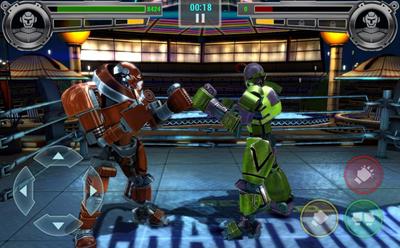 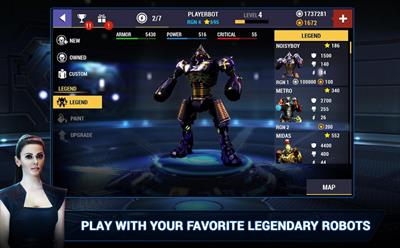 The game provides its user an addictive gameplay with a pile of attacks upgrades, robots customization with paints, torso and lot of more stuff. Now for fighting part, Real Steel Champions has 20 tournament fights, 30 challenges and time attack mode. Plus, for making it a challenging game, the developers have put 4 boss fights within tournament fights. Besides the robots in game, you can always custom-build one for yourself and can select its moves, paint color and even upgrade them. So, make your own robo and get ready to step it in the ring full of robot fights! 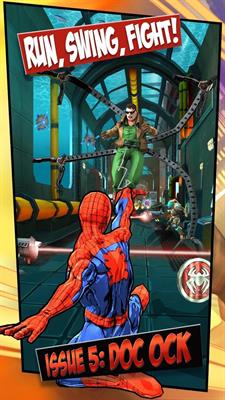 Unlike other Spider-Man Android games (like The Amazing Spider-Man), Spider-Man Unlimited will not provide you any free-roam experience. But the fun never ends in Spider-Man games, right? Yeah, that's why the developers came up with Spider-Man Unlimited which is a continuous running game. The game features continuous episodic adventure story mode with swing, run and fight type gameplay. The graphics are designed art styled for providing a comic look to the game and that looks pretty nice.

And it has got cool storyline which every gamer will definitely love to play.The story features 5 main villains - the Green Goblin, the Vulture, Electro, Sandman and Dock Ock. In addition, the game will be having 6th villain soon. And to my surprise, each villain has their own set of 25 missions which ensures you a big storyline. Spider-Man Unlimited provides a lot of playable Spider-Man characters including Scarlet Spider, Superior Spider-Man, Spider-Gwen, and Ultimate Spider-Man! But for playing these character, you must collect cards of them. Each of these cards have their own unique super-powers so upgrading them will definitely help you to complete Spidey Ops missions around New York City.

It's the game with a lot of fun gameplay experience. Fail Hard features stunt based levels to stun you with its funky gameplay. Basically in game, you have to become the greatest stuntman of all by completing the challenging stunt levels. The graphics are clear with a smooth gameplay controls. There are many stages with each featuring their sub-levels. These levels will provide you coins in gameplay and an opportunity to earn maximum of 3 stars for each level. 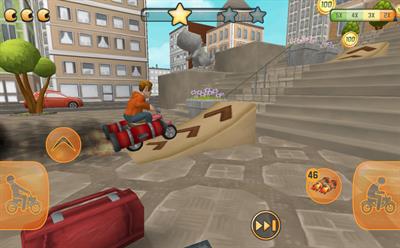 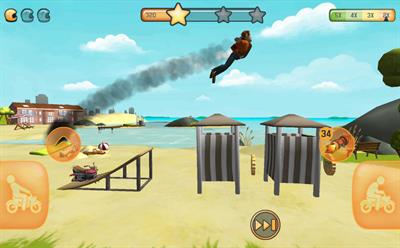 With the coins grabbed in levels, you can upgrade your equipment which will enable you to successfully attempt challenging stunts. The game is never fun ending and keeps on providing an enjoyable gameplay experience. So, do you have what it got to be the world's best stuntman? Then prove your capabilities for it with Fail Hard levels.

The list above of top action games for Android is absolutely free. So why don't just try all of them on your smartphones? I am damn sure that they will provide you hours of never ending action and fun experience ready on your thumbs!

Google's Playstore is heavily crowded with lots of Action games and it is really hard to find the best. Sometimes, we end up downloading "time-wasting" games, thus wasting our data.

However, the description you have provided of these games is very helpful to understand their gameplay mechanics and many other things. It is very easy to find the best game after reading this article. Thanks for sharing.

By the way, I already have Spider-Man : Unlimited and it seems like have completely translated its gameplay into a post. Its gameplay is exact same as depicted in the article.