When it comes to Android devices, Samsung gets all the attention of crowd. Even though LG devices have almost same resources and power as Samsung, it has failed to attract much eyes until LG G2 debuted last year. LG G2 had all the makings of a premium Android smartphone such as top-of-the-line processor, good camera, a beautiful display, and most importantly, it had an eye-catching design. Along the terrific design, it showed an excellent performance in every department. The truth is it was far more than expected, and took the compact battle to a whole new level. Now LG has launched G3, with awesome QHD display and other useful functionalities. Let's find out what it has to offer this time.

Talking about design, LG G3 is slightly taller, wider and heavier than Samsung's flagship device, Galaxy S5. It weighs 149g, which is heavier than Galaxy S5's 145g. The G2 had a glossy plastic body, though it was well built, but still didn't offer the same superior quality you find in HTC One & Xperia Z1. Unlike G2, this time LG gave a brushed metallic finish to make G3 stand out on the shelves. Plus, it feels solid in the hand. Luckily it is scratch-resistant and less prone to the fingerprints - something that couldn't be said about G2. The device comes with removable back cover, which come in some cool colors (black, gold and silver). 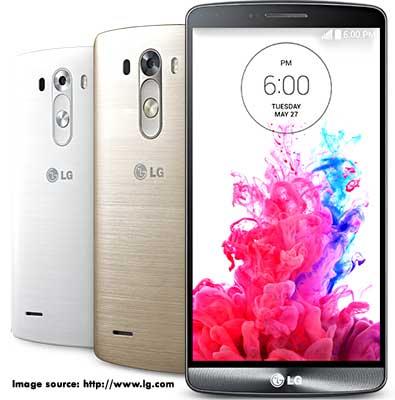 The front of the device is almost completely dominated by the screen. You would like its smoothness and curved back which fits perfectly in your hand and makes it convenient to hold. But since it comes with big display, you may find difficulty to use it with one hand. Volume rockers and power button is on the back in LG G3, and they look much better than before. If you didn't get a chance to use G2, then you may find the positioning of these buttons little odd, but don't worry, it will be easier to use as you use more. Apart from microUSB & 3.5mm headphone jack, with the buttons hidden away on the rear side, there is nothing to split the neat sideline of the device.

LG G3 boasts of 5.5-inch Quad HD display and is packed with massive 534ppi pixel density to deliver super sharp clarity. Every detail on the display is super crisp, regardless of how hard you try, you can't find a single pixel on it. As you would expect from an IPS display panel, the display is simply beautiful to look at, colors look great, everything on the screen is bright, clear and full of detail. 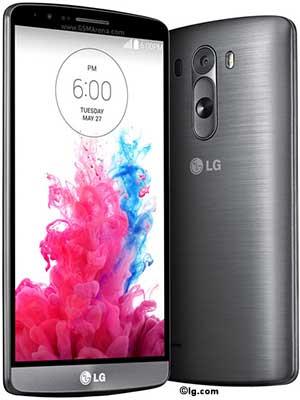 It delivers great viewing angles as well as. Though in my test, Galaxy S5 showed deeper blacks and better viewing angles than G3. Top brightness level is well enough and it helps content being visible even under direct sunlight, though it is noticeably dimmer than its competitors. Sadly, the lowest brightness level is too bright, so you may find difficulty in looking at display in dim light or darkness. Thanks to extra sensitivity of display, now you can also use gloves to interact with the display. LG also introduced a knock-knock functionality, which let you unlock the screen with your pattern anywhere on the display when it is off.

The new LG G3 comes with 13MP front shooter with an Infrared laser as well as LED flash light, and 2.1- mega pixel Selfie cam on the front. The rear camera mounted on the device is one of the best ones available in an Android phablet till now, capable to capture a good amount of color and detail no matter what the situation is. LG G3 has the fastest autofocus on any smartphone camera with the assistance of an infrared laser, which lights up when you open the camera app and helps you focus quickly and accurately on a subject even in the low light conditions, but it only comes for assistance when you use rear camera. Unfortunately, infrared laser only works with the dedicated camera App, which means third party camera handlers can't access this functionality. For some reason, LG chopped off some of the shooting modes you seen in G2, which don't hurt those who prefer to use manual settings, but it would be a trouble for those who don't have any expertise in photography. The main camera can also record 120fps slow motion video & up to 5 minutes of 4K footage.

Coming to front facing camera, it is a true Selfie cam with large image sensor, which makes it possible to let in more light and gives better result even in low-light conditions. The other big change is the addition of wide-angle snap feature, which also seen in Samsung Galaxy Note 4; it lets you fit more in the frame by increasing the angle of the snap. It also comes with gesture control functionality. If you are not comfortable with gesture functionality, you can even use the voice commands to activate the camera. Talking about picture quality, the camera takes decent shots, which is good enough for great Selfies.

Out of the box, LG G3 comes with the latest Optimus UI on the top Android KitKat, The new user interface is very colorful and attractive, and much better than user interface used on previous LG devices. It also has some taste of Material Design that you find in Google Android Lollipop. The new round icons, rectangle / square widgets, animations used here is eye-catching. The animations used in UI make the device lag a bit, but it looks great. Another unique feature now available on the device is knock unlocking feature, which wakes up the device by double tap on the display or you can even set a custom knock code pattern. As usual it also comes loaded with some apps like Google App suite, Facebook, Twitter, Evernote, Health tracking Apps, etc.

The device is packed with top-of-the-line internals, and no wonder that it is showing the top class performance you see in Galaxy Note 4 and Sony Xperia Z2. It is powered by Qualcomm Snapdragon 801 quad-core processor, you can run nearly 25 Apps at a time, which means the processor is powerful enough to run almost any app you throw at it. Browsing Internet and loading images are incredibly smooth. The device is available in two configuration, 16GB storage with 2GB RAM and 32GB storage with 3GB RAM. The one thing I didn't like about its predecessor was lack of expandable storage, but the company managed to correct that issue with a microSD card slot, which can take in up to 128GB, and the slot is housed under the removable back cover. For graphics support, LG used here Adreno 330 GPU, which shows incredible performance while gaming. The speaker used in G3 is Dolby mobile for enhanced clear sound but is not much special to talk about it. Just like many other Android devices, it also comes with all standard connectivity features such as Bluetooth, Wi-Fi, GPS, infrared and NFC. Call quality is also okay, but not too good.

With top-of-the-line internals, eye-catching display, sleek design, a premium build, improved user interface, G3 is another excellent Android smartphone from LG. Despite all these features, it has a powerful battery, which works much better than expected. It also has a great camera, but it could be better if it performs well in low-light conditions too. In short, I could say G3 succeeded most of the departments where other manufacturer's devices have fallen short.

Yes you are right. Samsung has captured Indian market and Indians also are crazy behind this South Korean company. But this is also true that Samsung has delivered best devices and also after sales service to Indian customers. Samsung has adopted Android OS and very few handset are with Windows OS. Indian likes Android as it is easy to use and any non professional also can use it easily. LG and Nokia launched smartphones with Windows in Indian market.

But now Indian market is changing and people are going with every brand launched in market. LG, Nokia, and other brand are now slowly recovering in Indian market with launch of new gadgets with great features at good affordable price.

The device appears to have a great spec sheet. How it delivers is a million dollar question. LG has so far launched a multitude of devices in India. But none of them seem to have a made a day for LG.

Samsung has really captured the Indian smartphone market to the maximum extent. Given the fact that the modern consumer is more interested in specifications and performance rather than on the brand name, I would guess the handset may receive some applause. Where LG has been going wrong could be its low profile advertising. They do not seem to be spending on any promotional events.

Samsung gets all the attention of the consumer crowd, even though LG has the same power.