Motorola recently announced the launch of new Moto E 2nd Gen device to a select group of media organisations. The phone is expected to be available in two variants - one supporting LTE and the other 3G version. 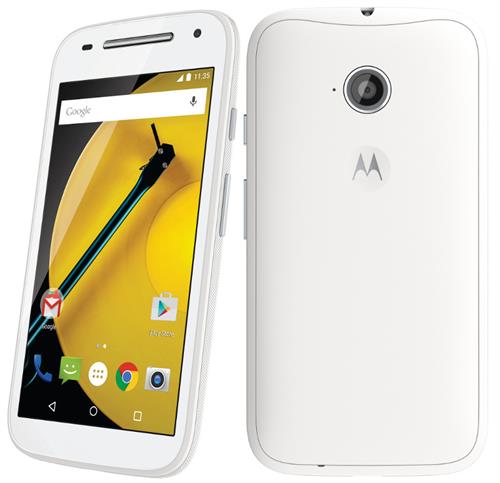 Hardware and Construction
The device has just been announced. Likely spec sheet is as under.

How it differs from 1st Gen Moto E?

Motorola has come up with an unique concept of Personal Customisation unlike Moto E 1st Gen. New interchangeable colorful shell grips and bands have been introduced to give an appealing look to the phone. The grips would be available in six shades of Golden Yellow, Turquoise, Blue, Raspberry, Purple and Red . Back covers are available in Golden Yellow, Charcoal, Turquoise, Blue and Raspberry.

The device is likely to be available across 50 countries including India from February,25.

The device is yet to be tested under the real waters for its actual worth to be known. Given the fact that the phone is not targeted at the whiz-kids of smartphone generation, but for the newbies to the smartphone world - it can be treated as a fairly capable device. Let us wait for the actual users' experiences once this device is made available for sale globally.

Moto E2 now has a new competitor. Announced within two days from the launch of Moto E2, it looks like Xiaomi Redmi 2 will be a tough rival to Moto E2. Xiaomi is following a well planned marketing strategy. Keeping up with the tradition of offering high end specifications at an affordable price, Xiaomi has updated it's Redmi 1S based on customer reviews and presented a good competitor to Moto E2. Will Moto E2 succumb to the pressure, or overcome the Redmi 2 challenge ?

Beside Xiaomi 2 there is one more competitor, the Infocus M2 with sharp display, tough design, best camera features and yes low price that both Xiaomi 2 and Moto E and 2nd Gen. Infocus is new in Indian market and try to deliver best device to create best impression in Indian market.