Some of you love using your smartphone to capture images, whether on the spur of the moment or for a specific occasion. So perhaps you have used the MoviePro app or maybe some other unique video capturing app. Then you are eager to develop the video further in such a manner as to give it an enhanced, professional-like quality. There are plenty of video editing apps for exactly this purpose! Have a look at 3 popular ones...

The Lumify Video Editor app developed by Shnap makes an analytical assessment of your video first. Then it turns the video into a professionally edited movie via a couple of taps. You can also use the app to automatically synchronize varied scene transitions to your own sound track.

What's so special about it

The Lumify app is compatible with iOS 7.0 or later version. You can install it on various Apple devices, including your iPhone, iPad, and iPod touch. It has been optimized by the creators for the iPhone 5 smartphone.
Additional details:

Important Note: The app store mentions that it there is infrequent mild adult content.

All you need to do is follow the easy to follow tutorial step by step. If that too is too much of a headache, tap on the Then tap on the video which you wish to use and the Lumify app will process it in a few minutes, the entire processing being visible to you via the volume bar which is located at the bottom of the video. Then select the music you want, which could be one from the list provided by the app or your own music. Give a nice name to you video & showcase it on your Facebook page or even present it at Lumify's social network. If you don't wish to share it all, no problem. Simply save the video to your camera roll. Note that you can preview your video before the final completion, during which time you can utilize the various filters available.


Novices at editing videos have praised the Lumify app for it being dead simple to edit a video, not to mention it being astonishingly intuitive, seemingly understanding exactly what needs to be done & which are the best parts of your video. The only grouse of users is that no matter what the video, it gets fitted into a very short 20 seconds package. So naturally you cannot use the app for, literally, a creating a full length feature film.
Where to get it: https://itunes.apple.com/in/app/lumify-video-editor/id551833518?mt=8

The InstaShotapp has been developed by Cameras.Ideas, primarily aimed at those who love sharing videow at Instagram. The app includes a video maker and tools for trimming and compressing. You can add borders and frames to your video. It even supports video collages. All the work of a video editor – cutting, trimming & compressing - can be done without a sweat. 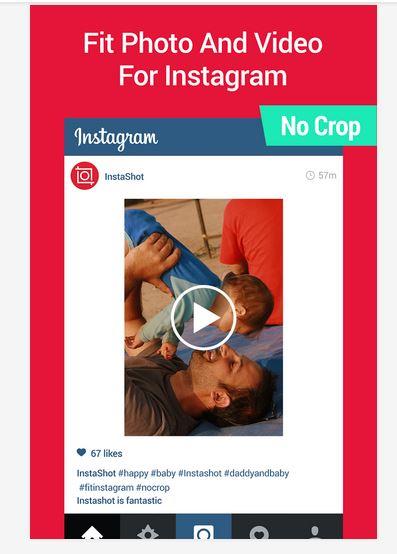 What's so special about it

To use the InstaShot app you need Android 2.3 and up. The app size will vary with the device on which it is installed.
Additional details:

You have helped me a lot. I have long been searching for a video editor for my smartphone. Your article has given me a list of best ofthem out there so that I can choose a better one for my needs.