I hope that you have already watched the TV show before delving deep into the game based on the same show. It won't make much sense if you go into this game without knowing what it's all about, would it?

So I would wholeheartedly recommend you to watch the first 4 seasons of Game of Thrones on Netflix or something and then come back to play this game. I promise you that you will be 10x more excited for what this game has to offer. The budding TV show on HBO sets you in such a mood that you'll be eager to know more about their characters, which is where this game comes in handy. After all, Season 5 is still some mile away. So why not quench your thirst through playing this game while you wait for the ultimate TV show to start airing once again? And if you were skeptical about it, just know that Telltale Studios was behind it; the same Studio that has developed games like The Walking Dead and The Wolf Among us. God knows how many more games are they working on right now. It shouldn't matter to be honest, as long as they continue on delivering upon their promises. Let them do their job and let's only focus on enjoying the games for minute. Anyways, let's not derail the topic. We are here to talk more about The Game Of Thrones and will be doing just that in next phase of this article.

So different from TV show

Yes, it's a part of a TV show. The whole game is based upon it, but still, there is something different about this game that sets it apart from the TV show. You'd never feel as if you are playing something that is even remotely related to TV show in any kind of manner. For starters, the story in this game is totally different, albeit characters are more or less the same. That's why I say that it's so different, yet related somehow. There is so much to do and so much to conquer in this game that it will have you moving from one place to another almost through the entirely of this game. While some people like it, others certainly don't. One thing is pretty clear though, this game is not for everyone, and certainly they are not even trying to appeal to everyone. They have got their own set of audience and they don't need more.

Do you like stories being told to you as a narration? If the answer is yes, there is no doubt in my mind that you are going to love The Game Of Thrones.

Anyone can die here anytime, I mean anyone! Yes, even your most favorite character can die in this game even if he or she is still alive in the TV show. They have done that to ensure a sense of adventurism among gamers. They don't know what to expect even though they have already watched the TV show. Isn't it what we essentially want from all our games - the unpredictability in it? You asked for it and you are going to get it in this game. Yes, it might irk you, but in the end you will be glad that you chose to stick with this game instead of giving up on it. To reiterate, you are going to see people die all the time in this grim and heartless game. There is no way around it. 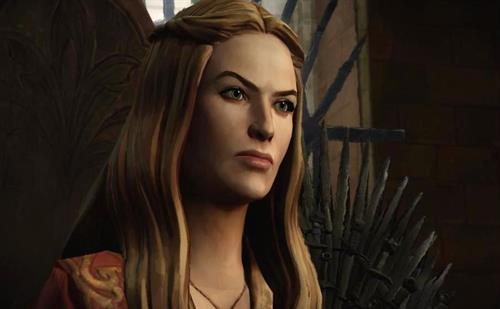 Choice based gameplay is the trademark of Telltale games now. They just never do a game that is not choice based. Now, what does it mean? In short, it means "freedom". Yes, you can do things at your own place and branch out of a particular mode of story and take another path, if you wish to do so. There is no one stopping you from doing that as the game is open-needed in a lot of manners. In fact, you will find that you are encouraged to do so from time to time. They will give you a lot of options to branch out from the main storyline and explore a completely different area which may lead to something new. You see, there is more to this game that what appears in the first glance. At first glance, it might look like a narrative-driven game that will be finished in just a couple of hours, but it turns out to be a total beast. What more can you ask for a meagerly $10? Just decide for yourself.

Game of Thrones is a game that you will love only if you have watched the TV show. If you haven't, chances are, you are going to loathe it. I am going to leave it up to you to decide what to do.

Telltale's Game of Thrones preview: 5 facts you need to know

Telltale has been doing a lot of games lately and to no one's surprise, everything they have created so far turned out to be amazing games. So, how is this game going to fare? Let's find out.

Life Is Strange review and highlights

With games like The Walking Dead and Game of Thrones already holding the top spot, Life is Strange is still a anew kid in the block. How does it stacks up against its rivals? Let's find out more.