2015 will be the year of amazing open world games. There is absolutely no doubt about it. It's the year when the definition of open-world games will be re-written by games like The Witcher 3 and Mad Max as we brace ourselves for some amazing open-world games down the line. Granted, 2014 was a disappointment in terms of open-world games as some of the games that were supposed to release in 2014 was pushed back to 2015 in the name of some polish, but 2015 is going to be the time when we will forget about those plights and look forward to all the positive things to come from the new year. So without any further ado, let's look at some of the best open-world games of 2015 -

The Witcher 3 is not made for kids for sure. It's a mature game made only with adults in mind. If you are under 18 years old, don't play this game. You might not even enjoy it, for there is not much violence and gore throughout like you see in blockbusters like Call of Duty and Battlefield series. The Witcher series, especially The Witcher 3 ventures in totally uncharted territory. There is not much to do except for wandering around and having some option is delivering dialogs. If you have not played this game, you will be thinking why even give this game a go if it's confined to just wandering around in circles talking to people? Well, the thing is, the layers are so deeply embedded in this game, you will amazed by its sheer quality and with the mastery it pulls a quite subtle story off. There is nothing left for this game to prove in that genre. The only place where this series was lacking in open-world. They are taking some steps to address that issue as well with The Witcher 3. Obviously, it's going to be open-world unlike the previous 2 entries of the series, which were linear games. 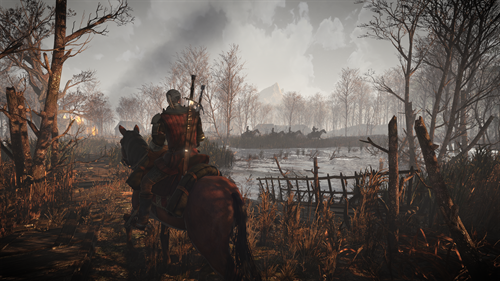 While only time will tell what this game is going to be like when it finally launches sometime in June, some previews have already declared this game as one of the best games of this generation., So brace yourself for one of the best games that will ever launch across the consoles and PCs. Some of the critiques have compared The Witcher 3 to Skyrim and found out that not only it's much bigger in size that the Skyrim, but the content and density is also much better. Simply put, The Witcher 3 beats Skyrim, the previous king of open-world games, in every area. Bethesda, the developers behind Skyrim, would never have imagined that this would happen so quickly and that they will be taken for a toss by one of the new companies in the gaming industry. I guess, healthy competition is good for both of these devs as well as the gamers. After all, it will be us who will get access to better games which would not have been possible had there been no cut-throat competition.

Remember the Avanchale Studios, the same studio who developed Just Cause 2? Now you got it! Wasn't Just Cause 2 one of the biggest games ever made in terms of game world? Heck, it even beats GTA V by a huge margin.

The same studio is gearing up to launch Mad Max, a game based on the movie, sometime this year. Scheduled to launch in 2014, they decided to delay this game in the wake of more polish and content, which was a right decision by them in my opinion. I would take a well-polished game any day over the rushed game. 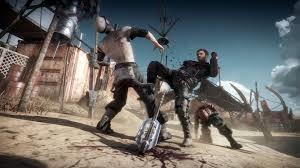 You will play as Max, a hero whose job is to drive around in his bigass jeeps and cars and beat up bad guys around the town. Your vehicle will play a major role in your combat. While they are yet to show anything from vehicle combat, I am quite hopeful that it will be unique and not something that has already been rehashed multiple times. As they have already stated, it's going to be quite different from their previous games. Perhaps that's why they have decided to delay this game as they are trying to go for something unique and unprecedented.

I know I know, your question would be, why the hell have your put GTA V in this list? Hasn't this game already been released in 2013 and on current-gen consoles in 2014? Well, you are right, but only partially. It's yet to release on PC.

Scheduled to release in 2014, they decided to not launch it with the current-gen consoles for some unknown reason. Although they cited polishing of the game as the reason behind delaying the PC release, most of us knew what that was all about. But hey, we are at least going to get the game. Better late than never, right? 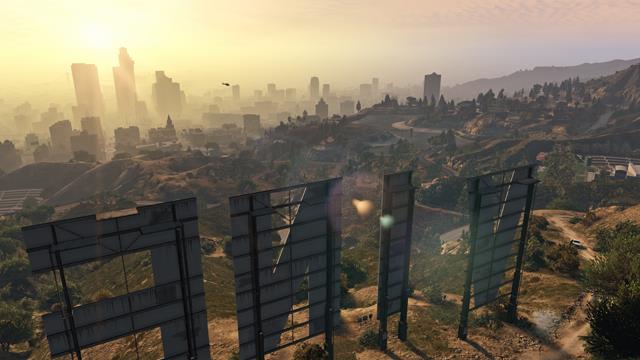 There are some doubts that it will be a game worth playing on PC. If you look back at their previous record of past few years, you will find out that they have not been good with PC ports despite it being one of the primary sources of revenue. GTA IV port was one of the worst ports of the history, which made it impossible for some people to play that game on PC. I hope they have learned from their mistakes and will not repeat them in future.

While there are lots of games to look forward to in 2015, the dearth of open-world games never cease to disappointment me. Maybe just maybe, we will see the flurry of new games on this year's E3 gaming convention, but only time will tell if it's just a wishful thinking or a reality. For now, we will have to be content with what we have for the time being – above open world games. With Fallout 4 or Doom not even in radar for this year, I am afraid that the situation for open-world games looks a bit shady this year. What do you think about it? Let us know about it through your comments.

Read Games Like Skyrim - Open world games you should play

The great games for the avid gamers out there! These high octane games will really be a gamers' delight. Add to it your simple and lucid writeup spiced with minute details of each of them. Thank you for letting us know of these "game changers".

All the three games mentioned above are eagerly awaited by gamers including me. And all of them have been extending their official release dates. As you can see, we first came to know that GTA 5 will come for PC in the starting of 2014 but haven't released yet. Last news regarding GTA 5 release date was mentioned as 27 Jan 2015 but now it have been extended. And the case is same for Witcher 3.

But whatever, we all be looking forward to finally play this game in coming days of 2015. I hope for positive updates regarding their release dates (fingers-crossed).