If you are looking for the best Windows 8.1 Tab which can greatly ease your work, then Notion Ink Cain 8 Tablet is for you. With a great 8 inch display and several of Microsoft apps, Notion Ink Cain 8 Tablet is just like a mini PC which can do wonders for you. But in terms of hardware specs, the performance was just average and can't be used for gaming purpose. And is also not well equipped for taking clear shots. However, for a blogger like me, I just loved this Tab for my purpose. So, it completely depends on your needs that whether you should buy it or let it slip by from your thoughts. And for this purpose, I have come up with my detailed review of Notion Ink Cain 8 Tablet. 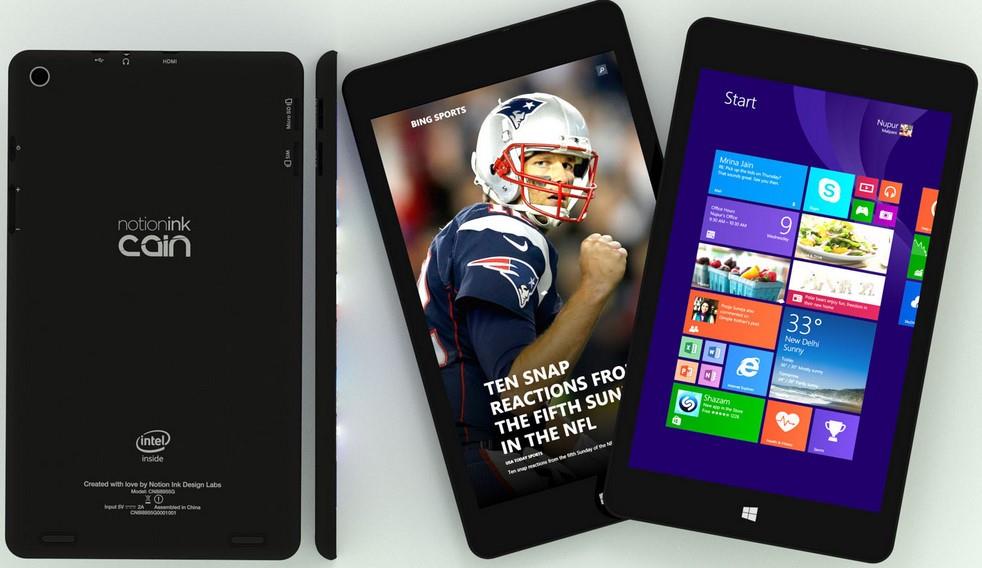 The Notion Ink Cain 8 Tablet features an IPS LCD display which supports resolutions of up to 1280*800 pixels. I don't have anything to complain about its display and it is really very rich in colors. The display provides 16.7 million colors per pixel, at least this is what the developers say. But honestly, the display is quite attractive and is richly supplied with vibrant colors, clear fonts and an adequate brightness which reaches the satisfactory mark of any tech enthusiast. However, I am not as much happy and satisfied with the cameras. Both the 2 MP front and rear cameras are not so well equipped to take crispy shots. Although, the front cam can be used for video chatting but I do not recommend them for any selfie geek.

Notion Ink Cain 8 Tablet is powered by Windows 8.1 and is much like a mini laptop. It is equipped with 1.83 GHz Quad-core processor which gets its juice from the Intel Bay Trail chipset for a much smoother experience. Well, developers made a good decision to include a Intel processor, which is a way much faster than the MediaTek ones which I guess you would have already encountered in the similar priced Tabs. However, 1 GB RAM is not adequate enough for a sensible multi-tasking. I believe at least 1.5 GB should have been included for a much balanced performance. This Tab is not suited for playing some high end games, but all the old school ones would still be playable. For an overall performance check, I installed GTA Sanandreas and NFS Most Wanted, both of them were playable and I didn't notice any significant lags. However, NFS Most Wanted did lagged a bit while taking the turns, but the lag was not heavy and I can still go for 5 more races if you say. And yes, the Tab also heated up after an average heavy usage with gaming and web browsing, something which I didn't expect from this device. 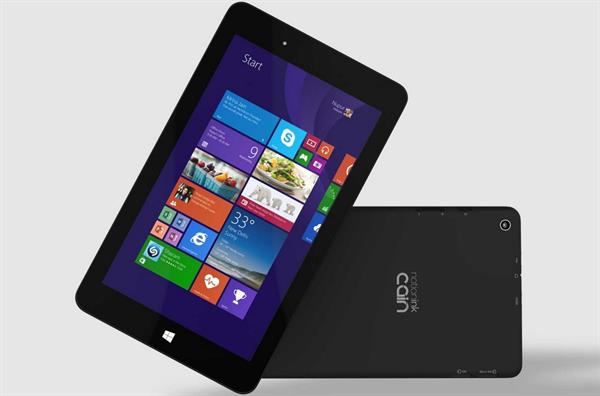 Notion Ink Cain 8 Tablet has a room for 16 GB internal storage which could be expanded for up to 64 GB with an external microSD card. I think 16 GB is well enough for a normal user and a support for a 64 GB microSD is something which everyone would applaud. As the Tab is specially built to relieve those who actually work for longer hours on their Laptops, so I didn't notice anything bogus with the provided storage. The tablet is powered by a 4000 mAh lithium polymer battery which provides a good but not great battery backup. A normal user with a lot of web browsing and a bit of gaming would last it for up to 6 or 7 hours but again I do not recommend it for heavy gaming. The battery charging time is also quite slow and didn't make use of any latest technologies to boost it. For a complete battery charging, the Tablet took me a little bit of more than 3 hours for its 100% regeneration.

Notion Ink Cain 8 Tablet comes with Wi-Fi and Bluetooth v4 support for a much faster data transfer rates. I used my Wi-Fi hotspot to connect this Tab and didn't notice any loopholes in this part. The internet was fast enough to have a pleasing experience. Besides, you will find a microUSB slot for moving data and can also be used for charging purpose. The device also offers a micro SIM slot for 3G data connections and a micro HDMI slot. However, the Tab is only equipped with Accelerometer and Ambient Light sensors. An additional Proximity and Temperature sensor would be appreciated. As it is a Windows Tablet, so you will have a full control over several Microsoft apps. Users can take advantage of Outlook to secure their content by creating a full backup of the device. I appreciate the Microsoft Office 365 which comes pre-installed on the Tab with one year free subscription. So, as a whole Notion Ink Cain 8 is a good pick for the features it provides.

Notion Ink Cain 8 is the best Windows 8.1 Tablet for under Rs 10,000. The Tablet features a beautiful display which is very rich in pixels and provides vivid colors and an adequate brightness. But the Tablet comes with a very poor camera which is not fit for selfies or any shots. If taking perfect snaps is one of your concerns then this one is really not for you. Besides, 1 GB RAM is not adequate enough for multi-tasking and would make the whole process a crap if you open a list of heavy apps in the single go. A 2 GB RAM would have blended perfectly with the Intel's 1.8 GHz Quad-core processor. But taking the fact that the Tab offers the PC like Microsoft apps whether it be Microsoft Office or Outlook, I didn't see any reason to ignore this Tab. At least, I found it a way more useful to me (as a blogger) as compared to several others with the similar price tags. If you are looking for a Tab to ease your work or for creating some animations with the Adobe's Flash program, then I recommend you to buy this one. But if you are a hardcore gamer or love to take detailed snaps, then you must part your ways with this Tab. As a whole I would rate this Tab a rating of 8 out of 10.

A number of Windows RT based convertible tablet/laptops are available in market at very affordable prices. This post covers specs and prices for such recently arrived hybrid devices.

Device convertibility is one of the revolutionary technologies that are in great demand, nowadays. This post covers specs and prices for some of such revolutionary convertible Tablet/ laptops arrived or arriving in market very shortly.

An interesting device, one must agree. But I dont feel the Tab will have many enthusiasts looking for it. Given the poor camera quality and the low RAM of just 1 GB can very well go against the tab. It can serve as a second Tab for any additional work, I feel.