If you are a hoarder like me chances are that the old smartphone that you stowed away in the dark recess of a cupboard sits there forgotten. How about you fish it out and put it to some practical use. Continuing with the earlier write-up on things to do with an old smartphone here are few more things that you can do with your old smartphone.

Convert it into a media player for the television

If the old smartphone has an HDMI output or MHL then it can be easily adapted into a flash based media player to be connected with your television.
In addition to the smartphone you will require a 32GB/64GB memory card compatible with your smartphone. Copy all your media onto this. Once that is done you will need to connect the smartphone to the television using an HDMI or MHL cable, and plug in the phone to charge as the media playing will result in drainage of battery faster than normal, and you can sit back and enjoy the audio video show on a big screen.

Alternatively, multimedia can be streamed wirelessly over Miracast or DLNA if the two gadgets support these.

Use the smartphone as a test bed for apps

With the surge in apps available for various smartphone platforms for numerous purposes, ascertaining ones that are actually functional is no mean feat. Instead of trying the apps on your new phone use your old smartphone as a testing platform. If you are satisfied with the results you can always install the app on your new phone. This method of testing apps on an old device will protect your newer phone from bloatware.

Test a range of custom ROMs on your old smartphone. Custom ROMs are good as they allow installation of latest versions of the OS, bump up the gadgets performance and battery life and eliminate redundant bloatware and animation effects.

Use it as a baby monitor or wireless security camera

There are a host of free apps available for downloaded that convert smartphones into wireless security camera. I recommend the following: 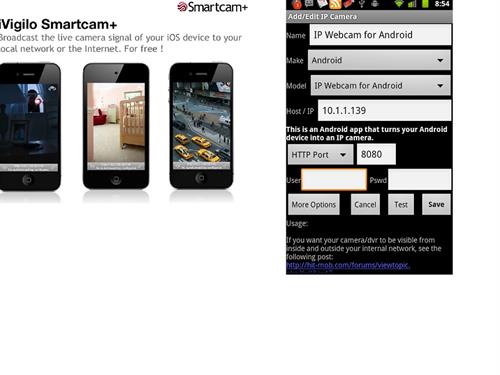 The apps use the cameras in the smartphone to stream live video that you can view on any gadget that supports streaming. You need to do the following to ensure the streaming is done as planned -

Turn your smartphone into a retro gaming device

The hardware installed in tablets and phones today is way superior to that in the gaming systems of the past. You can use software emulators to run these games on your smart device. You'll find a number of emulator apps on the Play Store. If you don't know where to begin then start by downloading the Nostalgia NES app; it comes highly recommended, for its free and supports a plethora of games.

You'll also have to get game ROMs before you can begin using the app.

Get a HUD for your car using your smartphone

Heads Up Display (HUD) is a sophisticated technology used universally in fighter jets. Imagine having it in your car! It is a cutting edge technology that enables projection of an image onto the windscreen. HUD apps use GPS to calculate vehicle speed and display it in the reflection. This allows the driver to concentrate on the driving instead of having to take his/her eyes off the road to check the various gauges.

Apps like the Ulysee Speedometer can be downloaded onto an old smartphone to be converted into a HUD. Download the app and place the smartphone facing upwards, on the dashboard on a slip resistant pad. Select the HUD mode on the app in the phone and you are ready to go. The app inverts image and reflects it on the windscreen.

How about your own Car Diagnostics?

Car instrumentation systems are designed to display three vital data – speed, fuel and temperature. However, there is other equally vital information that every car user must have access to for a safer drive; such as engine load, RPM, tyre pressure, tyre temperature etc. This information can now be gathered by tapping into the car's computer system using the on-board diagnostic (OBD II) port.

To do so, you can download the the DashCommand app onto your iOS or Android device. The app comes at a sub $50 price tag. You'll also need to buy the PLX Devices Kiwi Wi-Fi car to smartphone connection. There are different models costing between $100 and $130. Plug the PLX Kiwi into your vehicle's OBD II port and your smartphone will begin showing a multitude of real-time data

There is so much that an old smartphone can do for you and it is pity if you let it lie to waste in some drawer. Pull out that old device from its dungeon and give it a new lease to life. Use technology to your advantage and extract the most out of your old smartphone.

Read 4 Smart Things to do with your old Smartphone

You can also use it as a navigation device in case if it is the Android phone. You don not need to have a network connectivity if you have installed Here Maps app from Nokia. Overall, a great source of possible usage for your old phone. Hats off to you for the pains taken in compiling this list.