The Witcher series; so many people talk about it and perceive it one of the greatest storytelling games ever. What we so easily forget is how deep it really is despite its shortcoming in budget, especially the very first game that was released back in 2007 to the masses. They were not really popular at that time. Heck, no one even recognized the name of the company who made this game at that time.

Fast forward 2014, everyone who is a hardcore gamer, kind of knows who CD Projekt RED is. If you don't know who they are, you are definitely living under a rock. It's time you update yourself with some gaming news before going ahead as they are one of the most important factors of gaming peripheral right now. Almost every year, they have been showing something new and innovative to everyone in the public.
While we are waiting for them to show something new this year as well, let's talk about what they have done so far and why we consider Witcher series as one of the best RPGs they have ever produced.

Like I Said earlier, it's so easy to forget about the depth in this game when talking about how good this game is. Most people don't play attention to this facet of The Witcher series, which is one of the best attractions of this game. All they care about is some frantic swashbuckling, which not to mention, is not what this game is all about. Yes, combat is great; killing enemies feel really satisfying, but fact of the matter is, this is not primarily designed to be a fighting game. One of the most talking points of this game is how incredibly subtle it really is. You will be surprised if you delve deeper into its layers to find out more about the game. I can totally assure you that it's well worth the exploration.

I know I sound like I am trying to sell this game to you, but having played this game for more than 20 hours, I think I am in the best position to tell you more about it. If not for anything else, you should try this game just for the sake of an incredible storytelling. That alone is well worth the $60. Fortunately, though, you can easily find The Witcher 3 online selling for less than $20, sometimes even less than $10. Just keep an eye out for the lucrative deals.

What will you choose to do when on one had there is a poor lady who needs a slice of bread so desperately that she is going to die without it, or there are villagers who claim that she must be torched as she is a witch? Will you torch her or instead protect her? The choice is up to you. You can do whatever you want to. The game never tells you which side is the good one and which side is bad.

The Witcher series is filled with situations like above. You are not going to find them any easier than I did, if you are like me. Whatever you do, though, there are definitely going to be repercussions of it, most of which will turn out to be bad for you no matter what you'll choose. I guess sometimes bad things are bound to happen no matter what path you choose and the game reflects it.

You will not realize what you have done until the end when finally the choices that you made in the beginning begin to take a toll on you. It's pretty bone-chilling in the end. Saying anything else will spoil it for you, which is not something you want for sure. 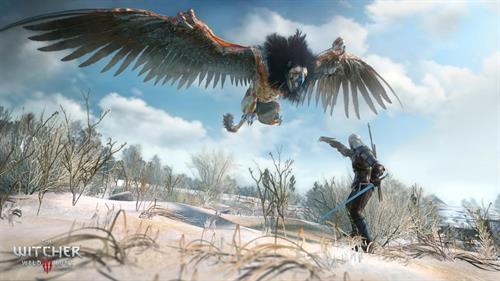 When was the last time you remembered a character from a game? Most of the gamers would answer this question that will be related to something they played recently as we don't quite remember characters from old games. To be honest, this is not our fault. Games are still far away from reaching the age of maturity like movies where they could engage their audience and suck them in emotionally.

The Witcher series started the trend to make you remember the characters from the game. How can you forget the Geralt of Rivia or her lover, for instance? That would be almost a crime for a fan of The Wither series. You are so emotionally attached to those characters that it's impossible to not think about them even after you have finished the game. If you have never played The Witcher before, I don't think you'd comprehend the essence of what I am stating here. Those people remember you as well, so it's not only you who is doing all the hard work of acknowledging ad remembering all the characters. If you are good with them, they will help you out with your missions. Heck, they may even teach you a skill or two, so choose your friends and foes quite wisely in the land of mysteries and wonders where things can change quite dramatically and swords are drawn before you know it.

Believe me, you don't want to be surrounded by grumpy, bulky creatures with their weapons out. It's the worse situation to be in. Even though, you have an option to engage in combat every time there is an option for a dialog, you should look to settle the matters peacefully as it's not easy to defeat people, especially when they are together in a group and you are all by yourself, which will be the case most of the time. Why mess it up when you can do it quite easily? Unless you want to do it the hard way where blood will be shed and lives will be lost, choose the peaceful option.

Witcher series might have its own share of issues, but it's a mighty game, and probably, the best RPG you will ever play, at least for the time being.

Read How open is the open-world of Witcher 3: Wild Hunt?