First of all, let me make it pretty clear that if you don't have a stable internet connection, you are not going to be able to play this game since it requires you to have an online connection all the time while you are playing it. It would throw you back to the main menu every time you are disconnected. With that out of the way, let's start talking about this online racing MMO. Launched just 2 days ago across most of the countries in the world, this game promises to bring back the openness and freedom to the racing franchise by allowing you to move freely and take missions as and when you please. I have started playing The Crew just 2 days ago. While there are a lot of things I haven't even seen, I think I have played enough to do a review of this humongous game spreading all across United States of America.

The first thing you'd notice in this game as soon as you login there is the huge map which is almost dizzying to be honest. It's so big that it would easily take you up to one hour just to race across from one point to another and that too in full-speed. Now you have an idea as to how big The Crew really is when it comes to the sheer scale of this game. There is no comparison of this game with any other game when it comes to size. It easily dwarfs the likes of GTA V, Just Cause 2 and other reputable open-world games. Just leave the random-world generators aside. They are not worth playing anyway. The huge map alone is worth spending $60. Just drive around the city and get a feel of how it's like to drive in America. No, it's nowhere near the size of real map of America. It's actually more of a compressed map of America.

So much variety in racing

I started my racing journey in Detroit after the prologue which was rather mundane and boring. Anyways, my first race was an easy one and so was my second. I started thinking, "Hang On, I am getting bored already". A few hours later, I had my upgraded car with so many new races to take, jumps to master and cars to unlock. As it turned out, I was wrong about this game altogether. That's why they say, "Don't judge a book by its cover". You'd never run out of different things to do in The Crew. It's pretty much guaranteed as soon as you log in.

Explore with your crew

If you have not played this game yet, you might want to be late to this game. The game encourages you to play with your friends instead of going solo in any mission. You can choose to play solo if you want, but the missions will be hell lot harder than normal. You'd be frustrated for sure. On the other hand, doing the same missions with friends seems like a piece of cake. Make sure that you never drive alone in this game as you are not going to have much fun playing solo. It's meant to be played with your crew (friends).

Did I tell you that this game is online only? Yes, you are going to need at least a 2 MBPS connection if you want to play this game, otherwise it's going to lag as hell. You won't be able to play the game properly as you'd' lag behind your friend. They are more than likely to kick you out of the lobby for your slow internet connection. 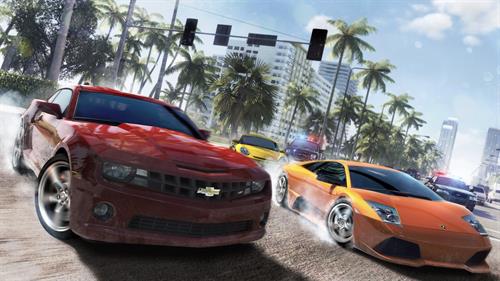 If you were ever worried about how much you are going to get for your $60, stop worrying right now. Let me tell you that The Crew is a beast. It spans across the whole United States, so what else are you expecting? It's not like the areas are empty. You are always going to find a lot of races in any particular area that you are in. Besides, you can always choose to play against your friends anywhere you like. There are no set tracks for a multiplayer racing. Just start one whenever you feel like it and you'll be good to go.

Yes, the best thing about The Crew that you are not going to need to pay more than one time to enjoy this game. Micro Transactions are also minimal in this game. It's more like paying $60 for hundreds of hours of content. You don't see that happening often, do you? They were planning to introduce some nasty micro-transactions like Forza and Driverclub, but they decided against it after taking the fans feedback into the consideration. It shows that they do listen to their fans indeed. I know some people won't agree with me as they absolutely loathe the Ubisoft, but it's okay. Everyone can't have the same opinion.

When it comes to graphics, it's absolutely sizzling. You can see the sunshine through the car's front glasses. The reflection is really vivid which makes you wonder how they did that. You get a different vibe in every different city. For example, states like Chicago and Detroit are kind of full with tall buildings while Californian parts are all desert all the way.

The Crew is not perfect, far from it. So if you'd like a game where track are buttery and cars as as smooth as Forza series, you would do yourself a favor to skip to other driving games, but if you can endure it, you'd find a beautiful, ambitious game lying beneath a rough surface.

Read The Crew online game: 4 things you should know about it

There are tons of MMOs coming out this year. Some of them have already been released while others are still in pipeline. What are some of them you should look forward to? Let's find out.

Games like Vindictus: A few action multiplayer games you have to play

Vindictus is really popular everywhere due to its real time combat mechanics which goes layers deep. I wish more games had it. Nevertheless, soem games come close to it. So let's look at some of the similar games like Vindictus.

Read this review of Speed Night, an android game with detailed walk-through and useful tips.