Asus has gone back to its roots – the Greek inspiration for its brand name – and has brought out the Pegasus X002 smartphone as a potential rival to the Xiaomi Redmi 1S. This dual SIM Android phone comes with a budget price tag (around 799 CNY, which puts it in the same price range as the Redmi 1S) and will be available in China, with other markets expecting to see it soon. The X002 is also one of the cheapest phones around to offer 4G LTE connectivity, which might at the moment, be a bigger selling point in China than in India, but interest in 4G LTE is fast growing in India. 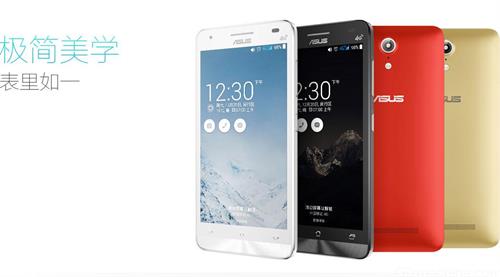 Here is a preview of what the X002 will offer when it hits the market.


According to statements, it appears that the X002 will weigh around 140 grams and measure 146 X 73 X 9.9mm. The phone will be available in a variety of colors – black, white, gold and red – and give customers options to choose from. Its 5 inch capacitive screen will offer users a reasonably large display which will offer 720 X 1280 pixel resolution and roughly 294 pixels per inch density.

The X002 will be powered by a 1.5 GHz quad-core Cortex A53 chip and a MediaTek 64-bit SoC (MT6732) along with a 2GB RAM. This should give users sufficient multi-tasking capabilities and a good processing performance, which could turn out to be value for money. It will offer 16 GB of internal storage, which will be expandable to up to 64GB through a microSD slot. The dual-SIM will offer 4G and 2G capabilities. The smartphone will run the Android 4.4 KitKat and the simple and intuitive ZenUI that you will find on the ZenFone range. The phone will run on a 2500mAh Li-ion battery, which might prove more attractive to users and offer longer battery life than the 2000mAh on the Xiaomi Redmi 1S.

Pegasus X002 will come with an 8MP rear camera with LED flash for clear pictures and a 5MP front camera perfect for users who enjoy taking selfies. Connectivity options will include the standard WiFi, GPRS/EDGE, Bluetooth 4.0, GPS/A-GPS, WiFi direct and MicroUSB. In addition, it will support TD-SCDMA, TD-LTE and GSM networks, making it suitable only for China markets at the moment.

The phone is expected to also offer an intelligent desktop feature that makes search for apps easy, as well as reducing power consumption and increasing processor performance. The front camera has an impressive 80 degree wide angle and a large F2.2 aperture which could offer better picture quality than many other smartphone cameras of this price range. Unfortunately, the handset will reportedly not feature FM Radio, though there is a 3.5mm headphone jack included for the enjoyment of stored music. The X002 will also come with a proximity sensor, an ambient light sensor and an accelerometer to align the screen whichever way you hold it.

The new Pegasus line is distinct from the Zen Fone lineup and is expected to become a bestseller because of its affordability and processor specs for the price. With impressive hardware offered for the price, it is expected to put up some stiff competition to the Redmi 1S and Huawei's Honor 3C Lite.

Google Says 'Have a KitKat break' With the All New Android KitKat (version 4.4)

Google has recently unveiled its all new Android version 4.4 carrying the name of one of the most famous chocolates, Nestle's KitKat. Read this announcement and get informed about the launch of Google's all new Android KitKat.