Call Of Duty has been a flagship franchise for so many years now. It's one of the best-selling games ever. Apparently, there are a few handful of people who don't like the look of this game. They frown upon by even the discussion of this game. But there are millions who buy this game every year. People line up in cues to buy this game the day it launches. There is no need to improve this game if it keeps going like this. Why fix it if it ain't broke, right?

Well, as it turns out, there is a need to do it. Judging by the reactions of people for last 2 COD games, it's pretty clear that it's now or never for this franchise. They will have to totally revamp this franchise if they want to keep enjoying the success that they are so used to. Here are a few things I would suggest them to improve –

If they are really serious about improving this series, how about a better single player then? It seems that they cut and paste the same thing from every last game every year. They don't even try to make any effort to better the game. On the contrary side, it seems that their storytelling is deteriorating every year. Things are poised to go awry if they don't change the way they deal with their customers. They are going to get fed up of this game pretty soon. Most of them already feel robed by buying the last game which was a real mess to be honest. Single player missions should be long enough and sensible. I can't see them taking steps to do that though. They are not going to listen to us. 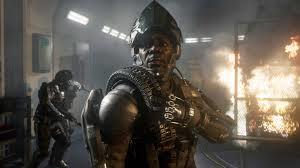 All we do in Call Of Duty games is follow instructions. You are never in control of the game. You can't play the game your own way. Instructions will either appear on your screen or you'll have to follow some person which will lead you to destination. It's a tightly driven narrow path that the game forces you to follow. It's just pathetic. You can't have games like this in 2014. How about giving us some freedom to engage in mission at our own pace? That would be great for starters.

All we do in COD is mercilessly shooting enemies in the face while we feel almost invisible. Hoards and hoards of men trying to capture and kill me, but I still manage to come pout unscathed and that too without doing much. Had it involved going stealthily and killing everyone one by one, it would have seemed more convincible, but you can win even if you go all-guns blazing on them. They are more than willing to take a bullet to their head rather than ducking or going behind a solid cover. Call Of Duty plays like this for the most part, which not to mention, is s a tad disappointing. They need to develop a better AI for sure. It goes without saying that if they want this series to survive and compete with other rival series, they need to revamp the AI mechanics as soon as possible or they need to embrace the bankruptcy that would soon follow.

I can't stress this enough. It wouldn't be exaggeration if I would say that Call Of Duty still looks like a 2007 game. Whole other games have moved forward with a different look, they are still stuck on where they were refusing to move on. Why fix it if it ain't broke? They believe in that it seems. Call Of Duty still runs on that old 2007 engine which game rise to Call of Duty Modern Warfare – an iconic first-person shooter. Things have only gone downhill from there as they kept rehashing the same formula instead to trying something innovative. They didn't take the initiative, but it's about time they do something about the graphics of Call Of Duty. While I will still remain pessimistic about most part of Call Of Duty franchise, I am still positive about the fact that they are working on improving the graphics of this game. The last COD game got so much heat that they will have to work on it to make sure that they gain back the respect once again.

I want to add one more point. Most of the Call of Duty games are based on the World War 2 era. They should create a new storyline for the upcoming Call of Duty games. A Third Person Shooter game is also a better option.