2015 is approaching faster than ever. While 2014 will be remembered for games like Far Cry 4, this year will soon be forgotten when we enter 2015 as there are some insanely ambitious games that will launch the very next year. These games are waiting for us to get our hands on them. Let's find out more about these game here -

The first thing that comes to my mind when I think of innovation is The Witcher 3. It's almost unbelievable as to how far this Polish studio has come I recent years. I am quite amazed to be honest. The Wither one was a small project and The Witcher 2 was a bit bigger than the last one. The Witcher 3, however, promises to take things to a whole another level. The world is 36 times bigger than The Wither 2. Now, you may say that creating a huge world is not a big thing nowadays as the engines are getting smarter everyday. Well, you are partially right. Creating huge worlds is not a big task. Filling it with quests to do and locations to explore, however, is a really big task. You can create a world as big as Just Cause 2 in a couple of months, but filling it will take a good couple of years. That's where the real test lies for a developer. Their creativity gets tested on every level. They are promising that you'll never have to actively search for things to do. All the random events and more than 100 quests to do in this world, will make sure that you'll never run out of things to do. 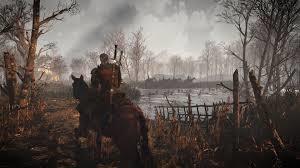 Announced back in 2013, we still haven't seen much of this game to be honest. What we know for sure, though, is this game is going to be an open-world game. An EA executive officer came out to emphasize that this game is going to be huge. He also stressed that they are really working hard on this game to make sure that it's on par with the huge expectations of people. Mirror's Edge was pretty great and I am sure that the sequel isn't going to disappoint us wither. If you haven't played the game, I think you should definitely play it. The parkour in this game was revolutionary. That's where everything started. Let's just hope that EA is going to reveal more about this game pretty soon, otherwise people will forget that this game ever existed. I think they should definitely take a chance with revealing this game a bit early. E3 onvention should be the best place for them to showcase the first ever gameplay footage from this game.

Just like Mirror's Edge 2, nit much is known about this game except for the fact that it's going to be open world offering players a chance to play the game their way. This game is going to be revolutionary in many ways. When any game has CD Project Red's name attached to it, you just know that things are going to get crazy pretty soon. There are no half measures about it. They are not going to hold back for sure as they are renowned to take risks. For now, they are focusing on releasing The Witcher 3 next year, but one it releases, I am pretty sure that they will focus back on Cyberpunk as it's going to be another flagship franchise for them. They wouldn't want to ruin it for sue, so they are going to do their best to release this game as early as possible.

Dead Island was a good game, Dead Island 2 was a bit better, but Dead Island 3 promises to be the best of the series so far. Unlike the previous 2 games, Dead Island 3 will not feature a single player mode. Yes, this game will only be a multiplayer game. It means that you'll have to stay connected to the internet to be able to get your hands on this game.

Despite the name being Dead Island, it's not taking place on an island this time around. They are developing this game in a Californian map.

MGS 5 is one of the most anticipated games of 2015. Scheduled to launch in 2014, it was pushed ahead to 2015 for better polishing of the game as it was pretty apparent that this game needed some more time Instead of rushing it out, they have decided to give it some time which is a rarity in gaming industry. This game series has always been known for its stealth mechanics and it's more than likely that MGS 5 is going to take it a step above.