We all know that 2015 is going to be a big year of gaming. The reason is, 2014, the year that was supposed to bring games like Batman, Hellraid and a bunch of others to our consoles and PCs, became a disappointing year when we heard that these games are going to be delayed and they will launch in 2015. Now the year is packed with some amazing AA games. We are looking forward to release of GTA V on PC, Mad Max, Quantum Break, The Witcher 3, Fallout 4 and a dozen of other mainstream games. These games are going to be mind-boggling that will set the benchmark for other games to come in future, but then there are other games that are overlooked by the community. It's quite surprising if you ask me, because I think that these games are going to be intriguing and will offer the best bang of the bucks. Not a lot of people are talking about these potential hit games though as they are quite underrated, so let me do the honours of bringing them to limelight –

You'd be surprised to know that Hellraid is being developed by the the same team that is developing Dead Island 3. Yes, it's true. Isn't it quite unbelievable that one of their games is getting all of the focus whereas other one is starving? Scheduled to launch next year, Hellraid seems to have attracted only a handful of people up until now. With its slick combat system and vast open lands to explore, it should have gotten way more roars in most of the gaming conventions, but we barely heard anything about it. We are yet to hear anything up until now. Major gaming sites like VG247 and IGN rarely post any news about it. You shouldn't miss out on it tough. I am pretty sure that it's going to be amazing leaving everyone's jaw dropped on the floor. If you loved Skyrim, you are going to love this game too as it features the same kind of graphics and lore.

Mad Max is being developed by Avanchale Studios, the same studio responsible for games like Just Cause and Just Cause 2. How can you ever forget that game? Just Cause 2 was probably one of the biggest games ever, it still is. Heck, even GTA V's map looks tiny in front of Just Cause 2 map. While the map was certainly huge, there wasn't too much to do sadly as the density was not there. Those vast lands seemed barren as there were almost no activity. They would be looking to change that with their next game –Mad Max. The only reason people are doubting about the quality of this game is because it was delayed to 2015 by the developers all of a sudden leaving quite a few fans incensed. I have no doubt about this game though. It would be amazing to see Max driving in his buggy through the world blasting everything off that comes in his way. Are you ready for it?

Killing Floor was an amazing first person shooter. It was a cult classic to put simply. They will be looking to revive the same enthusiasm and sentiments when this game launches again in 2015. Yes it going to be a low-budget game, but make no mistake about it, it's going to be amazing. They are taking all the feedback into the consideration.

Telltale Game, the developer behind games like The Walking Dead, Game Of Thrones, The Wolf Among Us an the Tales from The Borderlands – how can we forget them? They are always up to something. With a team of around 100 people, they are doing an amazing job by working on more than 4 games at the same time. Yes, all the games I mentioned above are being worked on at the same time. Isn't it amazing? While the first season was focused on Lee, the second season was for Clem, the little girl trying to survive in the world taken swarming with zombies. Will she be able to get through the third season o will there be another protagonist? Only time would tell. Things are pretty tense right now, so waiting for the third season is the only thing we can do. One thing is pretty sure though, this game is going to be a hit.

The Wolf Among Us 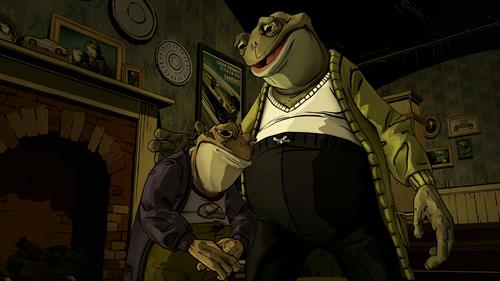 The first season of The Wolf Among us was pretty great. As they gear up for the second season, things are not looking good for this game. The problem is, not a lot of people are playing this game despite it being an amazing game. Let's hope that things will be much better one this game launches next year.

You’ve checked your download speed and PING, but those aren’t the only factors that online garners should consider. There is another important variable — jitter. Find out more about Jitter in the following article.

Read this article to know abou the best available Free online games to play, along with it's features and reviews.

The Walking Dead Episode 2: Starved for Help - A review

Read this review of the game The Walking Dead Episode 2: Starved For Help and know how to play this game.