The much awaited tablet from Nokia has recently been announced. Yes, the all new Nokia N1 Android is expected to be released in the first quarter of the year 2015. It will be the first device from Nokia to have an Android OS and will run on Android 5.0 (Lollipop). The pact of Nokia with the Microsoft has now ended up and Nokia can now load its upcoming devices with Android OS as in the Nokia N1 tablet. Here are the things known about Nokia N1 tablet till today. 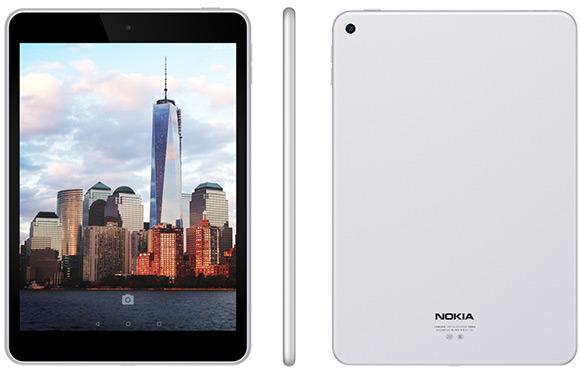 Talking of the features and specifications of Nokia N1 tablet, one can guess easily what this device is going to get with it. Anyways, let me describe Nokia N1 tablet in a gist.

Nokia N1 is a 8 x 5.5 inch tablet weighing about 300 grams with a thickness of 0.27 inches. It has a display of the resolution 1536 x 2048 pixels with IPS capacitive touch screen protected by Corning Gorilla glass 3. This protective glass lowers the risk of the touchscreen getting broken even with a small blow which is really of great use.

Nokia N1 comes with two cameras; one on front and another on back. The front camera is 5 Megapixels and the back camera is 8 Megapixels with a recording ability of 1080p HD videos and HD still snapshots. The pixel rate of the images taken by Nokia N1 tablet is 3468 x 2370 which helps to take a super HD view of the things around you.

The Random Access Memory (RAM) is 2 GB in size and the internal memory is 32 GB which is not expandable via a card slot. However, it possesses micro USB 2.0 which can be used to connect an external media like a hard disk or a pendrive with the device.

Nokia N1 possesses a Quad Core processor of size 2.3 GHz which gives it a smooth run and keeps it away from the complaints of hanging up, forced stops, heating up etc. Hence, the configuration given to Nokia N1 will make it a device with smooth processing.

The Bluetooth is of the version 4.0 enabling fast transfer and connectivity trough Bluetooth. Nokia N1 contains dual band WiFi 802.11 which enhances the WiFi connectivity too.

Nokia is expected to launch this device in the first quarter of coming year and the price of Nokia N1 is expected to be 250 Euros which is really a reasonable price to give a try to their first Android device. It will first be available for booking in USA and after some days of release, in India too. So keep your fingers crossed as Nokia N1 is going to be a Boom!

Why Nokia N1 tablet and not Nokia N1 smartphone

As everyone prefers to see the things on a big screen, so Nokia decided to give it the shape of a tablets and not a small sized smartphone and this is definitely a good strategy which is going to be make Nokia N1 a successful tablet.

Nokia N1 is definitely going to give Nokia corporation a great lift but as we know every device has cons which will be revealed after the release of this amazing tablets. So, let us wait for a hands on review of Nokia N1 tablet after its full and release. However, the pros of this device are on the heavier side and the cons on the lighter side.

Why Nokia chooses Android over Windows 8 OS for Nokia mobiles

How to configure Android L launcher on Nexus 5 or similar Kitkat devices?

Are you looking for ways to make your Kitkat theme look like Android L OS on Nexus 5 smartphone? Want to know about useful tips to install Android L on Nexus devices? Please read further to know about the Google Android L theme app and how Android L launcher can be configured for Nexus 5. Here, I have listed steps to try out Android L developer preview on Nexus 5 device i.e. steps to upgrade to Android 5.0 L on Kitkat devices like Nexus 5.