Today's smartphones hardly last a day time of usage and you need to recharge these phones every few hours of heavy usage. Power Banks are already available in the market and they come in various capacities. Many of these Power Banks are cheap, knock-off items which will not last long. Good quality power banks cost high and also need USB cables to be carried along with it. This is where Wireless chargers or Qi Power Bank makes sense. Ponte Air Qi charger is a compact and easy to carry device which can charge smartphones wirelessly. It combines the function of wireless charging and a Power Bank. Charging is easy by placing your smartphone over the Qi charger.

Ponte Air AEP-5000WP is a wireless charging or Qi Power Bank as it is usually called. This is a OTG (On-The-Go) charging device. Qi is the interface standard developed by Wireless Power Consortium for inductive electrical power transfer. This Qi power bank has a capacity of 5000mAh, sufficient enough to charge most of the smartphones available in the market. Its dimensions are 130x67x13.8mm, which is good enough for placing smartphones with 5 inch or even bigger screen area. Ponte Air is lightweight, clean design with no extra cables or parts protruding outwards. 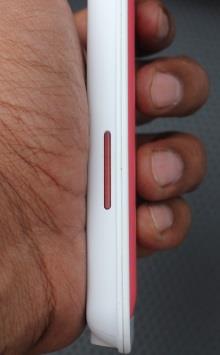 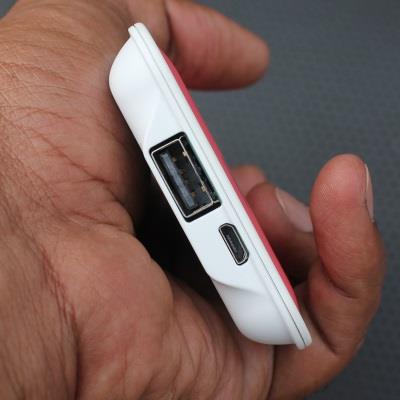 USB port allows you to charge any USB devices. Micro USB port is to charge this device itself.

It comes with a USB charging option also. There is a micro-usb port through which Ponte air is recharged. There is a 2 color LED indicator on the side which will blink when charging devices as well as when Ponte Air is recharged. There is a buzzer alarm also to indicate fully charged state. Same indicator doubles as a charge level indicator. Charging capacity is shown if you press the lower area of the front portion. Other features include fast charging and load auto detection of the chargeable device. Charger stops after detecting smartphone battery is fully charged. Ponte Air is a fast and efficient method for people who need quick charging and those who travel often where you lack power recharging options for their devices. It is well made, compact and easy to use gadget. 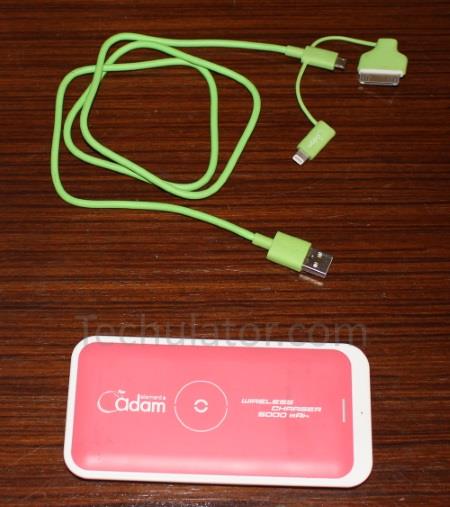 The green multi-purpose cable is a separate accessory that has multiple outputs.

Adam Elements also provides an Apple MFi certified 3 in 1 USB cable which needs to be bought separately. This cable has 3 connecting options including micro usb, iPhone 5, iPad connectors. It is a well made cable, quite thick, meeting the OEM standards and comes in different colors. It has a length of 90 cm. It can be used with any Apple device as well as Android device that support micro usb charging.

How wireless charging works and what is the technology behind it

You might have heard about the launch of latest smartphones like Nokia Lumia 920 in the market. The latest smartphones use the wireless charging technology for charging the battery. This is a new avatar of old electrical theory that existed years ago. In this article, I shall discuss about the nature of wireless charging, how it works and its latest developments. Please read on.

A research group of Korea Advanced Institute of Science and Technology, South Korea has developed a new wireless charging technology that can power up any devices from a distance of 5 metre away. Read more about this development here.

TP-Link announces TL-PB10400, a portable 10400mAH powerbank for your gadgets

TP-LINK, a Global provider of Networking Products has introduced the Portable Power Bank TL-PB10400. Apart from having sleek look and classy design, it comes with a powerful capacity of 10400mAh which will ensure that your smartphone charges 3~5 times, keeping your devices running all the time.

Are you looking for a high capacity power bank to recharge your mobile phone and tablets on the go? Read this review of LP-208 ERD Power Bank review.

In this article, I'll be reviewing the high capacity 9000mAh power bank by Samsung. Read this article if you're planning to buy a power bank and are looking for good options.