Now that selfies have become all the rage, well known smartphone manufacturers are competing to capture the selfie smartphone market! That's not all there is to this lucrative market, though. Those creative experts who can make some fabulous apps to help selfies indulge in their passion are making great business too. Let's have a look at three of these popular apps.

Ever wanted to make optimal use of both front and rear cameras on your smartphone? The Frontback app is just for you! This award-winning free app can help you take a selfie with the front camera, capture what you missed out on with the rear camera, and join the dual images to create a fab selfie. Wow!

How to use the app

A few swipes and taps are all you need to utilize this wonderful app. Check these:

Smart Features of the app

To make maximum use of the Frontback app, make sure you know its unique features:

Latest updates as of October 2014:

User Feedback: While a majority of users of the Frontback app find it an easy, fun to use app, there have been annoyed people who do object to having to open an account to use the app. Some have also found that options for picture brightness are limited.

Check it out at: https://play.google.com/store/apps/details?id=com.checkthis.frontback&hl=en

As the name implies, this free app is a scaled down version of an actual studio. The front screen is used as a flash while the backlight of that screen is optimally utilized to add a unique colour or special effect. You can use the various tools of the app to edit the selfie you shoot. 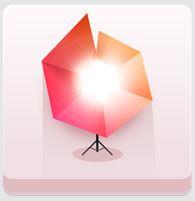 Smart features of the app

Additionally, you can share your selfies on popular social networking sites.

User feedback: The downside of this app is that unless your device has a front-facing camera, it cannot be used at all. So don't waste time installing it if you don't have the front-facing camera on your smartphone! A major issue reported by some users is that the Selfie Studio app tends to crash. Further, it seems that the preview image is not quite in sync with the final image and even tends to have a bad grainy texture when you enlarge the image on your computer. In response to this problem, the company has stated that the Selfie Studio app makes optimal use of the smartphone's brightness levels which results in exposure to the maximum brightness level while taking the shot. Subsequently, you are likely to see a darker image than when shooting when the smartphone's screen returns to its normal levels of brightness.

An indication of what this app does lies in its name itself. That is, it can snap faces, including your own, thanks to its face recognition feature. What this implies is that a hands-free selfie can be taken. What's more, you no longer have to get into a bother about the good/bad light conditions. The app has got an analytical brain to do it for you, whether you are using the front or the rear camera of your device.

Note that FaceSnap works to its optimal level on an iPhone 4s or higher. 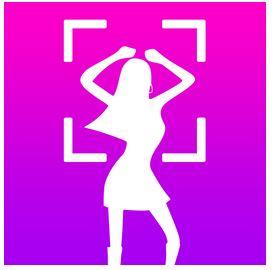 Smart features of this app

Once you're done and are excited with the result, share your selfies with all and sundry via email, Air Drop or a social networking page.

Check out the demo video to understand how to use FaceSnap at: https://www.youtube.com/watch?v=XUmVgeWpAq0

User Feedback: Not many users of this app have given feedback, but those who have used it early on had complained of it crashing. Perhaps the updated version with fixed bugs has dealt with this problem.

So what are you waiting for? Start using some of these cool apps for capturing better selifies!