For those who wanted that earlier Start menu appearing in the virtual desktops along with Charms bar working the same way as it used to do, Windows 10 will surely make them feel content with all these clubbed together.

There are no such changes in the Explorer, Control Panel, or in the tools like Paint and Notepad, or in the Store apps like Music and Video. But the technical difference is brought in the core features which proves that Microsoft has the ability to maintain that excellence in balancing the touchscreen, mouse and keyboard to make every user on earth feel comfortable. 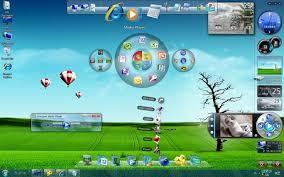 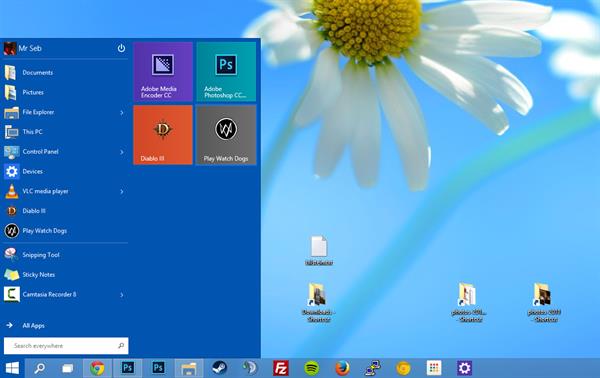 Start
Going with the expectation of the general users, the Start menu will appear as the default button, if you are using Windows 10 with the keyboard and mouse. But one can choose to keep the full-screen as the Start screen as well. Moreover, on the Start menu, one can pin the Live Tiles in customized sizes appearing on the right, but you will get that known list of pinned with recent applications on the left, along with the lists for files, the search box for running the commands and the power button for shutting down and restarting your PC.

The search box continues to maintain all the Windows 8 features, that includes results from the Windows store and Bing. A separate Search menu coming next to the Start button has been added to display the current topics directly imported from Bing.

Resize the Start menu as per your choice, by dragging it up or down to change the height. To change its width you have to go to the setting and feed the dimensions.

Virtual Desktops, Apps and Snaps
Now Snapping is doing more than just meaning that two desktop apps would share half the desktop layout seen in Windows 8. So if you are working on a narrow window, the other window may occupy the rest of the space, or if you choose to snap four apps, you would get one in each of the corners. Now Windows will also display the thumbnails of open windows that makes it easy to choose the relevant one without going for rearranging things. 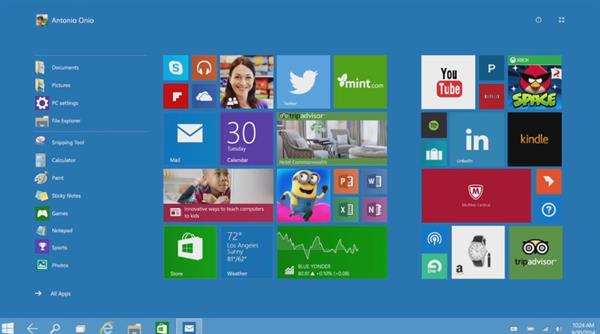 Virtual desktops which is a new feature in Windows 10 brings few help tools in the task bar. For example, if you are using an app but not working with it right now in the current desktop, it shows it as underlined in the task bar - clicking on its icon will lead directly to it, and to the rest of that desktop. It certainly indicates that Windows 10 is supposed to be designed for the desktop power users.

Charms
In Windows 10 the Charms bar is there to be seen when you swipe the edge of a touchscreen, but it might not be visible if you are using the Windows-C keyboard shortcut. But when you are working with a mouse and keyboard and in your active window there is a modern app like the Windows Store, then the keyboard shortcut will show a mini Charms menu hanging from the top left corner of the app.

There are those three dots which are now labelled as App Commands, the Search, the Share and the Settings charms on the Charms bar, as well as other commands like Project, Play, and Print, and you can run the app on Full Screen.

Windows 10 Store
Experience Windows 10 in microcosm. Microsoft has brought the latest interface with every possible useful tools in its store. 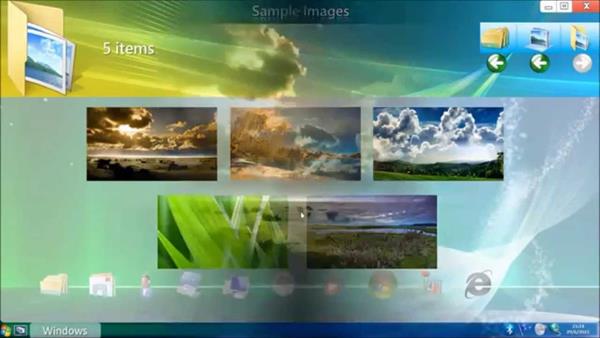 The Command Prompt
In the Charms here is the command prompt, for running scripts and batch files. In Windows 10 they have incorporated the powerful PowerShell automation system by bringing that harmonising effect. Using your familiar keyboard shortcuts you can select a line or a word at a time, to copy and paste simultaneously.

Pros
The W10 Welcome Desktop has the familiar looks.
We got back the old Start menu with new upgraded options like rearranging, customizing, live tiles and so on. The new design is certainly more enchanting than before.
The inclusion of multiple desktops is no doubt a very effective organizational solution.
The Xbox Live tile, is now much easier for the Xbox One gamers.

Cons
Windows 10 has the same Windows 8 style home screen. To open something in the Windows 8 home screen, it will still open in the classic desktop mode -- and will not revert even after closing the program. So one has to go back to the Windows 8 home manually .
While opening the live tiles, you get the Windows 8 touch screen, with the swipe side-to-side navigation method. But it doesn't look nice on a non-touch device.

Upgradation is always for better productivity for all, and that is where Windows 10 comes in fulfilling the needs of different users. The technical preview is certainly to make power users happy, but the common desktop users aren't neglected either.

How to create bootable USB to install Windows 10

How to report Windows 10 bugs to Microsoft?

Did you encounter an error on Windows 10 or found a bug? Help Microsoft improve its new OS by reporting the bug to Microsoft. Learn how to report Windows 10 bugs.