If there is one thing that can be called unpredictable in recent times, it has to be the gaming industry. There have been so many new games that have done well in the market without a typical new age fantasies. In fact, old school and retro games have been doing well (read flappy bird). Shovel Knight is one such game that captures your imagination quite well. In a nutshell, it is a smart, thoughtful and classic adventure game of 2014. 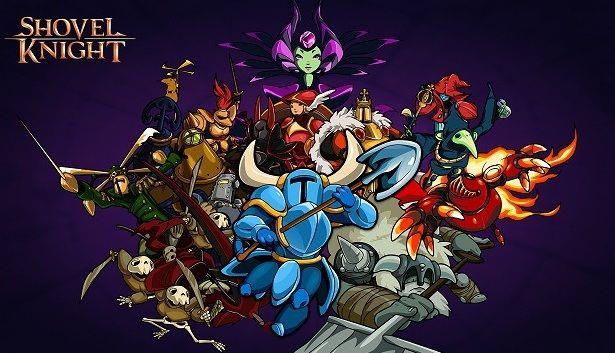 The story revolves around Shovel Knight and his partner, Shield knight. They are separated by an evil sorcerer called The Enchantress, who takes control of the kingdom that the duo have to protect. The Enchantress is supported by her 'Order of No Quarter' – they are 8 knights that bring on attack to Shovel and shield knight. One of the highlights of the Shovel Knight game is the themed stage for each of the evil knights. Shovel knight must defeat the 8 knights stage by stage and regain the conquered kingdom.

The story of the game is quite simple and the theme is quite good. The game is very fluidic, free flowing and responsive making it very easy to grasp. The knight is armed with a shovel and as the name suggests he uses it to thrash people and use it as tool too. He digs treasures, breaks blocks of rock and sand and can also use it to shoot a pulse of energy across the screen. This feature requires a few upgrades or collecting loot on the game. Collecting loot or earning cash in the game is very important. With each passing stage of the game, you get valuables and cash that you can use to buy armor, health and upgrades. There are plenty of subweapons that are present which have to be taken, like the wand that blazes fire or the axe that's thrown around. These features of Shovel knight make it an instant hit with the younger crowd. The makers of the game have implemented a risk-reward element to the game that makes it quite addictive. The more you play the game, the more you understand the point of playing more attentively. To be frank, I think the game would have been better with a few more foes in place. It would have made it a lot more entertaining. The game could have been made a lot entertaining with more diversity between the enemy characters. However, take nothing from Shovel knight as it does the magic of reliving a good tale.

The shovel knight gameplay is the key and it has been done well by the makers. The stages of the game are designed brilliantly and the retro themed tunes fit in perfectly. There are plenty of moments through the game that you are completely engrossed in the aesthetic beauty of the game and imagery. You need to put in the time and the effort to master this game, especially with the different weapons and enemy characters. All in all, the game is brilliant. It is a game that definitely deserves a recommend. Not only does it understand the exact needs of retro gamers but it gives a lot of inspiration to future game makers too. There is of course a lot of inspiration from earlier games but that is a given since it is a new game. You will have a great time understanding the steps of the game and how tough it really is the first time. It is bound to stick to you more than your typical throwback game and frankly, that is the beauty of it. You have to conquer stages and have to return back to grind your way for more money to get upgrades; all making it very addictive.

How to play with ropes in Rope Escape game - Tips, tricks and review

Are you feeling difficulty in mastering Rope Escape game? Are you trying to score big but can't? There is nothing to worry about, as I am eager to help you! Here is the article which is perhaps a solution of your problems regarding the game. Read more!

Do you wish to play some top Adventure games on your Android Smart device then, go this article and get acknowledged about top 5 coolest Adventure games for Android smartphones and tablets.

How to play The Hunger Games Adventures game- review and walkthrough

Review of The Walking Dead Season 1: A Big Sacrifice

Are you in for a new adventure? Will you go lumbering into a sprawling city experiencing it for yourself how is it like to survive in the zombie-Apocalypse? Then read on!