I guess review is being written a tad too late, as it's been close to 3 years after the release of a true Indian sports bike – The Yamaha YZF R15. This is more of an experience being shared with you all, the experience that I had with my little Yamaha. 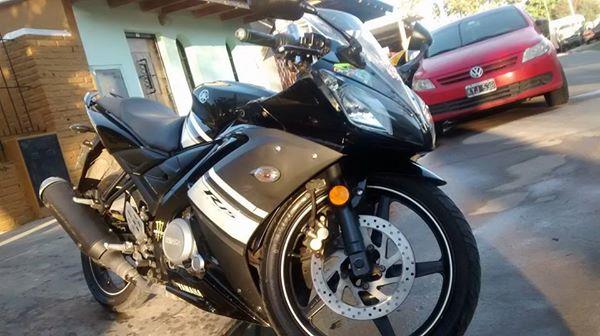 I bought mine in the month of August 2012. There was never any confusion after its release was known. The only probable delay was caused for awaiting the release of Kawasaki Ninja. However, the dream of owning the world's best 250cc bike was washed out the drains after its price (4 lakh) was announced.

Ever since I bought this bike, I have been riding it hard, covered long distances. In fact, I have ridden it all the way from Hyderabad to my home town Madurai, Tamilnadu which is close to 1000 kms (Of course with an overnight stay in Bangalore. I still ride it hard to Kodaikanal (hill station) every alternate weekend with my friends. I have done this with no problems from the bike at all. Of course, I had replaced the tires and the chain set after I hit the 20000km mark.

Not to forget the many weekends spent on the Sriperumbudur race track. Thanks to Yamaha R15 Championship which opened the doors for racing to many R15 owners.

Just minutes after rolling out of the Ambal Motors Showroom, Purusawakkam, Chennai, I planned to get the pooja done from a temple near Central, while waiting for the signal, a very well groomed girl sitting on a scooty, turned around, touched the windscreen of the bike and said, "Nice Bike". I have owned a bike before (a Hero Honda CBZ), but that never happened.

I guess that incident sums it up as far as the look is concerned.

This bike was built especially for India, that's what Yamaha claims. Wonder if Yamaha believes we have many race tracks in India as this beast shows its true colors only on a race track. When you hit the corners at scorching speeds, you hardly loose any grip from those anemic tires. It is so very forgiving; even a novice can hit the track and feel that he really is Rossi, even though he does not follow the racing line.

In the city though, it's a real pain when you see a Honda Activa fly past you at the signals. This is purely because of low power delivery at lower rpm's (blame it on the puny 150cc engine). But if you can keep the RPM up and above 7000, no one, trust me no one (unless it's a reckless maniac on Pulsar 220) can beat you.
Top speed I have touched on this bike is 142 km/hour on my way to Bangalore.

If you are planning to own a sports bike, I am sure you would know that we should not expect much in this column.

However, thanks to the small 150cc engine and digital fuel ignition, you can always get better from this bike if you ride sensibly.

I have got varied mileage based on my driving style for that period, ranging from 32km/litre (insane riding) to 42 km/liter (sane riding).

Rating: 3/5 – can't expect much from a sports bike

An example of great piece of engineering by Yamaha, who have made use of their massive MotoGp and SBK experience to bring a true DNA of a super bike to the door step of a novice Indian rider. A definite yes to own this one if you do not want to shell out 4 lakh for the Ninja 250.

Want to know the review of Yamaha R25 250cc bike? Please read further to get details about the R5 concept and features of Yamaha YZF-R25 bike along with its likely competition. Here, I have even shared the on-road price of Yamaha R25 bike.

Are you looking to buy 2014 Yamaha FZ-S V2.0? The new FZ is the most affordable fuel injected bike in the 150cc segment at present. Read the article to know its features, price and detailed review.