The year 2014 has been blessed with a long list of wearable gadgets including smartwatches, smart bands, covers and more. Smart watches are the most interesting device among them all. This is because watches are considered to be a tool that we use all day along just for tracking our time. What if one day this simple tool gets capable to deliver much more than just time, including fun things likes capturing images, browsing pictures, GPS navigation and so on. And for the same reason every prominent manufactures such as Sony, LG, Samsung etc are making their new step into the world of smartwatches.

Let me cut this talking and get into the real story. Following are the list of of smart watches that you can consider buying. Brief description about each device are also included. Read them and find the one that suits your need. 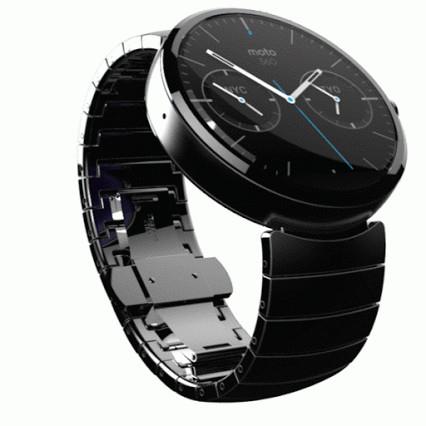 The first smartwatch from Motorola was unveiled at the event of Google I/O 2014. Google also had introduced the Android wear OS through this device. Android wear OS is pretty, interesting to interact with wearable device such as smart watch, Google glass etc. The Moto 360 features a classic round design, which gives much more space for the screen when compared to other square designed smartwatches. Google Now interaction with this smart watch makes it more comfortable with a in-built microphone. This enables you to voice control the watch using "OK Google". Like any other ordinary watches, it has got a physical power button on its right side which locks and unlocks the watch. The lightweight of Moto 360 makes it comfortable within your hands more than various other analog watches. As of now Google has not revealed its release date or pricing information. But it is expected to be available in market by next month or so. 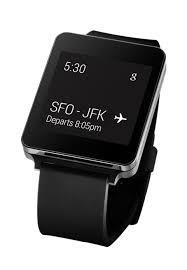 LG recently revealed its wearable smart watch, the G Watch at the the Google I/O 2014. It will come out of the box running Android Wear OS. Even though the G Watch does not have any physical buttons in its design, you can always interact with this gadget through touch navigation. LG also included a microphone within its wearable smartwatch. So that you can command your G watch to perform actions with "OK Google". The display featured in it is an IPS LCD display with a screen size of 1.65 inches. With a Qualcomm's snapdragon 400 processor which is clocked at 1.2 GHZ of speed, the G watch performs brilliant. Moreover you get 4GB of internal storage along with a 512 MB RAM which makes it so impressive. While talking about the battery, the LG G Watch carries a stunning 400 mAh battery with in it which gives you about a whole day backup without having it to be recharged. The device will hit the markets by July 4. If you need one for yourself you can pre-order the G Watch from Google Play store. The G Watch can be priced about RS 15000 in Indian markets. 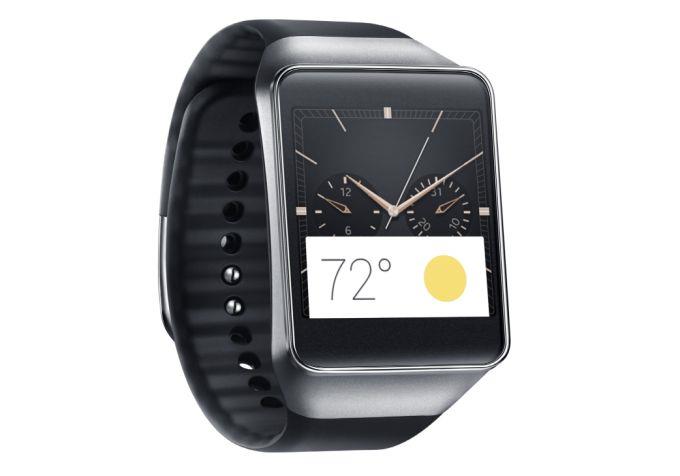 Yet another smartwatch launched at the event of Google I/O was the Gear Live from Samsung. This smartwatch right here offers an 1.63 inch display which features super AMOLED screen and comes running Android Wear OS. This device also sports a Qualcomm processor with impressive speed of 1.2 GHZ. On the side of memory, Samsung delivers a 512 MB of RAM along with 4GB in-built memory. It is also being rumored that it will come with a heart rate Monitor, Bluetooth V4.0 connectivity along with dust and water resistant with IP 67 certification. This product also comes with a 300 mAh battery within it. Regarding the availability, Samsung Gear Live will start hitting the markets by July 7. 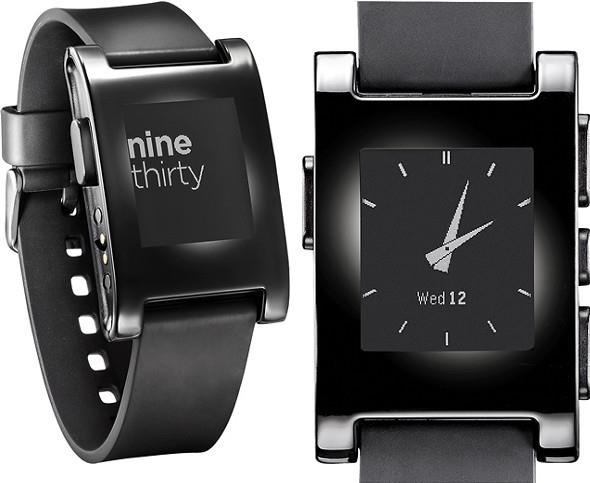 Pebble is a nice little smartwatch with a 1.06 inch LED backlight display featuring 144*168 pixels of screen resolution. The display has got an optical hard coating that prevents your pebble from getting scratched. Unlike the newest smartwatches that runs wear OS, this device runs on its own OS called "pebble OS". Talking about the hardware, it features an ARM cortex M3 powered processor that runs at 80 MHZ of speed. Moreover the device comes with water resistive power and support Bluetooth 4.0. Pebble smartwatch has 3D accelerometer, e-compass, light sensor etc. The battery included within the device is an Li-Ion polymer battery that can last for days without even having to recharge. The pebble smart watch can be bought in India for a price around 14,000 INR.

The next watch that comes in this top smart watch list is the Martian Notifier. This pretty smart watch from Martian offers a small OLED screen on the bottom of the analog watch. Yes, Martian Notifier is an analog watch with a small OLED screen to display various alerts that makes it 'Smart'. The OLED screen is a monochrome 96*16 which has enough contrast to read your alerts clearly. The alerts are notified to you with a customizable vibrations, which can be changed for various app notifications. You can also connect your smartphone (Android or iOS) via Bluetooth with this device to pull out the notifications in the form of alert.

Above listed are the top smartwatches that are released by various manufacturers in 2014. there are more older smartwatches like Samsung Gear 2, Sony Smartwatch 2 etc that are released back in 2013. Among those that are listed here, the top picks are Moto 360, Gear live and LG G Watch, as they come running Wear OS with "OK Google" interaction. Eventhough they are the best, you have to wait for a month or more to get hands on them.

Some useful tricks and tips for Android Wear devices

Are you looking for a review of new LG G Android smart watch? Here, you can read the detailed review about the latest LG G watch. Lets find out its new features, pros and cons.

Google Nexus 360 concept: an innovative smartphone that slips around the wrist

Google Nexus 360 concept phone is a smartphone and a wristband from 91 Mobiles. Check the details of this groundbreaking creation that has the potential of becoming a fad.