Nokia smartphones are popular all over the world including India. Their phones are known for its high quality specifications and features, value for money pricing, durability, good after sales service etc. Nokia Lumia series phones are one of the most popular smartphones in India. If you are looking forward to buy a mobile phone in coming days, then I would strongly suggest you to go for Nokia Lumia series phones. In this post, I have included 3 most popular Lumia series smartphones. However please note that the mobiles listed here are not listed in any particular order. 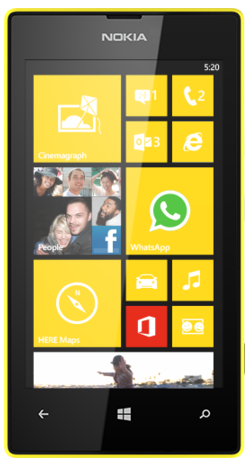 Nokia Lumia 520 is one of the most popular phone in the Nokia Lumia series and also one of the cheapest in this list. This is a single sim mobile phone. It has a 4-inch IPS LCD screen with super sensitive touchscreen. It has a 5MP primary camera but no secondary camera. The phone has lots of smart features like Auto-Focus, Geo-tagging etc. It runs on Windows platform (version 8). It has a fast 1GHz Qualcomm Snapdragon S4 processor. It comes with lots of business and productivity features like MS Office apps, text to speech message reader, Emails, Instant MEssaging apps etc. Apart from these, the phone comes with several other preloaded important apps. This phone is available in trendy and attractive colours. 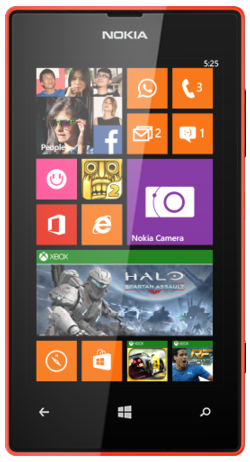 Nokia Lumia 525 is another attractive Nokia Lumia phone. It has a single SIM. It has a 5 MP primary camera with lots of smart features which make it easier to click high quality pics from this smartphone. It has also has HD recording facility. It has a 4 inch LCD touchscreen. It has a superfast 1 GHz Qualcomm Snapdragon S4 Dual Core Processor and runs on Windows operating system. It comes with lots of features which help you with in managing your business and increasing your productivity. The phone also has several preloaded apps like Whatsapp, Gmail, Yahoo mail, Facebook, Twitter etc.. Like all other Nokia lumia smartphones, even this phone is available in different attractive colours. 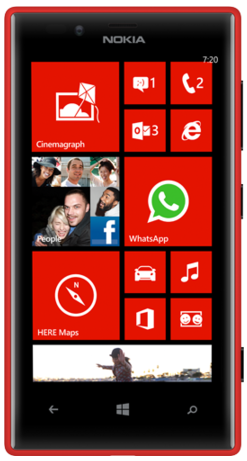 Nokia Lumia 720 is a single SIM phone. It has a screen size of around 4.29 inches and has capacitive touch screen. This phone has a 6.7 Megapixel primary camera and 1.3 Megapixel secondary camera. The camera has LED flash and HD recording facility. Even this phone has a superfast 1GHz Qualcomm Snapdragon S4 Dual Core Processor and runs on Windows operating system. Even this phones comes with preloaded social and other apps and business features. This phone is available in trendy and attractive colors.

These are the 3 most popular Nokia Lumia series smartphones. All the three phones are reasonably priced and you can opt for any one of them based on your choice and budget.

All these phones are available at all leading eCommerce sites as well as traditional offline mobile shops in your city. Many merchants and e Commerce sites offer EMI facility, so you can even buy these phones in easy monthly installments.

If you have already used these phones, please do share your experiences with these phones through the comment/response box below.