After passing through the 'Heides Tower Of Flame', you will head towards the boss of 'Heides Tower Of Flame' area - 'The Dragonrider'. If you are struck somewhere in this area and are not able to complete the objectives here then read the following walkthrough which provides you all the collectibles, easy access routes and how to defeat Dragonrider boss easily.
If you somehow missed out our previous walkthrough regarding 'Heides Tower of Flame', then click here to know all the secrets of the mission. 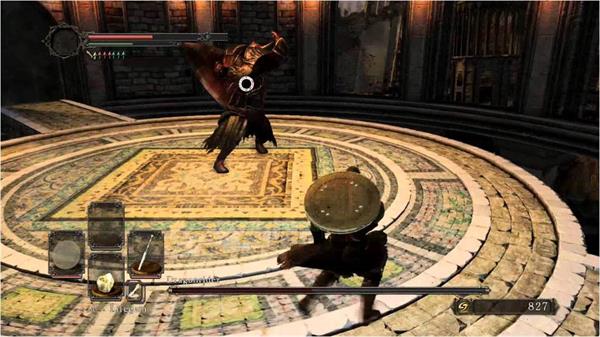 The area where you will fight the 'Dragonrider' boss is a circular land over a lethal pit. The dragonrider boss can kill you by pushing you towards the edge of the arena and then to the lethal pit. For avoiding this type of situation, you can increase the area of circular field with the help of two levers. The first lever is located at the behind of an old knight. You can find this knight just before you cross the walkway leading to the big rotunda. Use this lever which will increase the area of the Dragonrider boss arena. Similarly, for increasing it even more, use the second lever which is at the right in the rotunda with three knights. When you will access and pull both of these levers then you should not have to worry about being pushed in the lethal pit.

The Dragonrider is a slow boss just like the old knights but its attacks are very powerful. He fights with a shield and a halberd and will attack you with his halberd. His attacks includes stabbing, downward hacks and also some of the slashing attacks. For dodging them, simply just move in the circular direction being towards the side of his shield which will help you to easily dodge him. Whenever he will raise his arm to attack you, always roll while moving in circular direction. Also if your health gets low, you may easily use the 'Estus Flask' for regaining your health because you will get enough time in between the blows of Dragonrider. So, always be mobile and keep some distance to avoid the attacks of Dragonrider.

Another way to defeat him easily is to use your ranged attacks. When you will access the first lever to increase the size of the boss arena, you will find an open stone walkway which will lead you to the big rotunda. While moving on this pathway, at one point you can see the Dragonrider boss in his tower. Get to the edge of this path and use your ranged attacks like arrows to shoot him. When you will shoot him with enough arrows then he will raise his shield up so that you may not attack him more with your arrows. Now, simply go to the boss arena and you will find that most of the Dragonrider's health is already depleted due to your ranged attacks. So it makes even more easier to kill this boss with only few attacks. 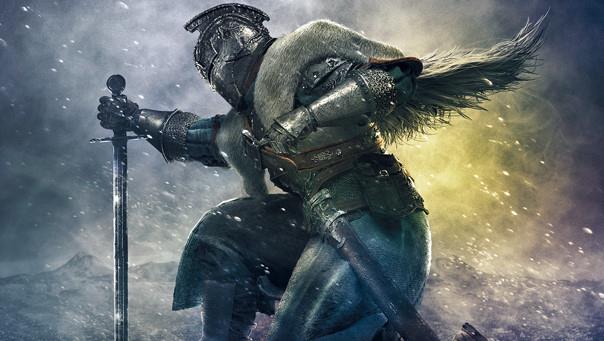 Another but difficult way to kill this boss is to make him fall off his own arena. For doing this, make sure you do not pull those two levers for increasing the size of arena. Now go to the Dragonrider boss and stay on the edge of this circular arena. The very first attack which he will do towards you is a lunge. So, when he will come towards you to attack his first attack, you have to dodge towards the left with perfect timing. After making his first move (which you have to dodge), the Dragonrider will make a sweep and step right off to the edge and die. If you are able to perform this with perfect timing then the Dragonrider boss will die by falling off his own arena.

All the areas/levels in Dark Souls 2 are very competitive. But if you will follow the above mentioned tips and instructions, you will find all the necessary and easy combats to defeat The Dragonrider boss in Dark Souls 2.