Many manufactures have released several budget Android phones oriented for budget conscious people. You can now experience the real look and feel of Android at a cost of 5000-10000 INR. However, if you require a bigger display screen device with high end camera you need to invest more.

In this article, I will examine the best budget smartphones available in the market. 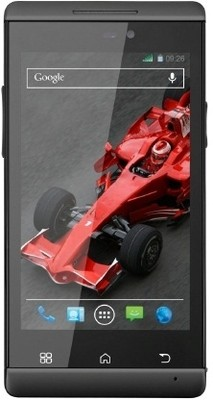 Some of the other features are as follows:

XOLO A500S IPS also includes FM radio but it will not work even after plugging in the earphone.

Moto E is a brand new dual micro SIM phone bundled with Android v4.4 (KitKat) OS and features a 1.2 GHz MSM8x10 Dual Core Processor, 4.3 inch qHD display and 5 MP primary camera. The phone has a resolution of 540 x 960 with a pixel density of 256 ppi which ensures that the visuals presented on the screen are sharp and crisp. 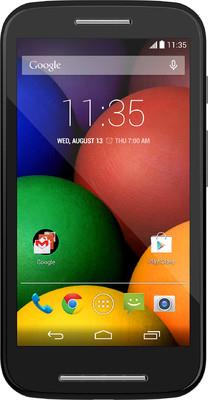 Moreover, the display is protected by Corning Gorilla Glass 3 which ensures sturdiness. The phone also includes a splash guard to ensure resistance from water with an anti-smudge coating and is equipped with a whooping 1980 mAh Li-Ion built-in battery.

Moto E lacks a secondary camera and has a total weight of around 142 grams. The phone has an internal memory of 4 GB which can be expanded upto 32 GB and has a total RAM of 1 GB, which surely makes your apps and games to run faster.

As of the time of this writing, Moto E is out-of-stock on Flipkart.com, who are the sole authorized distributors in India.

Do you think Nokia X ships with Windows Phone 8? You are wrong. It is loaded with Android Jelly Bean and is an innovative experiment by Nokia. 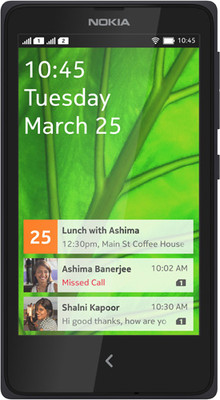 You should be aware that the phone has Micro SIM slots and hence you will not be able to use your Mini SIM with the phone. 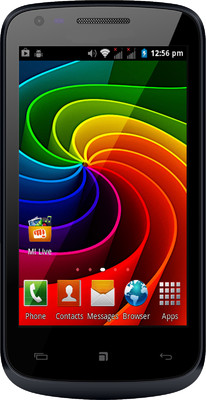 The phone ships with low disk space but can be expanded upto 32 GB. However, the memory of the device is also very low.

The battery capacity of the phone is stated to be 1500 mAh and ships with G-Sensor and few apps such as M! Live, Bubble x Slice, Zombies Smasher.

If you are facing a severe budget crunch you can buy Micromax Bolt A46. 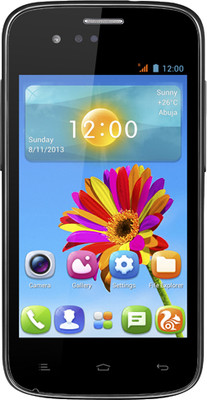 However, camera included with Gionee P2, a leading mobile brand in India, provides support for V-gesture and Panoramic features. It has WVGA screen of 480 x 800 resolution with a memory of 512 MB RAM and an expandable storage capacity of 32 GB.

The phone ships with 1700 mAh battery, Google maps navigation technology but it doesn't include 3G feature. However, it has Proximity and Light Sensors in addition to Accelerometer like any other phone. 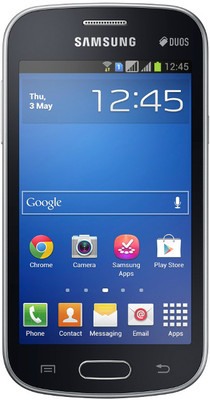 However, the phone offers 2 MP primary camera and lacks a secondary camera. Hence,
you can't take selfies with this device.

If you are in search for a mini pocket size smartphone, you need to check out Lava 3G 356. It is a 3G enabled dual-SIM 3.5 inch TFT touchscreen smartphone with 480 x 320 resolution, Android Jelly Bean, 1 GHz dual core processor and 256 MB RAM. The phone has a 1.3 MP primary camera with LED flash and a VGA secondary camera besides Wi-Fi, Bluetooth, USB and 32 GB expandable memory. 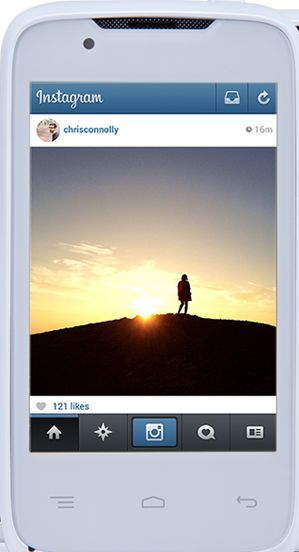 Lava 3G 356 consists of 1500 mAh battery which gives 5 hours of talk time and minimum 8 days of standby time and can depending upon the usage. The phone includes sensors such as G-sensor, Motion and Proximity. The primary camera offers features such as geotagging, digital zoom, video recording, panorama shot, fixed focus, face and smile detection.

Some of the other features of the phone includes

The disadvantage of Lava 3G 356 is that the device has a low internal storage memory besides 256 MB of RAM which is pretty low for Android devices. However, the phone will be useful for those users who prefer a mini device with minimum set of features.

Note: The prices mentioned against each device is only an approximate figure at the time of writing and can vary depending upon the market conditions.