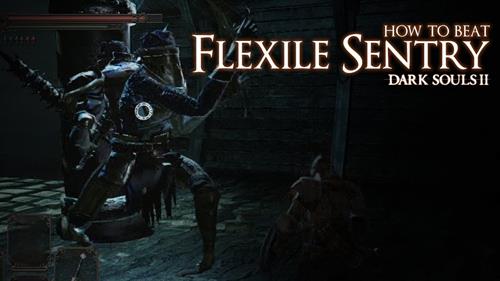 The Flexile Sentry boss will be found at the 'No-Mans Wharf' area. And you will encounter this boss in the lower levels of the ship in No-Mans Wharf. The area where you will fight with him is a small room of ship. The Flexile Sentry boss uses his close combat to medium ranged attacks to defeat you. He does not uses any of the ranged attack. So, before you start reading the following boss walkthrough, I would like to recommend you to take help from 'Lucatiel of Mirrah' which will help you out to defeat this boss. If you have not summon Lucatiel to aid you in this boss fight then you can find her in the building facing the stairwell which leads to the left side of the docks. The Flexile Sentry boss has two sides which will try their best to defeat you. One side is of sword wielding and the other side is of clubs wielding. Sides with clubs is easier to fight while the swords side is difficult to fight. You can have your advantage on the clubs side because the clubs attacks are slower in comparison to the swords one. In addition, this side does not have any good combo, they attacks less often and provides you the more time to attack him. 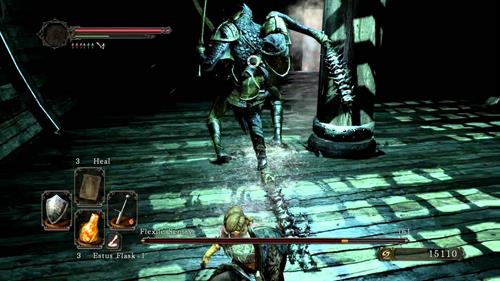 Defeating Flexile Sentry boss with Melee Characters
First, you should always try to keep some distance to Flexile Sentry boss. The clear and safe time to attack him is when he has finished his short combo chain. The last attack of his combo will be slamming of the clubs on the ground. You should give him some hard blows in this very particular time. After your attacks, you should again get back and wait for the same situation to occur. But sometimes Flexile Sentry also uses his one surprise attack to attack you. And this attack will really hit you hard if you are near to him. When he is about to perform his surprise attack, he will suddenly stands still. So whenever you see Flexile Sentry boss suddenly standing still, you should immediately get back and get ready to dodge this attack. So remember, the main thing to easily defeat him is to fight with the clubs side. 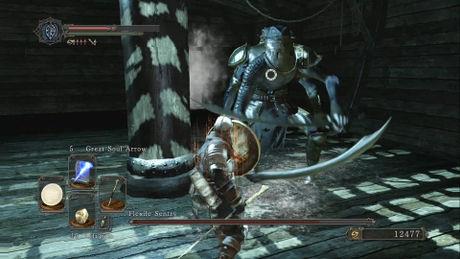 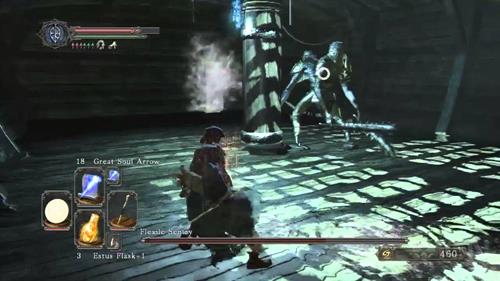 All the areas/levels in Dark Souls 2 are very competitive. But if you will follow the above mentioned tips and instructions, you will find all the necessary and easy combats to defeat The Dragonrider boss in Dark Souls 2.