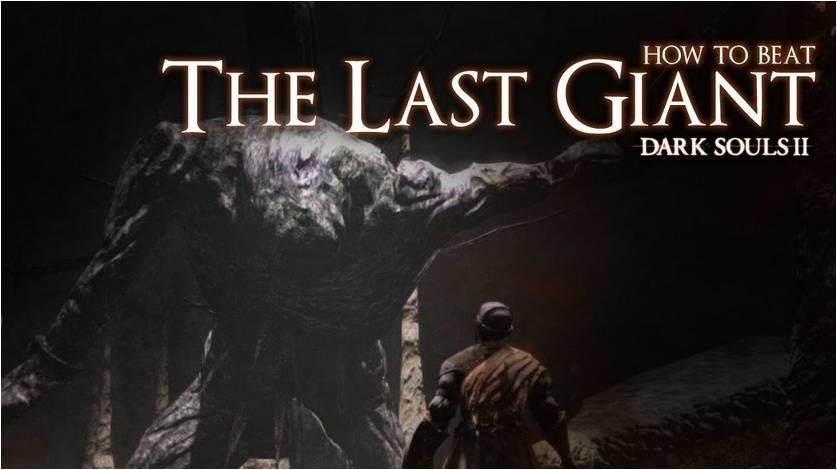 Are you stuck at the Last Giant boss in the Dark Souls 2? Then don't worry, I have come up with some cool moves and tricks which will help you to easily defeat him.
For defeating this boss, you could take some help from "Mild Mannerd Pate" which will help you to defeat The Last Giant by breaking his concentration on you. For taking help of Mild Mannerd Pate, you have to use the summon sign which is on the outside the entrance of this fight. Once you have taken help, Pate will remain near to the legs of the Last Giant. Due to this, The Last Giant will first concentrate on Pate by stomping on him again and again. This time is precious for you, as you can attack on the boss using your ranged attacks. But do not try to go near to him as this particular time, it is very difficult to make a hit on him due to his stomping. I was easily able to take off The Last Giant's half health when he was busy on the Pate. So, really Pate will prove to be helpful in taking this boss out. 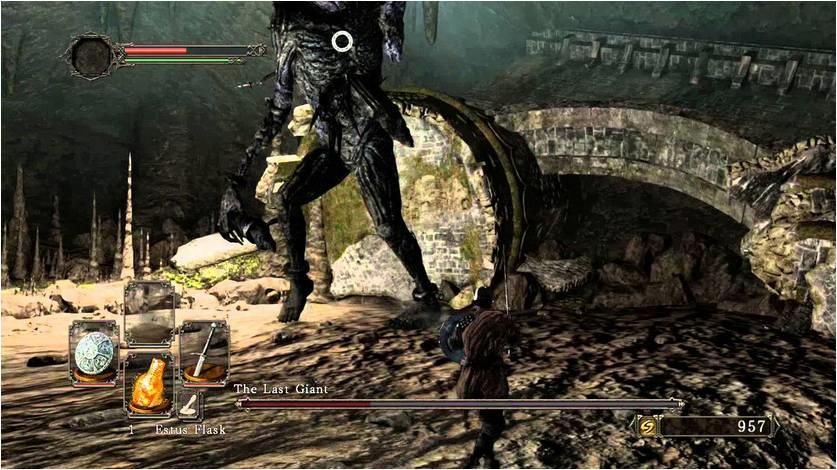 So, when he will try to fall forward to attack you, just dodge it by rolling away. It is effective to roll towards his legs direction. After rolling, you will get ample time to attack on his legs. So, after rolling immediately turn back and attack on his legs from back. If you have a fast weapon then you can hit as many as three hits but with low damage or if you have a slower weapon then you can get only one hit but with high damage. Here also, when you are behind him, The Last Giant can stomp on you. So its better to watch out for his foot. Whenever he will raise his foot, you should immediately roll back and get as far as possible. Continue to roll towards his legs whenever you get perfect time and hit him as many as you can. When you will bring his health to half then he will rip his arm off and will use it as a ranged attack on you. It is very difficult to stay out of his ranged attacks. But do not worry and try to stay some more far away from him. Continue to attack him by rolling towards his legs whenever he does his sweeping attack on you. When you will finish him off then he will lose his balance and fall down. So, watch out and get out of the way of The Last Giant's fall otherwise you will die instantly from his heavy and crushing weight.

Want to know how to defeat the Pursuer boss in Dark Souls 2? Then click here