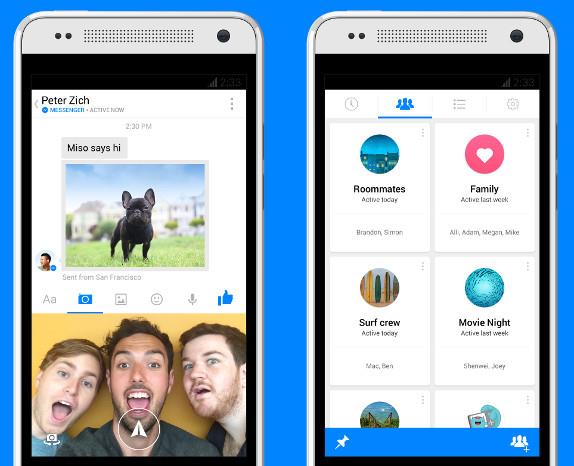 Facebook brought forward the fifth version of its messenger app for Android on 29th April, 2014. This new update has not changed the look but added some impressive multimedia features to make non-textual communication one step more convenient. The iOS version of the Facebook messenger app has already been updated with these features in the last update that rolled out earlier this weak. Now all these features comes to Android. Here is a quick summery of the new features of the Facebook messenger app for Android-

The new update includes easy ways to send photos , voice messages and videos. Earlier, it was only restricted to photos, text and voice. Now videos can be sent to your friends from the gallery and also can be played on the app itself without switching to an another player app. However, this feature can be availed only if you have a device running on android 4.3 or later. But Facebook promises to bring this features to a bunch of Android versions very soon.

Now you can share your photos in just one tap. A camera button has been added on the bottom bar where smiley's, stickers, like button etc resides. On tapping the camera button, a small window appears right on the app and with this you can click your selfie and share quickly. You don't have to move to built in camera app, it all happens straight on the app.

Now it is made easy to access stickers quickly from the bottom line bar. Whenever your friend send a sticker to you, just tap and hold on it to get the whole sticker pack.

This new update brings improvement on the searching capabilities. Now users can search people as well as groups instantly just by entering the name.

If you have not yet updated or downloaded the Facebook messenger app for Android, then go to this address- https://play.google.com/store/apps/details?id=com.facebook.orca‎ on play store and take the advantage of these new features.