The Amazing Spider-Man 2 is an upcoming action genre adventure game, developed by Beenox and published by Activision. The game will be released for Microsoft Windows, PS3 , PS4, Xbox 360, Xbox One. Besides, an iOS and Android version will also be released by Gameloft. The game will feature several events from the upcoming Spider-Man film. The plot of game is quite simple where Spider-Man searches for his uncle - Ben's killer. The game is strongly believed to feature a wide cast of villains from the Spider-Man's universe. The Amazing Spider-Man 2 will feature both old and new characters. And the most important part, game will also feature some prominent villains such as "Kraven the Hunter", "Electro" and Kingpin". The game now features most detailed graphics and textures than its previous parts. It will be out on 29 April of this year. 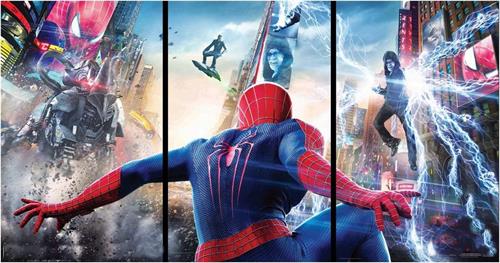 The game will continue to have its open world gameplay like its previous entries in the Spider-Man series. The New York city's free roam area will be more wide and detailed and most of the story will take place in this open area. Besides, a variety of webbings have also been introduced ranging from freezing the enemies to blasting away them. Sadly, the 3DS version of this game will not have free roam. Moreover, the game will have improved web swinging mechanism which will provide more interactive web swinging experience. Unlike the prequel of this game - The Amazing Spider-Man, where you can web swing almost anywhere in the city regardless of the fact that whether the buildings or other attachable objects are present or not present there, but in this part of the game you can only web swing in those areas where you can actually attach your web, or else Spider-Man will be unable to web swing and he will simply fall. So, your web swinging will be limited to the space around you. Apart from this, the method of web swinging has also been changed. Now you will have to use both the left and right stick of your console to properly swing the Spider-Man. For example, if a building is present on the right, then you will have to use your console's right stick to swing. Similarly, if a building appears on left then the players will be well suited to use their console's left stick. And what's more? Now, you can launch the Spider-Man into air just by triggering both the left and the right stick of your console at the same time. Moreover, in different sections of the game, you will take control of Peter Parker so as to do some detective work. Hence, you will have access to Peter Parker's home where you can replay missions, purchase upgrades like acquiring lethal web shoots which can dis-armor the enemies leaving them vulnerable to your attacks. Just like the previous part, you can also equip the various costumes available at your apartment. And the "Web Rush" feature from its previous part has been greatly improved. Now you can perform critical strikes, dodges and rolls with the help of this feature. there will be a variety of side missions including photo investigation - where you have to picture suspicious situations to be published in the newspaper, police deadlock - where you have to help police in defeating the criminals and infiltrate the enemy hideouts in order to recover the stolen Oscorp technology.

Besides, game will feature a total of 15 costumes. Hence, you will have access to these costumes: 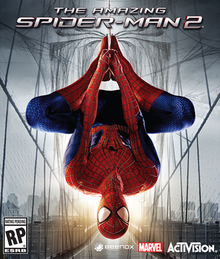 Considering all of the above factors, it is clear that this game is going to have a lot of unique and fun features which will addict the gamers to itself. So, when this game is in the market, don't forget to immerse yourself in its dynamic open world. And remember in order to play this game at the optimum settings you should have a powerful rig with ATI 7750 graphic card or better.