When you are looking for a software that converts videos without bothering you and you can rely on its automated performance, none other but Any Video Converter is the one you should try. As its name this video converter application tells you exactly what is been done by the software – yes, it converts any video file into any of the formats you require. 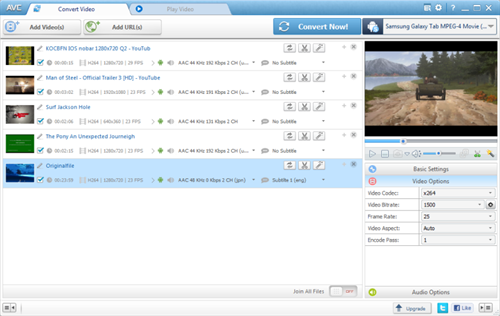 More than that, this video converter software has the option of downloading videos from online sites and rip its content from DVDs. This is one of the added advantages of using Any Video Converter, which many of the converter packages will not offer. Any Video Converter has earned top ratings from the users because of the online import tool. After finding a video on sites like YouTube, Vimeo, Dailymotion and others, you can copy and paste the URL in Any Video Converter's application. Within fraction of a second, the application will start the video for download and conversion keeping it ready for playback on your system. 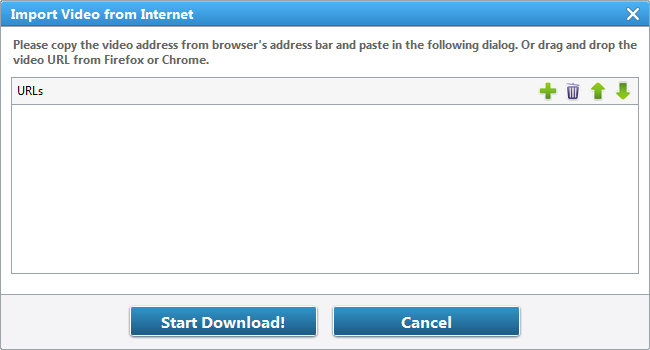 Its simple and efficient application does the conversion process smoothly including file loading, file selection, format selection for both input and output and so on. 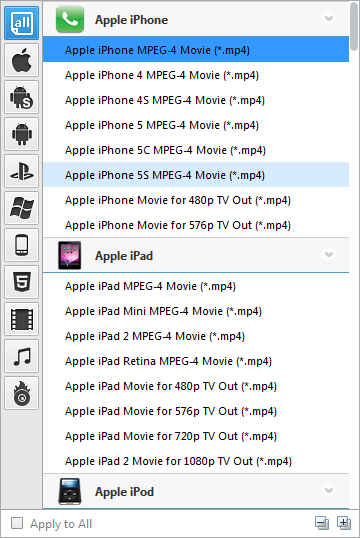 In terms of the output video formats, any might fall short of our expectations that it has created because of its input format support. Though it includes all the major and popular formats prevalent in media players like smartphones or tablets, it has not listed all of the formats that may be sometimes necessary for professional usage. But that doesn't cut short its efficiency and usefulness as practically speaking it shows videos on anything that has a video playing screen. Any Video Converter is a package with built-in output profiles for DVD Movie, Flash FLV Video, mobile phone MP4 player, MPEG-1 video and MPEG-2 videos. With its pre-defined audio and video settings users get an easy access to its tools and can start their work instantly.

Now burning a brand new CD or DVD to make it work on any player is still easier with any Video Converter. Though the after Windows Vista there is native support for burning CD/DVD, with Any Video Converter you will be able to make custom CDs like album CD and movie CD.

With Any Video Converter you can reset the start and stop timing, adjust the audio and video codices, bitrates, brightness, colour, sample and frame rates.

Video cropping: You might have noticed how sometimes to emphasize a point in a video, the main parts zooms out. This is called video cropping where you can eliminate the extra area out of the video. You can also rotate the video in any angle you want in the multiple of right angle.

Trimming video: You can trim the start or the end point of video up to 30 seconds.

Watermark: If it is your own video made with hardwork or by spending cash then I am sure you would want to include a watermark in the video. 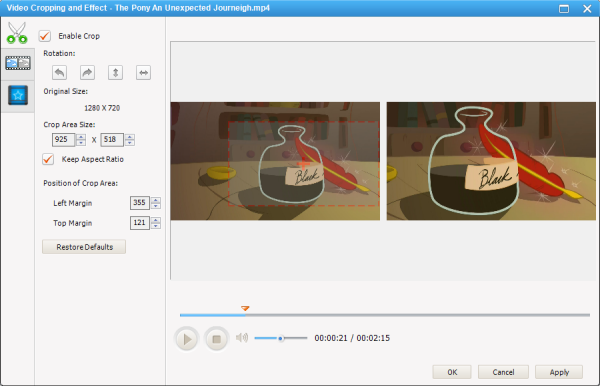 Now create new profiles of your choice with a set of your own audio and video files which you can further use for iPod, iPhone, PSP, Zune, and any other devices. Some of them are there, compatible with mobile devices on any-video-converter.com, but that is a paid option.

Convert in a batch

Avail the batch video file conversion option in Any Video Converter in which different format files can be converted into a single one. This option makes it sure that the original video files doesn't get erased or modified, by saving the converted files in a specific folder.

Get your Any Video Converter Free

Pros
Any Video Converter is a Free Software pack that gets you all the standard features of video conversion at high speed and excellent performance.

Cons
There are some missing features like transition tools and watermarks options. It doesn't convert audio files and has omitted some useful editing tools.

But overall Any Video Converter is worth getting loaded in your system to ease out your video conversion job without spending a penny.

If are you looking for a video converter or video editing tool, WonderFox DVD Video Converter is definitely worth giving a try. It is one of the most efficient video converter utilities we tried so far. Read this review to learn more about this tool from WonderFox Soft Inc.

Are you looking for a good video converter to convert your video files from one format to another? Check out this article on Movavi Video Converter 18