With the launch of Xbox One in mid 2013, we have all enjoyed the greatest game of all time - GTA 5. But after this game, there were only a few games that were launched for Xbox One. But to your surprise, this year will bring your console plenty of cool games which you will enjoy a lot. After doing a hard research on the upcoming Xbox One games, I have come up with my list of best 5 upcoming Xbox One games. Read a brief detail about these upcoming cool games with a little bit of story that I provide you. 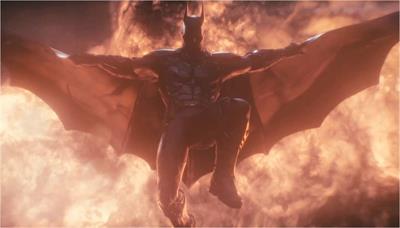 I am a huge fan of batman series and have played all of them. And I am sure you all have enjoyed beating those chunky villains. The Batman Arkham Knight will feature a bigger city than all its previous parts. Moreover, new and more stylized villains have been included so as to give you an addicting pleasure. But the most important part which is going to thrill you is - "Batmobile". Yes! now you can enjoy smashing those cruel baddies with your high-tech vehicle. The official video shows Batmobile can smash apart barriers and can fire non lethal rockets. And as expected, this high-tech vehicle features autopilot, so you can call it anytime to aid you. And to add to your amazement, Batman Arkham Knight features 20 times the bigger area than Arkham Asylum. Regarding the gliding option, it has been improved to cope with the large area enabling Batman to glide even more and cover much larger distance. It is believed that Batman will have most of the useful gadgets from the starting, giving the users a fun experience. But what about the crucial Batman's combat system? Well, the freeflow in Batman's combat system is greatly optimized so as to deal with even more criminals. A new move "fear takedown" has been included which allows Batman to tackle three gunmen at a single go while the screen goes down in slow motion. Besides all this, the cutscenes and texture in the game have been greatly optimized and the gameplay looks even more realistic. 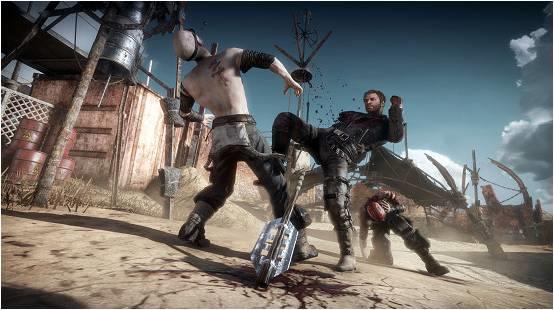 The official video of this game has been receiving good comments and gamers are expecting it to be released soon. This game has been developed by "Avalanche Studios", well known for "Just cause" game series. Mad Max is a massive open world game featuring awesome weapons and stylish cars. Moreover, it is believed that developers have focused on car combat and it is interesting to see how the cars react under different situations, giving a real in life gaming experience. The game is believed to feature around 50 cars. Moreover, Mad Max will give its users the full control to create their own vehicles. Mad Max is seen to have all the good qualities of a capable game ranging from car chases to car combats and shooting to on-ground combats. Graphics and textures of this game are very good and the blasts and fire (which of course are the important elements of this game) look very real. However, please note that the plot of this game is entirely different from the Mad Max movie. Thus, this game treads in its own path without taking any idea from the external media. Watching it's video, it is clear that this game is going to attract a lot of gamers and its gameplay will be as good as shown in the official video. 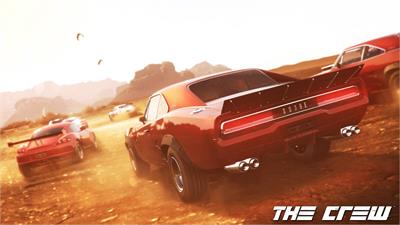 The Crew is an action plus racing game and will definitely interest the gamers who like racing titles. The game is developed by Ubisoft and Ivory tower and is expected to be released in the third quarter of this year. Its official video revealed that this game has awesome and unique features ranging from transforming the car according to the roads, building up one's own crew online to face rival challenges and flipping the cars with some expert tricks. And that's the reason why the gamers all over the world are eagerly waiting for this game. The official video of this game has already started to receive good comments. Unlike NFS series, who have completely forgot about the crucial in-game stories like they first did in "NFS Most Wanted", The Crew features a good storyline. The story of this game is focused around infiltrating and overtaking the 510s, a gang grown around Detroit's illegal street racing scene. And the mission is quite simple, take part in the underground racing and take over this gang by sabotaging their activities in all the cities. But remember, this gang is extremely dangerous and you need your crew to take over them. Here the motto of game - "Never drive alone" fits quite well. With this game, get ready to drive in the streets of New York City and Los Angeles while cruising down the Miami beach or penetrate into the breathtaking plateaus of Monument valley. 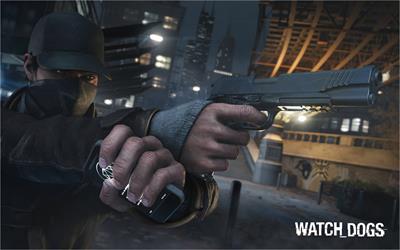 Watch Dogs is an action genre adventurous game. This game has been developed by Ubisoft Montreal and published by Ubisoft and it features next generation technology. Besides this, it is an open world game with seemingly good graphics. The official video of this game shows car chases, hacking and of course shooting. The video shows that the game is set up in the near future Chicago where all the electronic devices, whether it be traffic lights or ATMs, are interconnected. This enables the player to hack and exploit all these machines. So, switch between the traffic lights and watch the vehicles crash. And whenever you want money, just go to the nearby ATM and hack it. The gameplay of this game was neat and enjoyable. The release date of this game is believed to be 27th May of this year. So, when it is in the market, don't forget to look for this action, adventurous and shooting game.

Wolfenstein The New Order is an action genre shooting game, developed by "Bathesda Studios". This game's plot is based on the World War 2 with an alternate reality of Nazi winning the war. The main protagonist of the game is BJ Blazkowicz, a returning hero who plans to destroy all the brutalities of the Nazis and free this world of their cruelty. The official video of this game shows that it begins with a tutorial training giving the players all the details of the game on how to use the turrets, machine guns and other basic weapons. It is 1940 and the world has been facing the wrath of World War 2. However, this training was short lived as you get shot down by the Nazis. After a long 14 years, BJ manages to awake and finds himself in a polish asylum. And from this point, the main missions of the game start. Now, BJ has to fight its way through robots, cybernetically enhanced guard dogs and super-soldiers and free this world from the Nazis brutality and torture.

The gameplay shows that this game has been embedded with beautiful graphics and texture. The game is believed to be rated 18+ due to the extreme violence. Besides all this, the game shows excellent graphics and a variety of weapons. Moreover, it is also packed with a lot of actions and stealth moves. Upon watching the official video, it is clear that this game is going to attract a lot of gamers and will get a good rating. However, upon seeing the graphics, I am damn sure you need to get a good graphic card for the optimum gaming experience. Regarding its release date, Wolfenstein: The New Order will be release on 23rd May of this year.

After taking a view at the above cool games, it is clear that the year 2014 will see a rise in the Xbox One games. So, if you have purchased newly launched Xbox One and feel sad to find a few games suitable for your console, then it is time to remove those miseries and have fun playing all of the above mentioned games. And remember there are still more games coming out this year which are yet to be announced and are believed that they will be launched for Xbox One and Sony PS4. Till then have fun playing NFS Rivals and Infamous: The Second Son.

Looking for detailed comparison between latest Sony Playstation 4 and Microsoft Xbox One gaming consoles? Want to know which gaming console is the winner between PS4 and Xbox One? In this article, you will find comparisons between reviews of PS4 and reviews of Xbox One. Please read further to know about the difference in features, software, design, hardware and price while comparing Xbox One and Sony PS4.

XBox One -the new Gaming console from Microsoft

Microsoft has recently released its new Gaming console "XBox One" this Tuesday. It is better and advanced when compared to its previous generations. See below for the features it possesses.

Are PS4 and Xbox One already outdated?

PS4 and Xbox One launched to critical acclaim in 2013. So how come they are already irrelevant in the context of 4K gaming? Read on to find out more about it.