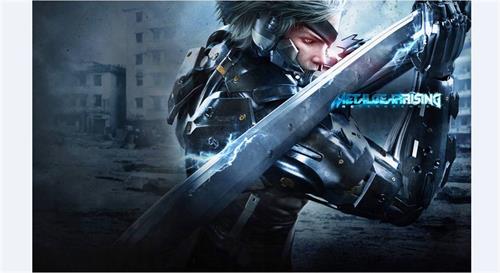 The game is set up in an African country and the main protagonist of the game is Raiden. In the beginning, Raiden and his team was providing security to the Prime Minister - N'Mani. Suddenly, they got attacked by Desperado forces. Raiden somehow killed Desperado soldiers but the leader of Desperado – Sundowner manages to kidnap and kill the Prime Minister. After this, Sundowner gave order to his comrade – Samuel Rodriguez to kill Raiden. While fighting with Samuel, Raiden gets severely damaged as Samuel cuts Raiden's one hand in the fight. After such severe damage, Raiden manages to survive and the "Doktor" gave Raiden a new black cyborg armor which provided him a lot of new powers. Three weeks later, Raiden goes to Abkhazia to stop Desperado gang who were leading a military coup there. When Desperado got information about this, they developed a dog-like prototype in order to stop him. Raiden kills the prototype and later rebuilds it as an ally, giving him the name Bladewolf.

Now, Raiden goes to a research facility in Mexico to stop Senator Steven Armstrong, who was trying to create more cyborgs, mainly evil minded Raiden. Raiden manages to stop him and he destroys this facility. Now, Raiden's task was to kill Samuel Rodriguez, Sundowner and Armstrong. Raiden goes to World Marshal's Headquarters for infiltration (World Marshal is another forces like Desperado). While Raiden was in Headquarters, he fortunately found the location of Sundowner. After locating Sundowner, Raiden kills him and get to know that Armstrong used the help of Desperado to distract our player, so that Armstrong can accomplish – Operation "Tecumseh". Operation Tecumseh was to kill US President in Pakistan in a hope that it will result in a great war. Now, Raiden started his journey to Pakistan. In the way, Raiden found Samuel and manages to kill him. At this point, Bladewolf took the Samuel's sword. At last, Raiden uses Samuel's sword to kill Armstrong. 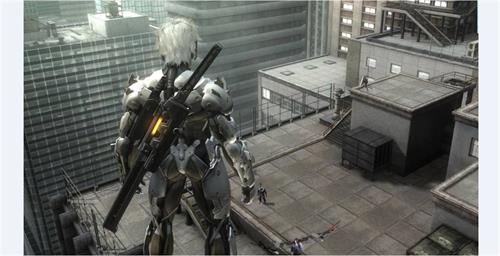 You will take the control of the character named – 'Raiden'. The gameplay is mainly based on the sword-fighting and you will have a high-frequency sword that will insist you in hack and slash fights but you can also equip secondary weapons such as dagger and rocket launcher. In the game, you will encounter and fight with a number of bosses. Whenever you kill a boss, you will be awarded with points which will help you to upgrade yourself. After completing few missions you will get your ally named Bladewolf. Bladewolf will help you by providing map information. Moreover, Raiden has the ability of Blade Mode which will slow down the time and help you to kill enemies easily. While in Blade Mode, you can cut enemies horizontally and vertically, or cut through objects to remove enemy cover, deflect enemy fire, etc. 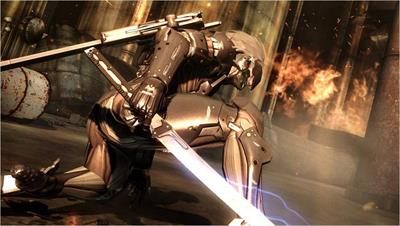 You can attack enemies with your light and heavy attacks. There is no special key for evading instead you have to just move in the direction of coming attack and press light attack button. Based on your timing, Raiden can simply block the attacks or perry them with a cool encounter move! And yes, remember you can't perry every attack. Attacks with red flashing light can be parried but those with yellow light can't be parried but blocked. You can make a great chain of amazing combos by light attacks, heavy attacks and parrying the enemies attacks. But its not always that easy what you are thinking for, sometimes you will fight with the bosses who have great professional skills in fighting. Another cool move in the gameplay is 'Zandatsu'. Whenever you will beat enough an enemy, you can perform Zandatsu. Zandatsu lets you to cut enemies in slow motion and grab their spine energy for regeneration of your health. The most irritating thing in the game is it's camera, it does not work swiftly with the mouse but if you have a gamepad or a joystick, then you don't have to worry about this. Overall, Metal Gear Rising Revengeance is a perfect third-person hack and slash game.

Read Will Darksiders 3 and Metro franchise ever see the light of the day?