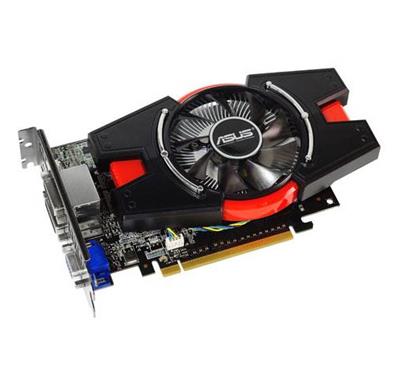 Nvidia GT 640 is an entry level gaming graphic card and is best suited for the gamers with a low budget below Rs.7000. Nvidia GT 640 costs around Rs.6000 - Rs. 7000, depending upon the memory type. It is available in three types namely Nvidia GT 640 DDR3 128 bit, Nvidia GT 640 DDR3 192 bit and Nvidia GT 640 DDR5. In this whole review, I will be talking about just Nvidia GT 640 DDR5 only as it is considered to be the fastest among its other variants. This gaming graphic card has been put in a close battle with Nvidia GTS 450 and ATI 7730 HD. So, which of the above graphic card should be considered for optimum gameplay experience? Well, it is a tough question because all the three graphic cards have already been proved good for the optimum gaming experience. But if your CPU has a low rated PSU, then Nvidia GTS 450 is not a good choice for you. And if you want the frequent graphic driver updates to harness the extreme power of your graphic card then Nvidia GT 640 would be best for you. Now, let's see what Nvidia GT 640 can provide you. Apart from most of the similar features that Nvidia generally provides, it has a PCI Express 3.0 Support. This feature provides the highest data transfer speeds for the most bandwidth-hungry games and 3d applications. With an incredible processor clock of 950 MHz, it gives a killer performance for a sweet price. Nvidia GT 640 has a memory speed of 2500 MHz and texture fill rate of 30.4 billion per second. Hence, this graphic card has the ability to play GTA 4 at high settings provided that you have a good processor with an adequate amount of RAM. Nvidia GT 640 has a graphic clock of 950 MHz which is considered great for an ultra high end gaming experience. It has a considerably low power consumption and does not require any supplementary power connectors. So, if your system has a low rated PSU, then Nvidia GT 640 would give you a ultimate gaming experience.

This gaming graphic card can play Batman: Arkham origins, Call of duty ghosts, Battlefield 4, Thief, Assassin creed: black flag, Max Payne 3, NFS: the run, Sleeping dogs and Metal gear rising revengeance at high settings. But certain graphic demanding games like Far Cry 3, GTA 4, GTA 5, NFS rivals would be playable at medium to high settings provided that you have a good processor and sufficient RAM. But if you have a small display resolution of upto 1366 * 768, then all of the above mentioned game would run flawless on your PC. So, if you have a budget lower than Rs.7000 and a low rated PSU, then this graphic card fits perfectly to your need. Nvidia GT 640 costs nearly around Rs.6000 - Rs.7000.
Let's have a look at its salient features. 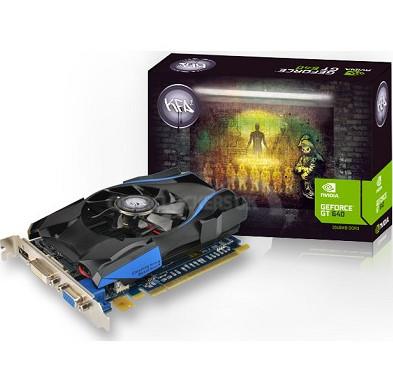 Nvidia GTS 450 is the best gaming graphic card under Rs.7000. Read a detailed review of Nvidia GTS 450 with its features and specifications. Know why you should consider Nvidia GTS 450 and what are its system requirements.

5 Best Graphics Cards for Gaming in 2017

Every year new game in the market raises the performance demand from the graphics cards. Due to these reasons, it is hard for many hardware manufacturers to keep up with the graphic cards requirements. However, there are always some games and applications that require a pretty much standard graphic card to function properly. In this article, we are going to take a look at some of the affordable graphics cards for gaming.