Capcom is a big name in the world of video games. It is known for developing and publishing popular game series like Street Fighter, Mega Man, Devil May Cry, Resident Evil and Lost Planet. Strider an arcade game, which released back in 1989 by Capcom was one of the most appreciated game that year. They have once again come up with an all-new Strider game for various platforms like PlayStation 3 (PS3), PlayStation 4 (PS4), Xbox 360, Xbox One, and Windows PC. Double Helix Games has co-developed this side-scrolling game with Capcom. The game has been released on 18th February, 2014. 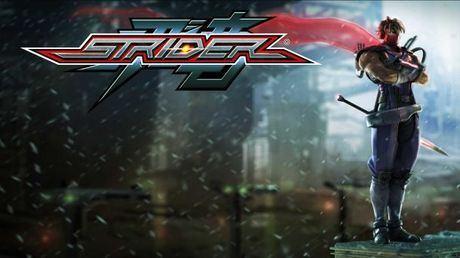 The game has only single-player mode in which player plays as Strider Hiryu who is one of the best assassin of Strider (an organization of ninja assassins). He is on a mission to kill the evil Grandmaster Meio. Hiryu starts his campaign from the Kazakh city. There is a mini map at the top of right which will help the players to know where to go. After each level of the campaign the player has to fight against various bosses like Ouroboros (an armed dragon), Xi Wang Mu (who can launch red and purple orbs), Juroung (capable of making water attacks), Pei Pooh and many more including Grandmaster Meio. It will need special skills to defeat each of these bosses but for that you have to collect various power-ups like Slide Assault, Charged Cypher, Reflect Cypher and many others during various levels of the campaign. Hiryu is capable of jumping, pushing and running. He also has a sword to battle against the enemies. Players can also earn achievements and trophies during the campaign like by collecting all large canisters player can earn the trophy - Collector of Collecting. And one more example is by defeating 20 enemies using Panther you will achieve - Eye of the Tiger. The main campaign of the game takes reasonable time to complete. Even if you are a good gamer, it will take almost a week to complete this game.

The game also has two Challenger modes - Beacon Run and Survival Mode. Different levels of these two modes can be unlocked by finding hidden items during the main campaign.

I have listed both minimum and recommended requirements to play this game on your Windows PC. They are -
Minimum System Requirements

Strider is a nice upgrade of the original arcade game. The graphics, game level structure and gameplay is quite refreshing. In the original arcade game, we have different levels like in almost every arcade game. But in this game the players can move around in an interconnected world. One can say this game is a real treat to all the fans of old Strider game. The hero Hiryu is now more acrobatic. His sword slash, jumping, climbing and the boss fights never really failed to impress you. The upgrades and power-ups are really good. You will need to grab the upgrades for your sword which helps to overcome the battles against some specific enemies. If we talk about the controls, the game is quite easy to handle.
Rating Out of 10: I will rate this game 8 out of 10.

Pros: Refreshing gameplay to your favorite arcade game along with a reasonable game length.
Cons: Close to none. But there are some boss fights which needs some special skills to kill them. So you can't miss some power-ups to proceed in the campaign.