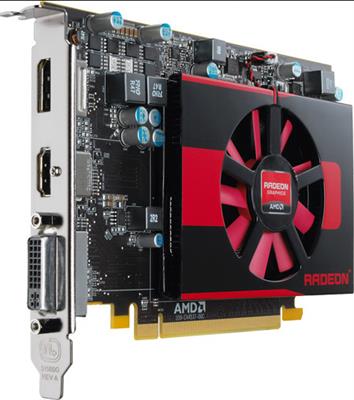 AMD ATI Radeon HD 7750 GPU is a high end gaming graphic card which can run perfectly on low volt PSUs. ATI Radeon HD 7750 belongs to 7700 ATI Video card series. WIth GCN architecture, it is considered to be one of the world's best GPUs. AMDs "Eyefinity Technology" enables serious gamers to enjoy gaming on multiple displays apart from gaming on just a single display monitor. It has been tested that you may not face any lags while running high end games on multiple displays if you have a display of upto 1366 * 768 and in-game settings set to medium. ATI Radeon HD 7750 GPU is powered by "AMDs crossfire technology" so that you can crossfire (join) two similar GPUs and thereby exploiting the power of multiple GPUs to experience the flawless ultra high end gaming. Besides all these cool features, one of the best features which outshines the AMD 7750 GPU from the rest of its competitors is its "Zero Core Power Technology". The AMDs "Zero Core Power Technology" makes ATI Radeon HD 7750 GPU to consume very less power in idle state. So, gamers can now enjoy immersive gaming and at the same time conserve energy. ATI Radeon HD 7750 GPU's sleek and mind blowing design will definitely fascinate you towards itself, making you curious to have a hand on it. So, dont wait any longer in buying this gaming graphic card if you want a ultra high end gaming experience at a low cost. Moreover, have a look at its "HD3D Technology" which takes you to the third dimension world with stereo 3D and mind blowing real graphics creating an exclusive in game feeling.
AMD ATI Radeon HD 7750 is capable of playing most of the recent game titles at high and ultra high settings.

ATI Radeon HD 7750 can play the latest gaming titles like:- All Resident evil series, Far Cry 2, Max Payne 3, Sleeping Dogs, FIFA 14, Batman: Arkham origins, NFS rivals, Metal gear rising, Spec ops: the line, Lost Planet 3, All Call of duty series and all battlefield series on ultra high settings. While some graphic demanding games which require more system power like Far Cry 3, GTA 4, GTA 5 would be playable on medium settings. But if you have a small screen resolution of upto 1366 * 768, then all the current game titles would run flawless on your system, provided that your system is embedded with good processor and sufficient RAM.
In short, this gaming graphic card immerses you in high end gaming experience and considerably fits in the budget.
Let's have a look at some of the ATI Radeon HD 7750 GPUs salient features and specifications. 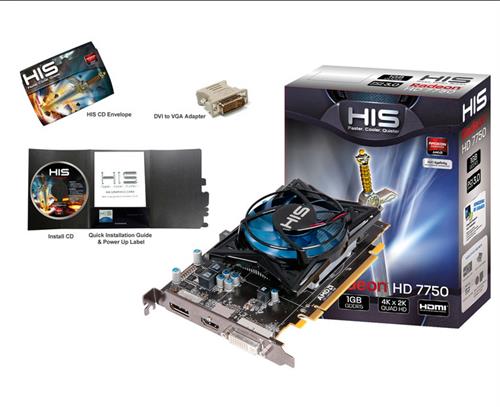 Available Memory Type Up to 2GB GDDR5 or DDR3 memory