The next gen consoles have finally launched and with that, the inevitable comparisons between the two have also begun. If recent analysis is to be believed though, it reveals that PS4 is considerably more powerful than Xbox One.
It will be a double blow for Microsoft if it turns out to be a true news indeed, because not only it's more than $100 when compared with PS4, it doesn't quite have the power to match their rival. What are they going to do? What's going to be their next big step in this precarious situation?

The cost is the gist here as Xbox One costs $100 more than PS4 and yet, former is weaker than the latter by quite a margin. And not to mention the pain it really caused when Xbox One launched initially. So, when it comes to price, I can see PS4 winning easily by quite a margin. Now, for some people, it might not be a huge amount, but for most people, it's a lot. And that's what is going to keep them away from Xbox One. It goes without saying that most people will be lured by the PS4 price tag alone. They don't even need to have some intriguing games at launch as the price point to lure them in.

Needless to say, Sony has done that on purpose. They know that it's going to hurt their rival company a lot. I bet, Microsoft wouldn't have seen this coming. Heck, no one did, including us. Who could have even imagined that PS4, a next-gen console, would be available for as less as $399? That's crazy, right? But it's true. They somehow managed to keep their overhead costs to minimum. Credit needs to be given where it's due. Bravo Sony! 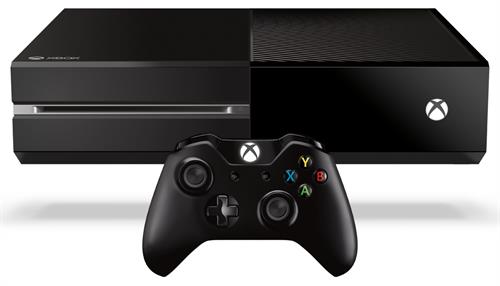 The Xbox developers Microsoft has assured us time and again of the soundness and future proof safety of their console. But how true is it? Of course, they would like to keep all their mistakes under the wraps for a long as they can keep it a secret, or as long as they find a solution to resolve everything. As a potential buyer of their consoles, however, it's indispensable to know all the ins and outs of this console before getting your hands on it. So, where does it stand right now?

Well, unfortunately the situation isn't really pretty right now. The precarious mire they have been in for last couple of months is really hilarious. After what they have done to their staunch fanbase, they deserve this. Why did they have to lie about always online DRM? Moreover, the Kinect wasn't even required to boot the console. They could have been straight with us from the inception, but they chose to be over-smart and. They were totally conceited and never even entertained thoughts about their own fanbase betraying them.

If you remember, they stated that the console is ready for launch and it wouldn't be met with any issues on the launch day or any other day for that matte. The gist was, everything is as ready as it can be for a console launch. But look what happened? It took a turn for the worse when the Xbox One launch as it was apparent that the console is not ready for the launch. Perhaps, they were forced to launch it early as Sony has already prepped the launch for late 2013. So, how could they not replicate it? Nobody would have bought it if they didn't hurry it out of their factory. But they shouldn't have lied about the fact.

And what happened to the proclamation that always online requirement is indispensable? Didn't they state that you'll always have to be connected to internet to even play an offline single player game? As soon as the fans backlashed, they realized that things aren't going to bode well for their console if they'll launch it in the same state. So, they decide to retreat a little and finally declared that there isn't going to be mandatory inherent connection required for this game. Now you'll only need to connect to internet when you are playing an online game.

But the question is why they had to create all the drama in the first place? They did it to ensure that there will be no console cracking and piracy around, but it was a bit extreme and aggressive.

8 Cores
With the 8-core x86 processor embedded in Xbox One, you can multitask with ease. You won't be running out of virtual memory or processing power anymore.

HDMI Pass-Thru
Now you won;t need to switch inputs for watching TV on your beloved console. Just plug in the cables and it's good to go.

Loaded with memory
While PC users will be scoffing at the measly 8GB of RAM and a 500GB hard drive but in reality it's more than enough for everyone. Besides, if you need more space, you could always buy an external hard drive.

Blu-ray
Blu-ray addition is certainly one of the smartest move by the Xbox team as this console won't be lagging behind any more in terms of movies and TV shows.

The console is always ready whenever you are. If you want to instantly play any game, you just need to mumble 'Start' and the console will start without you having to push any buttons whatsoever. If the disk is already inserted, you won't need to do anything at all.

Cloud gaming is a mysterious thing. Microsoft has been advertising it as the next big thing, but what is it to be exact? Cloud gaming is supposed to take all the load and strain off the hardware by assisting everything including games and apps to run through the untapped power of cloud servers.

With Sony already making its move with PlayStation Now, it still remains to be seen what Microsoft comes out with in reply. For now, the cloud gaming phenomena can be put to rest as nothing seems to be happening here.

Read Are PS4 and Xbox One already outdated?

How to increase virtual memory size in Windows 7

Virtual Memory is one of the vital factor for your system's performance.In this article I am going to tell you how to increase your virtual memory size which can result in increasing performance.

How to resolve "System Process - Out of Virtual Memory"

System Process - Out of Virtual Memory or your system is running low on virtual memory is the error message that we generally get on the daily using computers. Learn how to resolve this Windows error.