Gionee is a well-known Chinese brand which started selling their phones in India from the 2nd quadrant of 2013. They promise quality products at competitive rates and are progressing to make a strong presence in the country.

I've purchased this product from a tech shop at a price of Rs. 5700/- which was quite a deal as it had a handsome list of features, like most of the other Gionee smartphones.

The phone comes in a medium sized red box. On unboxing, the users get to see the phone on the top which comes in two colors, either black or white. Then they will find the USB cable for charging as well as file transfer, charger, this large 1700 mAh battery, users manual, Gionee warranty card, two screen protectors, a silicon back cover and a huge list of service centers (believe me, its huge!). 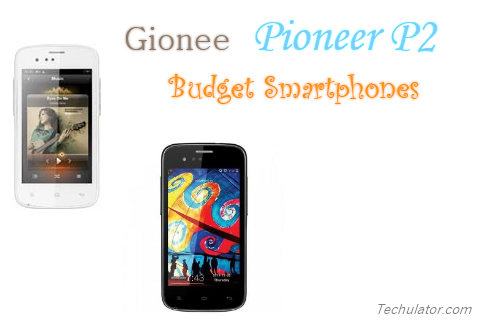 Here is the detailed specifications of the phone I bought:

Now coming to the review after over couple of months usage:

The phone has a glossy look from front and a matte-finished rear panel cover. It feels quite premium to the hands and yeah to be frank, my friends mistook it for the legendary Google Nexus 4, which is obviously a plus point. Also, I've dropped it (accidentally) from my hands a couple of times but nothing actually happened thanks to the silicon back protector, which is useful at times but makes the phone a bit bulky.

The display size is 480*800 pixels, but believe me, it is awesome. Many users stated their reviews as, 'A brilliant IPS display' on many websites. Think what makes them feel so.

Well, although this phone has only 512MB RAM, I've never experienced any lagging in its performance. Smooth switching between pages, and using the Amigo UI in this phone is an absolute pleasure. As for gaming, I've played Temple Run 2, Subway Surfers, Plants vs Zombies with ease. The Mali 400 GPU does a decent job. Also to be noted, the phone didn't get heated unlike other smartphones.

The 5MP shooter does a fair job, but you won't expect anything better at this price range. Colors are bright and quite close to the original, but pictures are a bit grainy as well as they consume a lot of memory compared to a 5MP shooter, for example, if you take a normal picture with auto white balance in the day, its size will be 3.5 to 4.5MB on an average, which is quite high. The video recorder supports digital zoom, hence videos get a bit distorted on zooming while recording. Otherwise, it takes a decent clip.

The phone supports H+ which is way more faster than normal 3G network. I own a Samsung Galaxy Trend II duos S7572, but web experience is relatively faster in P2. For example, I started downloading Whatsapp in both the phones at the same time. The P2 took less than a minute to download the 13MB app, whereas the trend II took more than couple of minutes to download it (Both used Aircel 3g)

Not to forget, this device boasts with a DTS 3D surround sound enhancement and at full volume, the music doesn't get distorted. Music experience is great with this device, although the provided headset is a bit uncomfortable to the ear.

The most impressive part of this phone is the battery. It gives a great battery back-up of almost 10-12 hours of rough usage. For moderate usage, it lasts for more than a day. I use it for making calls primarily, a hour of networking and after listening to a lot of music, the present status of the phone after full charging is 2d 11h 15m 31s on battery, still 26% left. Not bad, eh!

Overall, Gionee Pioneer P2 definitely a product, people having a tight budget has to go for!

Kudos to the author for listing the specifications of a budget smartphone like Gionee Pioneer P2 in such a detailed manner. It is indeed a big compliment to this phone that certain users feel it resembles Google Nexus 4 as far as look and build quality is concerned. For a budget smartphone to have a battery life like Gionee Pioneer P2 does, it is a big selling factor.