When it comes to the Android smartphones, whether it's useful or not, folks want big screens, quad-core processors and so on. What'll you do in case you have limited budget in hand and you would like to purchase a Android smartphone with better features? Thankfully, now there are plenty of budget friendly smartphone models that feature top end smartphone level functionalities. Within the crowded budget segment, finding the best Android smartphone is always quite a job. Let's find out the features and spec details of top budget Android devices, which are priced under Rs.5,000. 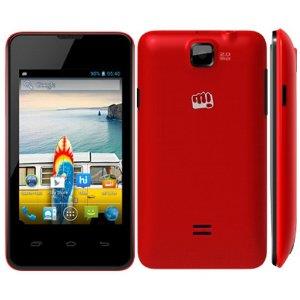 Micromax Bolt A58 is a quite attractive and budget Android smartphone from Micromax, which offers simple specs ideal for basic use and for new Android users. And, it is also priced at lowest possible price. The handset is available in two different colors - midnight black and raging red. On the spec font, the Bolt A58 features a 3.5-inch display panel with the resolution of 320×480 pixels and is run by a 1GHz dual-core MediaTek 6572M processor backed by 512MB of RAM. It has 90MB of internal storage memory for installing apps. However, you can increase the storage memory up to 32GB via the SD card slot. Additional features incorporated are 2MP back camera and a 1,200mAh battery, which the company claims that it can deliver up to 200 hours standby time and 4 hours of talk time. Talking about connectivity, the handset boasts 3G support, Wi-Fi, dual-SIM card slots and Bluetooth 2.0 and on the software front, it is powered by Android 4.2.2 Jelly Bean. It also comes pre-loaded with apps like Kingsoft Office, Opera, Game HUB, M! Live, FOTA, 3-in-one bubbles, Spuul ,Hike, and The Dark Man.

Find this handset at Amazon: http://www.amazon.in/Micromax-A58-Bolt-Red/dp/B00G9YSWQA/ 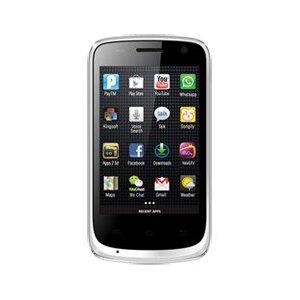 Karbonn A1+ is another dual SIM featured device, which is available in Ivory White color. It comes with 3.5-inch TFT Capacitive touch screen with a resolution of 320 x 480 pixels by giving the pixel density of 165ppi. The handset measures the body dimension of the 114.5 x 60.6 x 13.8 mm. On Spec front, it is powered by a 1GHz processor backed by 256MB RAM and Mali 300 GPU. It includes 3MP (2048 x 1536 pixels) rear camera with fixed focus, and capable to do video recording in VGA mode. There is secondary VGA camera on the front that can be used for online video calling. The device is highlighted with important connectivity options like GPRS, EDGE, Bluetooth, Wi-Fi and USB. The inbuilt internal storage capacity features 165MB, which can be expanded up to 32 GB via microSD card. FM Radio with Recording is another major feature of this handset, which allows you record whatever comes on your favorite Radio station. And, this device supports games, videos, music and faster Internet browsing. In terms of battery life, this handset relies on 1500mAh standard Li-ion battery. According to the manufacturer, it can deliver talk time up to 4 hours and standby time up to 240 hours. 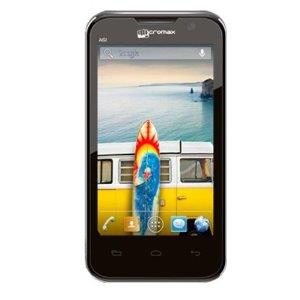 Micromax bolt A61 is an Android 4.1 Jelly Bean OS enabled Android smartphone with 4-inch TFT capacitive Multi-touch enabled display (480 x 800 pixel), having 16M color depth for an outstanding visual treat. The handset is powered by 1.0 GHz Spreadtrum SC7710 processor and 256 MB RAM. The 2MP rear shooter on the handset is efficient enough to click fast and smooth photographs. Surprisingly, this camera comes with flash, auto focus, video recording and multi-shot. A 0.3MP front shooter has also been offered to make sure video chatting, Skype, etc. It comes with internal storage memory of 135MB, which can be expandable up to 16GB via microSD card slot. It includes all the connectivity features one can expect in this price segment, including GPRS, EDGE, Wi-Fi, GPS, Bluetooth, Dual-SIM support and microUSB connectivity. A 1500mAh battery makes sure that the handset can deliver 160 hours of standby time and talktime up to 4 hours. 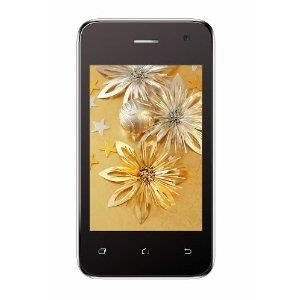 OptimaSmart OPS 41D is one of the budget friendly Android smartphone , which is available under this price segment. Currently, this device is available in two color variants - Black and White. It features 3.5 inches HVGA Capacitive Touch Screen with the resolution of 480 x 320 Pixels. The device measures the body dimension of 117 x 61.8 x 10.8 and weighs around 136g. On the spec front, it is powered by 1.0 GHz Dual Core Processor with 256MB RAM. The internal storage memory of 512MB is enough to keep the average user's apps and their data, and it can be expanded using microSD card, up to 32GB. It supports main camera of 2.0 MP, which features Face detection, Digital Zoom, Video recording, etc. It also has the features such as GPS, FM Radio and Dual SIM support. Talking about connectivity, it comes with usual features like GPRS, EDGE, Bluetooth and Wi-Fi. On software front, it runs on Android 4.2.2 Jelly Bean Operating system, which enables user to run majority of Android apps available on Play Store. In terms of battery, the handset is packed with standard Li-polymer 1350mAh battery, which delivers decent talkime as well as standby time. 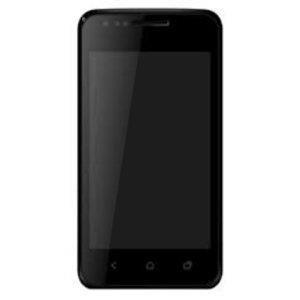 Karbon A2+ is the another budget friendly dual-SIM Android smartphone recently launched by Karbonn Mobiles, which offers the best value for money in this price segment. It comes with same old plastic finish, thick bezel and rounded corners of its predecessor, Karbon Smart A2.The handset is 124 mm long, 63.6 mm broad, and has a depth of 12.4 mm, and weighs around 110g. Coming to the specs, it is powered by 1 GHz single core processor along with 256 MB of RAM and 202 MB of inbuilt storage memory. If the storage memory isn't sufficient, then you have the option to expand it up to 32 GB through microSD card. • It has a 4 Inch WVGA display with the resolution of 800 x 480 pixels. The rear camera comes with a 3 megapixel sensor along with fixed focus and no LED flash-light, and 0.3 MP VGA Front Facing Camera comes handy for taking selfies. Connectivity-wise, it features 2G, Bluetooth and Wi-Fi. In terms of battery backup, the device holds 1,750mAh battery, which is an above average battery backup capacity for a smartphone. On the software front, it runs on Android 4.0 Ice Cream Sandwich and included some useful apps like Youtube, Whatsapp, Wechat and Outlook as well.

Find this smartphone at Amazon: http://www.amazon.in/Karbonn-A2-Black/dp/B00D13GC1Y/