I have had a Lumia 520 smartphone since 1 year and gaming is more than a hobby for me; it is my passion and my love. I have tried loads of games on my Lumia 520 as well on my Windows 8 laptop. While the laptop version games had lot to offer, these was this void of proper First Person Shooter games for Windows smartphones. To fill this void came the perfect game- CoC Zombies from AE Mobile. They have been developing some great games for iOS, Android, Windows 8 and Windows phones. Honestly, after Gameloft whose games though are free but require you to do in-app purchases in order to proceed; it is AE Mobile who have been developing the best games for Windows platform. 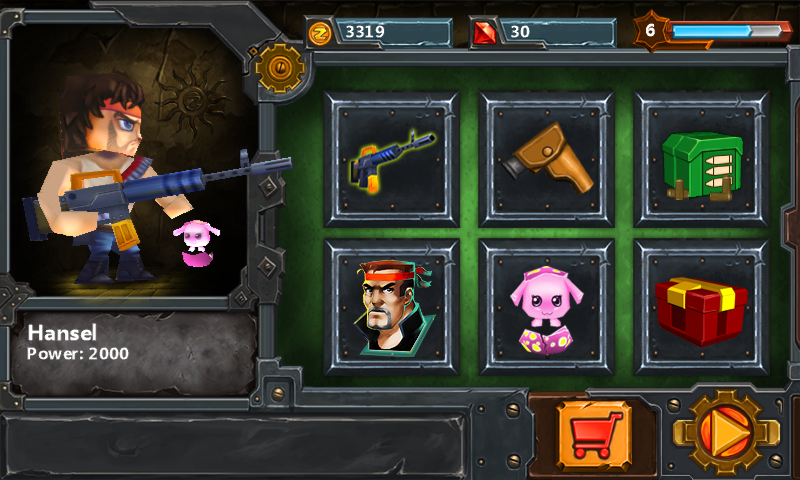 The story of CoC Zombie features a town in west where scientists of the organization DJB are doing a secret research on Zombies in their underground laboratory. However, due to some accident the Zombies get freed and are now roaming openly in the streets. SWAT teams are sent to finish of this menace and you are the first lander of the team who has to stop this Zombie rampage.

There are 3 war zones in the game- Barrack, Base and one more unnamed which will be added in the update of the game. You have to start with Barrack and only after completing all its level can you proceed to Base. Barrack itself has 30 levels with boss levels interspersed in between. Like most other FPS games, CoC Zombies improves as you progress in the game. Aim on the head of the Zombie for maximum damage and hear the monster cry out and fall down on the ground. 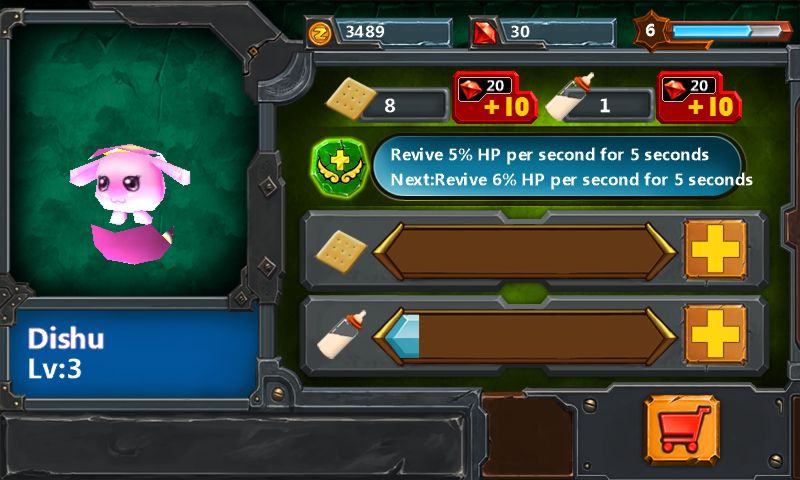 Some zombie kills give you coins while others give you biscuits and milk bottles which are used to grow you Dishu, your personal pet which brings back your HP for certain period. The more you feed it, better is its power to recharge you HP.

Each level is filled with boxes which take a lot of bullets to explore but give you health boosters, ammo and more. You have to carefully time your aim on zombies and these boxes to get the best out of both. 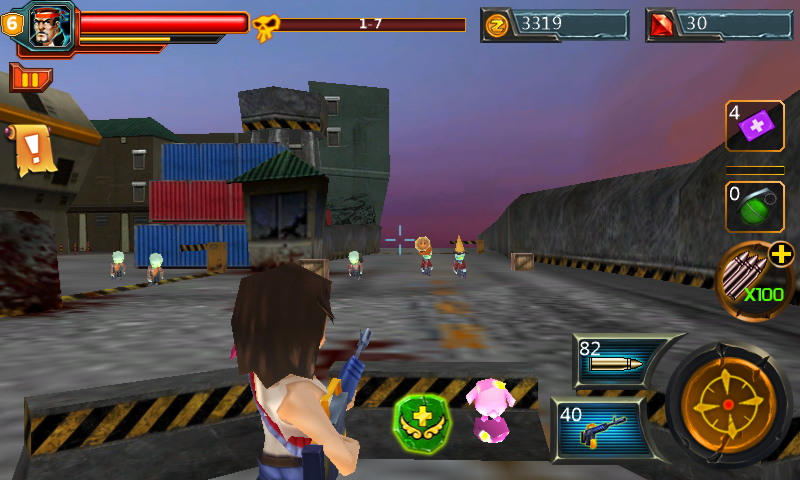 Each level has a bonus task which on completion will give you rubies you can spend to buy ammo, extra items or for upgrading Dishu.

You have the option of 5 bullets in the gameplay. First type are Copper bullets which are the cheapest and have no special power. Second are Silver bullets which have 30% more damage than the Copper bullets. Third type are Armor Piercer bullets useful after the first boss level in which the zombies have armor over them. Fourth type is Napalm bullets which explode on impact and therefore have a wider damage area. The fifth and the last type of bullets are the Decel bullets which slows down the zombie speed by 80%, quite useful when the horde of zombies is much much more than you can handle.

While the first type of this bullet can be bought for cheap at 100 coins for 100 bullets, then rest of the bullets can be bought with rubies which you get only on completing the bonus task in the game or buy making in app purchase. 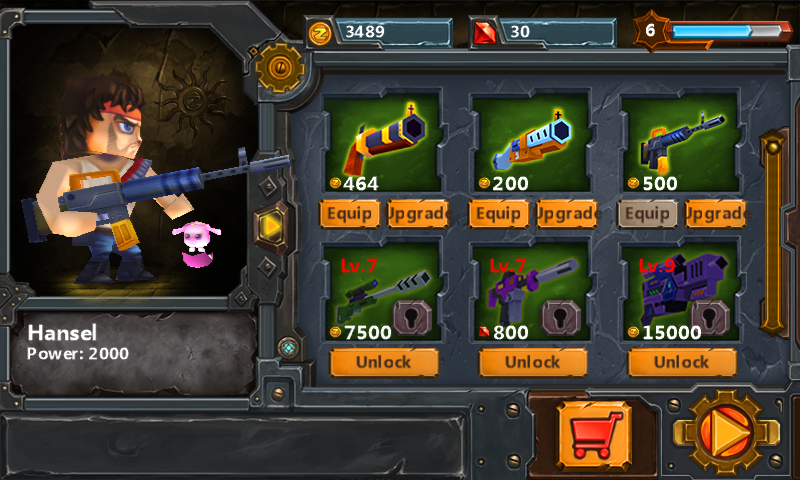 Similarly with guns, you have 6 types of guns which can be bought with coins. As you proceed in the game you will be forced to upgrade your weapons, your pet, buy extra like Grenade because the gameplay becomes so difficult.

CoC Zmobie game is exciting and addictive, graphics are sharp and the audio seamlessly fits with the gameplay (though you might find it a little loud). The onslaught of tens of zombies which can't be killed with just bullet gives you a big play field to utilize your bullets.

However, AE CoC Zombie is not a free to complete game in any sense. With no ads in the games, the developers have focused on the way of in-game purchases to fill their pockets. After some time playing it, from around level 10 you will start finding the levels too hard to complete. The only way to complete them is to go for advanced weapons and ammo. With the coins not so easy to earn and no way to buy the rubies without going for in-game purchase, you will have to spend some real world money to proceed in the game.

AE CoC Zombie is an amazing game to play with great graphics and gameplay but unless you are ready to spend some real world money in the game, don't expect to go too far in the game.