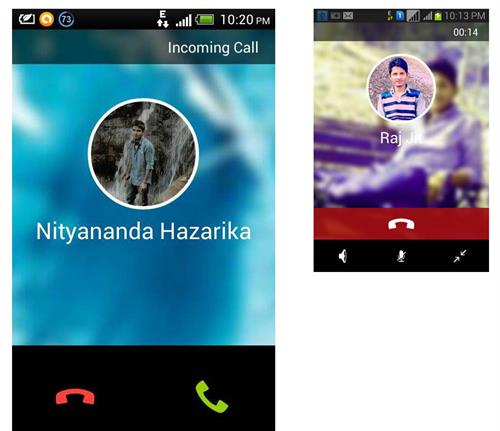 Did you notice the 'Free Call' option in your messenger app for Android or iOS? It's not a big thing even though you have not noticed it. Because, Facebook has introduced this feature in India quite silently. No official announcement till now, no mention about it in app store also. Whatever! It's a big news and a beneficial feature rolling out. Now, one can make voice call to any friends in his/her friend list provided both both have the Facebook messenger app and own an Android or iOS smartphone. Though it is called as 'Free Call', it can not be said totally free as you have to pay for the data to your operator.

The voice calling feature of Facebook messenger was first introduced for iOS in US and Canada in February last year i.e. 2013. In the later month of that year, the feature had been brought to Android platform. However, the feature was available only in Canada, US and some certain other regions. Now, it comes to India. If you are Windows phone user, you will not be able to avail this feature, you have to wait for a couple of days. This feature can not be accessed from web or desktop version also.

Let's come to the performance of the feature. I have checked out the 'Free Call' feature on Facebook messenger for Android. It works fine over 3G and Wifi network. However, 2G user may get trouble to use the free calling feature. On 2G network, sometimes it gets disconnected in the middle of call and the voice keeps on fluctuating. Hopefully, in the later version, Facebook will optimize the feature to enhance data compression so that 2G users find it compatible, just like the Skype app. The Skype app works almost fine on 2G networks. Conference facility is not available till now.

How to make a call 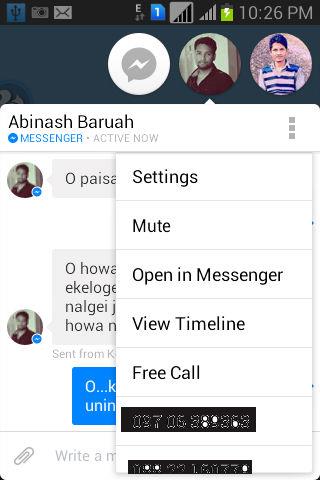 To create a call on Android devices, simply open the Facebook messenger app, select the message thread of your friend, tap the phone's menu button and select the free call option. Your call will be connected like a normal phone call covering the whole screen with the profile picture at the centre and the cover photo in the background forming blur. Calls can be made from the chat heads also following the same method. In case you are iOS user, you can make a call by selecting a friend from the conversation list and tapping the dot specified menu where you get the call option.

Though the apps or services like Skype, Google Hangout, Line, Viber etc offer voice calling or video calling feature, Facebook will get more attention in this field because we all have the highest number of our contacts on Facebook only. Also, we keeps on engaging ourselves on Facebook most of the time. Calling feature will add much more to it. So, go for it and do let us know your remarks in this aspect.
Download the Facebook messenger app from here-https://play.google.com/store/apps/details?id=com.facebook.orca for Android and https://itunes.apple.com/in/app/facebook-messenger/id454638411?mt=8 for iOS and enjoy the free calling feature.

Is there any limit on the Facebook messenger calls? Can I talk for unlimited time, without paying any money?